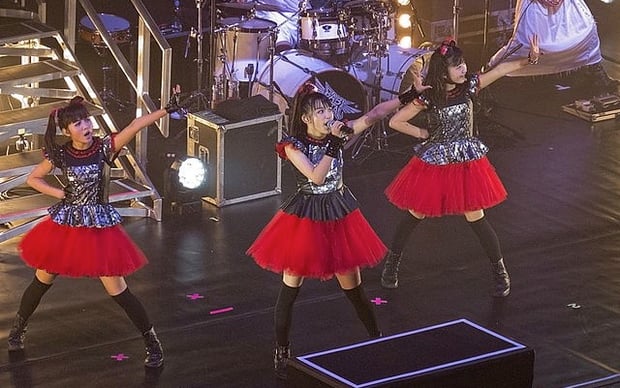 Some artists blow up young, but that doesn’t mean you will. (Photo by Fuguito via Wikimedia Commons / CC BY 3.0)

Young artists bring a lot of raw talent to the table, but they also bring a naiveté about the music industry that can not only make their lives difficult, but can totally derail a career.

While there’s nothing wrong with being a dreamer, it’s imperative to realize there’s a huge difference between a dream and reality. A young artist may have visions of signing a big contract and the world being at his or her feet, but if that’s what an artist believes to be the truth, a reality check is necessary.

In order to get a clear picture of that reality check, I spoke with 12 professionals in the industry, including publicists, artists, an artist management team, and a label owner who also runs a recording studio, all of whom have worked with young artists. They broke down the reality checks all young artists need to hear.

1. Talent does not equate to success

“To save yourself a lot of headache and heartache, please begin repeating to yourself now that your talent is not a direct correlation to your success – your effort and marketing are. My mom makes an amazing jar of homemade peanut butter, but without being marketed, how would she ever expect to compete with Jif or Skippy?” – Jake Palumbo, founder of SpaceLAB Recordings and SpaceLAB Recording Studios

2. Each step you take will require more work

“The second you hire a manager, a publicist, a team, that means you have to work 10 times harder than ever.” – Jen Appel, The Catalyst Publicity Group

3. Your career growth will take time

“A lot of young artists are misled into thinking that things happen more quickly than they do in reality. They’ll look at the near-vertical ascents of, say, Kreayshawn, or Kamaiyah, or Desiigner, and not realize that those artists are the exceptions, not the rule. Yes, every year there are a small number of artists that break extraordinarily quickly, but for every one of those, there are 100 artists that are growing organically at a slower and steady rate, and that’s totally okay, too.” – Michelle McDevitt, Audible Treats

4. Actually, everything will take time

“My biggest reality check as a young artist who is now entering the music industry is that everything takes time, and nothing happens overnight. Sometimes the industry likes to portray certain artists as if they just blew up out of nowhere, when the truth is that hard work and dedication lead to success.” – Johnny Based (age 17) of the hip-hop group RAAA (Rebellious Against All Ahead)

5. You need a plan when releasing music

“Countless young artists will leave our studio, convinced they've made a hit, saying, ‘We're about to drop this tonight!’ as they rush out the door, not realizing that to truly ‘drop a record’ involves a lot more than uploading it to your SoundCloud and sharing the link on Facebook and Instagram. There’s a lot of preparation, timing, prep work, targeted advertisement, and, frankly, money involved in making sure a record reaches ears that may be interested in hearing it.” – Jake Palumbo

“Because they're kids, and they've never really worked in the real world, they have unrealistic expectations for how long things take to get done professionally or the right way. They're young, so they're very impatient, and they're growing up in a hyper-instant gratification world with all the social media platforms where everything is out there in a second on Snapchat, which definitely adds to their sense of urgency to throw stuff out there before it's really ready.” – Tiffany A. Wentz (Wentz Entertainment Group, LLC) and Richard Laurent (Laurent Enterprises, Inc.), co-managers of RAAA

“The biggest reality check about the industry that I’ve experienced is how crucial it is to make and release music at a certain time. I had always imagined that artists just create music and send it out to the world to hear, but now I realize things are much more complex than that.” – David Lee (age 17) of the hip-hop group RAAA

6. You have to learn the business side of music

“It's been a bit of a wake-up call for me realizing that you have to have a really clever business model of your own to get your stuff out there. As an artist, I don't enjoy the business side that much; I just want to create. I am starting to enjoy [the business side] more, though, as it is forcing me to brand myself, and explore things about myself as an artist that I normally would not.” – Brooke Moriber, singer who started as a child actor on Broadway

“Nowadays you have to be more than an artist. With social media and so many other platforms out there for us to brand ourselves, it comes to a point where we are 100 percent involved in how our image is portrayed.” – Ceddyjay (age 17) of the hip-hop group RAAA

7. If you want respect, you have to show respect

“There is a certain way to act and treat others around you. Whether it be your fans, your team, the media, agents, or even labels, nobody owes you anything. You should be grateful for any support you receive, and appreciative of the opportunities offered. Talent alone will not sell itself, and especially as a young artist trying to make it in the industry, an inflated ego is your worst enemy. You have to work hard, and give respect to earn respect.” – Stephanie Maksimow, The Catalyst Publicity Group

8. Cash rules everything around you

“Young artists typically have little to no concept of the value of a dollar. Not only do they lack even a cursory understanding of how exactly their talent is converted into currency, they don’t have any understanding or appreciation for how much it costs to maintain a career in music. Often, young artists will receive advances – which are likely to be dreadfully stingy as is – and then promptly blow all that money on creature comforts and non-necessities. Artists with poor finance skills leave themselves wide open to be taken advantage of.” – Andrew Wetzel, drummer for Nine Shrines

9. You need to connect with people on a real level

“Nobody owes you anything because you sound and/or look appealing. Give the audience a reason to want to connect with you.” – Rick Eberle, Rick Eberle Public Relations

10. Your small fanbase can play a big role in your career

“I think [young artists] tend to overlook the importance of nurturing the small fanbase that they do have, and converting those supporters into diehard fans for life. [Instead], they’re constantly looking for the next quick scheme to get in the game – pay-to-play, fake followers, etc.” – Jake Palumbo

11. You have a limited number of places where you can perform

“A lot of venues won't allow underage artists to perform, so you have to get creative about where and how to create performance opportunities, whether that's at private parties/backyards, high schools, community centers, warehouse spaces that don't have liquor licenses, busking, etc.” – Tiffany A. Wentz and Richard Laurent

12. Staying at home is not an option

“I didn't realize how much traveling outside of touring you need to do in order to make and keep up the connections you need. I am a native New Yorker, and always thought the industry was mostly here, but it seems to have shifted a lot to Nashville and LA, so I have been traveling back and forth a lot.” – Brooke Moriber

13. You need to have your own identity

“You break yourself into this wild industry by being creative and never giving up – by being different, and offering a brand and style that is undeniable.” – Jen Appel

“The internet has made it easy to gain followers and create hype, but you still need to be able to write great songs and/or perform them.” – Rick Eberle

15. There are no magical "right people"

“I need young artists to understand that the idea of merely being ‘heard by the right people’ to get your way in is a myth... as is the notion that paying to open up for famous artists, paying for fluff showcases with ‘industry judges,’ or merely bumping into a famous artist out and about somewhere will skip them to the front of the line.” – Jake Palumbo

After reading these reality checks, some young artists may now think their music industry dreams are over. However, while the dream of signing a deal, instantly being famous, and having a stress-free life is no more, if your dream is to be a recording artist, knowing these realities will only help you towards your goal.