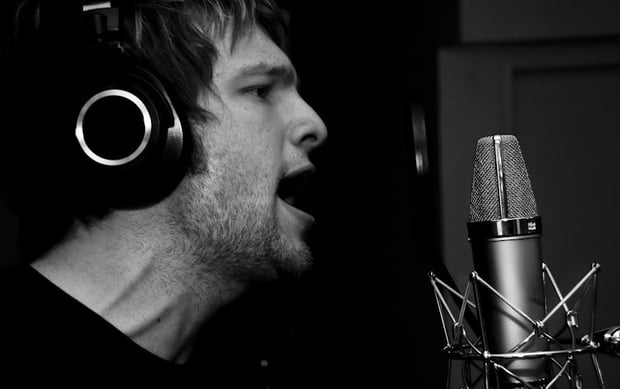 Vocal production is the first step from demo recording to radio-ready recording. A song with a well-recorded, well-mixed, and well-arranged vocal is so much more valuable than a song with a crappy vocal, even if you have nothing but a simple guitar or piano as instrumentation. It really is the best bang for your buck. The fun bit is that it's not at all hard to upgrade the quality of your vocal recordings. All you need is a decent mic, a cheap interface, and some practice. Hell, I record all my vocals with gear that isn't worth more than $1,500, and I'm making my living with this. Pretty good investment, I would say.

The thing about vocal production is that most people hate doing it. Songwriters hate it because it's technical, and beat producers hate it because the human voice is an instrument that's difficult to understand unless you're a singer yourself. There's an art to working with singers, getting the best emotional performance out of them, and then spending hours per song on editing the takes, pitch-correcting the vocal, and using post-production to end up with a vocal that sounds like it was recorded in a million-dollar studio. Except it wasn't. Booyah!

Today, I want to focus specifically on what's involved with pitch correcting a vocal. I'll spend a few weeks discussing this topic in depth, because there's a lot more to it than setting the plugin on "T-Pain mode" and letting it run. There's an art to it. Like Mozart, but without the "moz."

What pitch correction has done for singers is shift the focus in the studio session from getting the pitch right to getting the emotion right. I remember reading about recording sessions in the early days that would run for weeks just to get the lead vocal perfect. The singer had to think about pitch, timing, inflection, and emotion all at the same time. With Auto-Tune or Melodyne, the singer really only has to fully focus on emotion and vibe. This is a huge time saver. My recording sessions usually don't run over 1.5 hours per song. It's also a huge stress reliever for the singer. I want my singers to walk away feeling like it was a breeze, like they did a great job – not like they couldn't hit that one note perfect enough and they should probably give up on this music thing.

The two most common plugins for pitch correction are Auto-Tune and Melodyne. I'll dive into more specifics on each in upcoming articles, but if you're new to vocal production, the brief overview of each plugin below is a great place to start!

Before you start yelling at me that pitch correction is a creation of the devil himself and I should be ashamed of my life, let me agree with you that pitch correction has been used pretty terribly in the last few years in the pop music landscape. As you probably know, the plugin most often used the most to achieve the "robot" sound, among others, is called Auto-Tune.

Auto-Tune has a handy little automatic feature that lets you "set it and forget it." You just let it run, and the plugin will push any notes that are "off center" back into the middle. If you set the dial to "hard," it'll sound robotic. If you set the dial to "soft," it'll sound more natural, but won't make the vocal as laser-like as some styles demand it to be. So, in most instances, the goal is to find a middle ground.

Melodyne, that sweet, sweet moneymaker, is my personal plugin of choice. It cost me a little bit when I first got it, but it's more than made up for its price tag. It's a freaking beast of a plugin, and it's still running strong.

Melodyne uses a feature called Graph Mode, which allows you to move the pitch of each sung note by hand. Yes, by hand. It's a lot of work, but it gives you a ton of control over how much you want to correct each pitch. Melodyne is an especially great option for singers who want to sound more organic. Personally for me, my job is to make the pitch correction invisible. If people know a vocal has been messed with, I failed at my job.

Another crucial feature of Melodyne is Time Correction. This allows you to mess with the timing of your vocal. If the vocal is a little too up front in the beat, you can pull it back to feel more "in the pocket." If the vocal has a few timing hiccups in fast parts or slow parts, you can move that around. This is especially useful for backing vocals that need to be completely tight with the lead vocal.

Check back next week to learn more about vocal production!