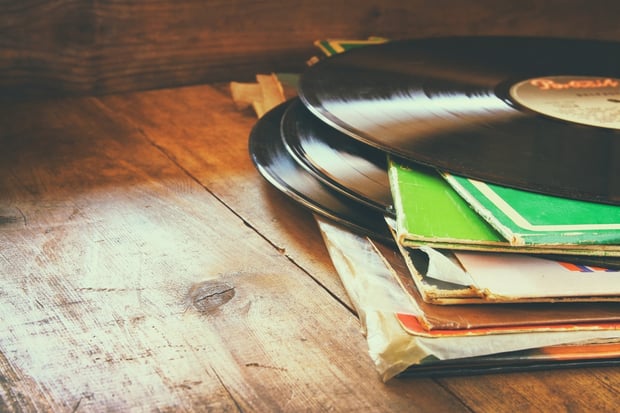 It’s 2016, and I hate to be the one to tell you this, but if you're just starting out and you want to make a living in this business and grow your fanbase, it’s not enough to simply create great music anymore. Your next project also needs a story that people can consume and get behind.

There's more music being created these days than ever before, and it’s readily available all around the world. Anyone with a few programs on their laptops or a guitar can write a song, and in just a few days, it can be available on iTunes, YouTube, and the largest and most popular streaming services. A lot of it is either fine or pretty lackluster, but there's really a lot of very good music out there. I probably don’t need to remind you that much of it goes undiscovered by the masses. That’s an unfortunate reality of the world we now live in, and it can happen to anyone.

One of the big challenges is making sure your work is heard by those with some power in the industry. I’m talking about those at record labels, companies looking for songs that will fit perfectly in advertisements, and perhaps most importantly, the media. Getting the attention of bloggers and writers in the music space is incredibly difficult and it is seemingly becoming harder by the day, but it’s still very important.

I can tell you that I personally receive a few hundred pitches every single day, and there's no way I could listen to all of them, even if I wanted to. I don’t even open many of them, but I find that with many of the ones that I do get to, there's almost no reason for me to hit play. If I don’t know the artist and I’m only receiving this "recommendation" (aka, a pitch) from either a publicist or a musician I don’t know, chances are I won’t listen to it.

It’s not enough to send somebody music – you have to tell that person why he or she should use even just a fraction of his or her highly valuable time to take a chance on you and your new tunes.

If I had a nickel for every time a publicist told me I "had to" listen to something because the artist was the "next big thing" and the new music they were releasing was amazing, incredible, their new favorite, or any of the million other positive terms that get thrown around on the daily, I’d have already retired. Talk is cheap, and the same words come from every direction, so you need something else to back you up.

When your new single or album has a story to go with the music, there's one more reason for a writer to give it a chance. But what do I mean by a "story"? Well, it can be almost anything. Is this your first album in 10 years? Have you come out of retirement after fans demanded it? Was your album funded by one anonymous donor on Kickstarter, or perhaps the entire project got the money it needed in just a single day? Did you work the shittiest of jobs to pay for studio time? Maybe you traveled through a country and were inspired to write the songs featured on this new collection.

What the story is usually isn’t the issue, as long as there is something really interesting there. Now, your "what" can be a schtick, but it’s better if there’s something of real substance to share. It might be fun to reveal that you recorded the entire EP you’re plugging in just ten minutes, but that kind of story only goes so far. Dig into what the music is really about to find what you want to tell people outside of the songs. Explain it in a way that people can understand and grasp, and in a manner that really hooks them and makes them interested.

This might be a bit disheartening to hear, and I understand. There are so many talented musicians that work tirelessly to create amazing art that gets ignored, while pop stars get all the glory for songs that may or may not be any good. It should be enough to have people judge your music on its own merits, and for the most part, they will – but it’s getting them to even try it in the first place that’s the trick. Having an amazing story to tell before someone has pressed play is just a helpful way of "getting them in the door," to borrow a phrase from the retail world. If you convince someone to listen to your new album because you pitched it with an incredible tale, that’s wonderful, but if the music sucks, they won’t return, and you won’t get that word-of-mouth promotion or the article you were hoping for.

At the end of the day, it usually is all about the music... but the marketing certainly helps.