6 Questions Songwriters Should Ask Before Demoing a Song 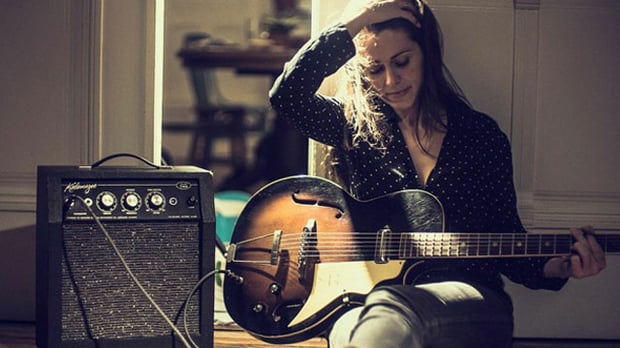 So you've written a song that you're excited about and feel like it's got a real chance of getting cut or placed in a film or on TV. That's great news. Now the trick is to be sure you're asking the right kinds of questions of yourself and others before you spend good money creating a quality recording. I've put together a list of the six big questions you should ask before demoing a song.

1. Are you prepared to do this professionally?

This sounds like an unnecessary question, I know, but especially early on, songwriters have a tendency to try to cut corners or take a more DIY approach to demos with often amateurish-sounding results. Why would you want to compromise a great song with a mediocre demo just to save a few dollars? The best way I've heard this put is the quote, "Cheap can be expensive." Either you have to have spent the necessary time yourself to become an expert engineer, instrumentalist, and singer in your own studio, or you should seriously consider using a professional studio, musicians, and vocalist.

[5 Crucial Rules for Recording a Demo]

2. Is your song finished?

I know this sounds like another seemingly unnecessary question, but I can't tell you the number of times songwriters have shown up at my studio to demo a song with unfinished lyrics or unresolved melodies. I get it. It's exciting when you've written a song and you want to get it out in the world as soon as possible. You figure that you can tweak your lyric or melody in the studio but, in my opinion, the studio is the absolute wrong place to try finishing a song. There's nothing more stressful than trying to create when you're paying a dollar a minute or more. Do yourself a favor and make certain your song's melody, lyric, and structure are completely done before you schedule your demo.

3. Is your lyric sheet 100 percent accurate?

Often, in the time between finishing your lyric sheet and getting your song ready to demo, the lyric undergoes a few more minor – or sometimes major – tweaks. Taking the time to make certain that every word on your lyric sheet is what you want the demo singer to sing is well worth your while. At the very least, you'll waste valuable studio time having the singer modify the lyric sheet, but if you're not paying close attention during the session, the demo singer might end up singing your old lyric and you'll be in the unfortunate position of having to re-hire them to come back and sing the proper lyric. Fortunately, it's a problem that's easily avoided by double- and triple-checking your final lyric sheet.

4. Do you have a definitive rough recording of your song?

For me, a "definitive rough recording" means you've made a simple, low-fidelity recording into your laptop or smartphone which conveys the proper lyric, melody, and chords of your song. This is generally done with a single instrument and sung by one one of the songwriters in the room after the song is completed. As I've said before, there's no Grammy award for best rough recording, so don't agonize over this. The reason it's useful is it can be sent to the demo singer in advance of the session and referred to when the session musicians arrive. It's always better to have a recording than to assume you'll just be able to play and sing for the musicians or singer in the studio. It's amazing what you forget when you're put on the spot. Stick to your rough recording.

5. Do you have a compelling reason for doing a full-band recording?

The temptation to want to dress up your songs is a very real and potentially expensive one. While I'm well aware that nothing sounds quite as good as a fully produced recording of your song, it's more important to ask yourself whether the pitch opportunities you're considering really require it. There are only a few good reasons to do a full-band recording that justify the expense, such as a film/TV pitch where the scene requires it or an artist demo where you're showcasing not just the song, but the artist's sound. Otherwise, I'd strongly suggest that you consider a high-quality single instrument (guitar or piano) and vocal. This is more than enough to convey your melody and lyric in a professional setting. Also, remember that you can always add additional instruments and production if a later situation warrants.

6. Do you have a full explanation from the studio of all the costs?

When you're choosing a studio and booking your session, don't forget to have a frank discussion with the studio owner regarding any and all potential costs. Sometimes a studio's hourly rate isn't the only cost you'll incur. It's enough to ask exactly what your costs will be. Often, conversations about money can be uncomfortable, but if you're treating your songwriting as a business, then it's essential. It's always better to have a full understanding of your costs going into a session so that you can avoid a potentially awkward conversation later. Even studios that have an hourly rate should be able to give you – within an hour or so – a fairly accurate estimate. Discussing the money up front and getting it out of the way is a great recipe for enjoying your session without being distracted by non-musical things.

The decision to demo one of your songs should never be taken lightly. You're attempting to put in permanent form a representation of your song that you'll use and pitch for many years to come. The demo process itself can be great fun, especially if you've taken the time to properly prepare and do the necessary homework. As I was told once, "It's better to prepare and prevent than to repair and repent." I couldn't agree more.

If you’ve ever wondered about the exact chain of events that takes place from the time a song is written and demoed until it winds up on a Top 10 Billboard charting album, purchase Educated Songwriter’s “A Day in the Life of a Demo” webinar for $14.99.

Cliff Goldmacher is a songwriter, producer, and author with over 20 years in the music business. Click here to get a free copy of Cliff’s e-book, The Songwriter’s Handbook.