5 Crucial Rules for Recording a Demo 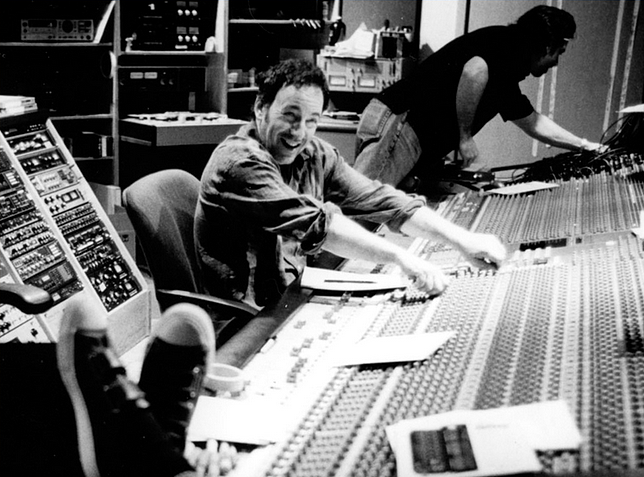 At a time of unprecedented access to recording technology, what space does the demo occupy? The relevance of the demo is arguable twice over. Most significantly, a tremendous amount of music is now made "at home" on widely available digital audio workstations. Furthermore, the sonic texture associated with so-called "lo-fi" (so frequently conflated with "demo quality") has been aesthetically acceptable, even preferential, for 10+ years now.

Case and point: Greg Milner explained in his book "Perfecting Sound Forever" that Bruce Springsteen's sparse album "Nebraska" was mixed down to a Panasonic boom box that had been dredged up from a New Jersey river. The choice to release such an earthy recording commercially was audacious in 1982, but would shock no one in 2014.

Still, the demo is an enduring concept for reasons ranging from the economic to the social. For some artists, a demo can serve as a taste of what they're capable of, a vessel meant to land in the hands of someone who can open the doors to greater resources. For others – specifically in the metal and hardcore communities – a demo is a first missive to the scene: not quite a debut album, but more importantly, something available to their peers at large. In either case, most artists would rather not shoulder the weight of both executing and documenting their performances – all the better to use home recording to get an idea of what will later be captured in the studio. After all, most recording studios have invested thousands of dollars (at least!) in microphones and preamps, and (hopefully) thousands of hours in the pursuit of knowing how to use them. So unless you're an auteur or a control freak (what's the difference?), here are five suggestions on how best to approach your demo.

Are you making a demo to send to the producer you'll be working with in an upcoming session with the goal of making him or her more intimately familiar with your music? Or are you sending a demo off to a label or blog with hopes of getting their attention? With regards to sending demos to labels, this approach always seems a little unrealistic to me, but you'll occasionally hear success stories - think about Deafheaven's defining relationship with Deathwish Inc. based off a strong demo. [Ed note: We have some thoughts on how to get your music to journalists.] Either way, all of these factors should be considered when recording your demo. While you might not be expected to produce something of releasable clarity, be aware of what makes each song unique and try to highlight those elements. Give the same attention to the tracklisting that you would give to an album. Presenting your music clearly to your intended audience is what's important.

You can drive yourself crazy mic'ing every individual drum, or you can get a good kick sound, put up two overheads and call it a day. Because think about it: are you trying to impress the listeners with your home recording skills, or are you trying to impress them with your songs? If it's truly a demo, by its very nature, it is a demonstration of potential, not precision.

Naturally, depending on the genre you're working in, the process of demoing will be different: bands might tend to track live, whereas more electronically-focused artists will be working "in the box" (in a DAW such as Pro Tools). Bear in mind that in a perfect world, you'd have unlimited time in the studio. But when you're recording under the pressure of a studio's hourly/daily rate, you won't. So if you won't be able to labor over each minute detail in the studio, you shouldn't work under those conditions while demoing. Make it happen, make it sound the best you can, and move on. Don't be one of those unknown geniuses who can't finish revising their demo.

In an issue of Tape Op a few years back, producer Alex Newport (At the Drive-In, Bloc Party, The Locust) talked about the deluge of wild grindcore acts who were banging down his door after he worked on The Locust's 2003 album, "Plague Soundscapes." In the pre-production stage, Newport began requiring his clients to do the unthinkable: play their songs quietly. By reducing their volume to a conversational level, these bands – so accustomed to jarring juxtapositions of chords and rhythms – discovered bum notes that might not have been audible through the fog of distortion. By uncovering the errors masked by noise before you record, you'll save yourselves the headache of discerning exactly who screwed up after the fact.

4. "Honor thy error as hidden intention."

That phrase was inscribed on one of Brian Eno's famous Oblique Strategies cards. Whenever the famed composer/producer was stumped in the studio, he'd draw a card from this cryptic deck of his own invention to find inspiration. This is also sage advice for anyone making a demo. For bands, recording the demo live (not overdubbing) can potentially be different each time in subtle ways. Ask yourself: when contrasting different takes, what makes one more unique than the others? Did someone make a mistake that may have improved the song? A demo might be the first time one hears their music from an outside perspective, i.e. not performing it in real time. When listening back, don't look for what was "wrong" – listen for what was interesting and unavailable to you when you were "in it," actively playing.

The flipside to Rule No. 4 is a need to be flexible when abandoning your demo for your studio version. Demo-itis is the commonly diagnosed malady that artists suffer from when they can't let go of a particular performance or tone from a demo. When working in a studio setting, you're ideally working with a producer whose job is to be aware of the mechanics of sound. It's their prerogative to exploit their resources to get the best sounding result. While your demo may have a certain something that you as the artist may have preferred, it's in your best interest to trust the producer, take advantage of the studio and not cling to your demo's idiosyncrasies. Unless, of course, you think you can clean it up enough to make it the album. Check out Sonicbids' articles on recording if you decide to go that route.

Arm yourself with these tips and some home recording gear and you'll be ready to get started! Plugging yourself into a Tascam USB audio interface and firing up GarageBand could plausibly do the trick. Or consider a cute little digital multi-tracker like the Zoom R16. Either way, head down to the practice space, get a decent set of headphones, and who knows? You could end up with something that sounds at least as good as "Nebraska" ...whether the songs will be as good is another story.