Can Musicians Actually Learn to Be More Creative? Here's What Science Says 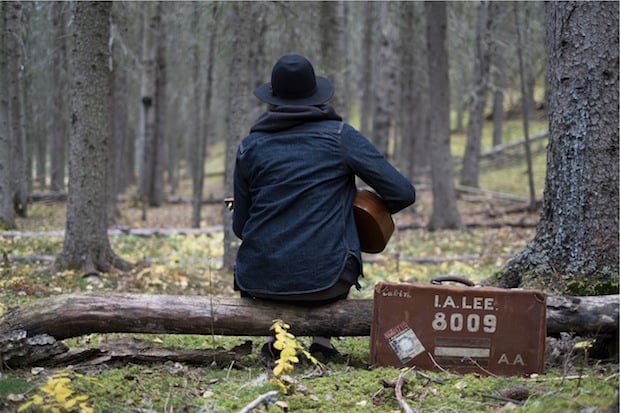 Photo by Jenelle Ball via stocksnap.io

The internet is full of tips on how to become more creative. You’ve probably read articles on this very blog that promise to help you become more creative as a songwriter, lyricist, improviser, and all-around human being. These tips can be helpful for getting us motivated to make great music, but how much to they actually enhance our creativity? Is it even possible for a person to become more creative, or is creativity simply something we’re born with? After all, all of the creativity tips in the world would be useless if there was no way to change our natural creativity levels. Fortunately, scientists have been interested in the study of creativity for a long time, and what they've discovered sheds a lot of light on the creative struggles that many musicians deal with every day.

Before determining whether or not people can become more creative, it’s important to define what creativity actually looks like. A common definition that psychologists and neuroscientists use when measuring creativity looks something like this: “A creative idea will be defined simply as one that is both novel and useful (or influential) in a particular social setting.”

So in addition to being unique, a creative idea must have some practical application. That’s why your idea to make a hedgehog trampoline isn’t exactly a creative one – while it’s novel, it may not actually be useful.

The good news is that every human being on Earth has the ability to come up with creative ideas – you just have to train your brain to think the right way.

One of the keys to making yourself more creative is understanding how creativity actually works, and most scientists are in agreement that creativity works more as a process than a single moment of discovery.

Gerard Puccio, who chairs the International Center for Studies in Creativity at Buffalo State College in New York, has identified four distinct stages of creativity: clarifying, ideating, developing, and implementing. “Clarifying is ensuring you’re asking the right question; ideating is about exploring as many solutions as possible; developing and implementing are making sure the idea is practical and convincing to others,” Puccio explained to the BBC.

Identifying creativity as a process tells us that creativity isn’t something we can expect to happen upon in an instant. While a single thought may spark a creative pursuit, creativity doesn’t actually occur until we’ve wrestled with that thought and found a practical application for it. The idea of creativity as a process also tells us that creativity isn’t something that just falls from the sky; by asking the right questions and exploring the right thoughts, we can discover creative ideas from within ourselves that we didn’t even know we had.

Silencing your inner critic can also help you think more creatively. Rex Jung, a neurobiologist and creativity specialist at the University of New Mexico, has discovered that people who display creative thinking patterns are able to essentially turn off the analytical portion of their brain when coming up with creative ideas. This allows them to access what psychologists call “divergent thinking” – the process of making connections that others haven’t made before.

At the same time, your inner critic has an important role to play in the creative process as well: A study from the University of California in Berkeley has demonstrated that group brainstorming sessions are actually more productive when ideas are debated and criticized. This contradicts many people’s assumptions that brainstorming sessions work best when ideas flow freely and no thought is rejected.

The art of perseverance

While we can think of many musicians and other public figures who we might call creative geniuses, it’s hard to actually find people who can be creative all the time. Picasso, for example, painted around 50,000 works, but it’s only a small fraction of those works that we display and celebrate today. The same could be said for many great songwriters: for every hit single, there are likely to be dozens or even hundreds of songs that just didn’t work out. Remembering that even the most creative minds have trouble summoning up creative ideas at times can take some of the pressure off of your own creative work.

So creativity, it seems, is a fickle beast. In order to stimulate creativity, you should be relaxed, but you also need to be diligent about making time to be creative. You also want to be free with your ideas, but not so free that you dismiss criticism altogether. It’s all very Zen. The good news is that the more you practice the creative process, the more you’ll be able to find that sweet spot between hard work and relaxation, freedom and limitations, where your mind is at its best and your ideas go from banal to brilliant.

And if you ever find yourself wishing you were more of a "creative person," just remember that according to scientific research, you are – you just need to keep working at accessing the creative ideas you already have, but don't know about yet.