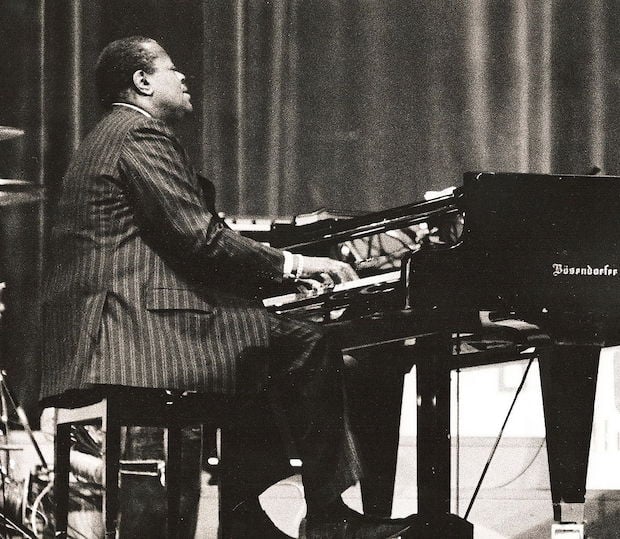 Oscar Peterson in 1977. (Photo by Hans Bernhard via Wikimedia Commons)

When most people hear the word improvisation, they immediately think of jazz, but limiting improvisation to the realm of jazz does a disservice to all musicians. Learning to improvise well is one of the best ways to improve your musicianship, no matter what genre you play in. Improvisation can help you write better songs, play better solos, come up with more interesting parts, and generally become a better musician. After all, as Wayne Shorter said, "Composition is just improvisation slowed down, and improvisation is just composition sped up."

Jazz musicians, however, are definitely the experts when it comes to improvisation, and if you listen to what they have to say, you’ll find plenty of tricks you can use to advance your own playing. Here’s what four great jazz players have to say about learning to improvise.

Legendary pianist Bill Evans was known to say that "practicing one tune for 24 hours is better than practicing 24 tunes in one hour." Evans played a lot of songs over his career, but he was also known for playing many of the same songs over and over again. That’s because he loved the idea of really getting to know a song before improvising on it. "Intuition has to lead knowledge but it can’t be out there on its own," Evans said.

The lesson? If you’re trying to come up with new parts for a song, spend some time listening to what’s already there. You might be surprised at what you hear. Then, once you know the melody and the chords intimately, you can start playing with them and changing things around.

Here’s a conversation he had with Marian McPartland in 1979 where they discuss this concept in more detail.

A lot of players feel like they get stuck in a rut when improvising. That’s because when we learn music, we develop certain habits that are hard to get out of. Guitarists can be especially susceptible to this trap because their instrument is so pattern based, but this same phenomenon often can apply to other instrumentalists (and even singers) as well.

In order to break out of some of these habits, guitarist Bill Frisell likes to put physical restrictions on his playing. In this video (starting at 7:30), he shows how playing a scale on just one string can lead to new ideas.

If you’re not a guitarist, you can experiment with other ways of applying this same method to your instrument. Try blocking off certain keys, for example, or playing with just one or two fingers. Anything you can do to create limitations will force you to use your imagination and think more creatively. Once you start to play this way, "things start happening that maybe you wouldn’t think about," according to Frisell.

Sometimes we can also fall into the trap of thinking about improvisation in terms of right and wrong. We ask questions like, "Which scale should I play over this chord?" or, "Which notes am I allowed to use here?" Not only is this approach limiting, it can also be intimidating. If we think too much in terms of right and wrong, we risk becoming so scared of playing a wrong note that we lose the ability to play anything interesting.

Instead of asking these types of questions when he improvises, guitarist Julian Lage asks himself another question: "What am I curious about?" By following your curiosity, you’ll venture into uncharted territory that’s not only interesting, but also sounds good to you. Lage’s one rule when improvising? "If it sounds good – awesome!" Here’s a recording of a masterclass where he expands on that concept (starting around 17:30).

For trumpet player Clark Terry, improvisation is all about innovating on what came before you. Here’s what he had to say in 1993 about copying your idols.

The path to innovation for Terry is simple: it starts with copying someone else’s style. To find your own voice, however, you have to experiment with that style in order to make it your own.

One player who demonstrates this method perfectly is Oscar Peterson. He could perfectly imitate the playing style of his idols – people like Art Tatum and Nat King Cole. Then, by putting all of those styles together and adding his own twist, he developed his own unique voice, which is one of the most recognizable in jazz today. Here’s a video of Peterson demonstrating his imitation abilities.

Notice how Peterson says he doesn’t sing much because he sounds too much like someone else (that someone happens to be Nat King Cole, whom Peterson recorded a tribute album for in 1965). Although he could imitate well with his voice, Peterson is known primarily as a pianist because he used the piano not just to copy others, but to innovate the styles of those who went before him.

So if you feel like you don’t know where to start when improvising, start by copying some of the greats. Even learning note-for-note transcriptions of solos can teach you a lot about how your idols thought and played. From there, you can incorporate some of the previous tips to innovate on what you’ve learned.

And that’s how it’s done. Play us out, Oscar.