Bands: You Should Have These 7 Things Ready to Go the Moment a Writer Asks 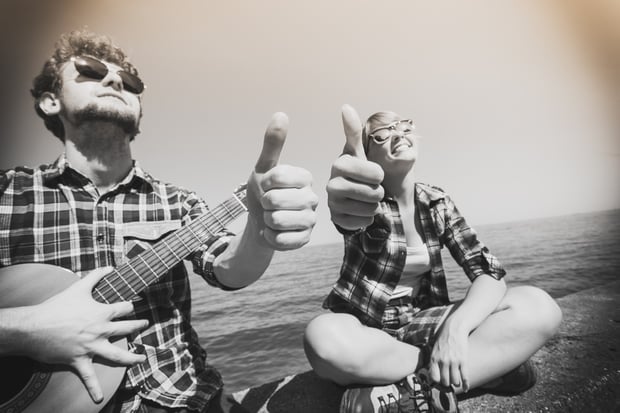 Whenever you get the attention of someone in the media, it’s as if lightning has struck. So many writers are flooded with music and are busier than ever, so if you do manage to get someone to listen to your work and they deem it good enough to write about, make sure you're ready for them and for this opportunity.

There's nothing worse than deciding to promote something and having to ask for a specific piece of information, only for the artist (or their manager, their publicist, whoever it may be) to not get back to you with what was needed for several days. By that time, the ship may have sailed, and you’ve lost out on a placement.

Here's what you need to have ready to go at any given moment.

1. Your music, on several different sites

This might sound like the single most obvious item for this list, but what I really want to highlight is the “on several different sites” idea. I've had many a publicist – and even artists themselves – send me music on one platform, and it was something I wasn’t familiar with or that I didn’t use. Uploading your music to a website like Spotify is a good idea, but if that's the only place where your tunes can be heard and a certain person – be it a writer, talent buyer, or even just a potential fan – doesn’t have an account, do you really expect him or her to take the time to create one just to hear what you’ve been working on?

I’m not saying you shouldn’t send out links to platforms like Spotify, but at the same time, share a link to YouTube, SoundCloud, Bandcamp, or whatever else you want to use. In fact, if you do so in an organized manner, feel free to link to all of these websites, because it certainly doesn’t hurt to give people options.

[The Good, the Not-So-Bad, and the Ugly Ways to Send Your Music to a Blogger]

There aren’t many writers that will demand or even want a download of your song or album at this point, but you should have it available. The tricky thing here is that you might have the songs and the record ready to go on your computer, but sending it can be difficult, as there is no way you can email a full album as an attachment.

Look into websites that allow you to host large files and that allow people to click a link and download it. Again, you likely won’t come across many people who are interested in a download when they can just stream the music somewhere else, but it’s easy enough to have a download prepared, just in case.

Every band knows they need a photo, but you might be surprised how many of them aren’t professional... or even very easy on the eyes. If someone wants to write about you and your music, they are going to need a photo of you, and if you don’t have one that is worthy of their blog, magazine, or website, it’s really a bummer for the writer.

I’m not saying you need to spend thousands hiring a photographer and booking studio time, but your main promotional image shouldn’t be a snapshot taken with the front-facing camera on your iPhone. Getting someone to take a hi-res photo of you and your band is easier these days than ever, so don’t skimp on this step.

[5 Ways to Impress Music Journalists With Your Promo Photo]

Along with photos, you’re going to need the name of who took them. You should have this information for any picture you’re going to use anywhere in a promotional manner, be it on social media, your website, the booklet of your album, or for media.

It’s really not difficult to share the name of the photographer, and in fact, I often find it easiest when bands or publicists simply keep the name of who took the picture in the file name. Not posting who snapped a photo can get writers in trouble, and having to ask for this is always annoying, so make sure to provide it from the beginning.

While you may think your music will speak for itself – and it might – that doesn’t mean those writing about you don’t need more info. Trust me, it’s really difficult to come up with a few hundred words about a band nobody knows when they themselves don’t say anything about who they are, where they’re from, or what they’ve done.

I understand that some people don’t like to talk about themselves, and that the idea of being “mysterious” is sexy and cool, but it’s really not helpful, especially when someone has decided to take some of their precious time to give you some attention.

Again, something that shouldn’t even need to be mentioned, but here we are. I have had to request the artwork for albums and singles before, and sometimes it comes back to me in an unusable format. If you’re promoting a new piece of work, wouldn’t you want to show off the cover, which you likely worked really hard on or spent a decent amount of money on to get it just right? Share the imagery right away, and make sure you give writers immediate access to a hi-res, large version of that picture.

Not everyone will want this, and in fact, most bloggers won’t bother asking, but it’s good info to keep handy. Have on hand the names of who wrote, produced, engineered, and mixed your record, as well as who the publisher is, which label it was released on, and which studio it was recorded at. It’s also good to keep track of who the musicians and backup singers were, if you used any.

Even if writers don’t care, you’re going to need it eventually for legal or monetary reasons, so why not have it in a format that writers can use, if they're so inclined?