5 Ways to Get Professional Band Photos Done Cheap (Or Free!) 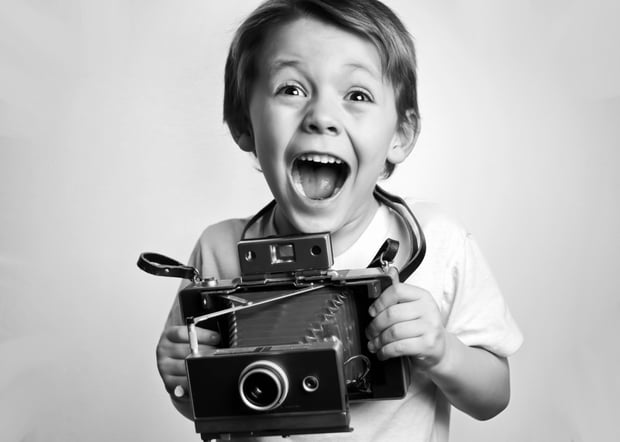 Every band needs good photos, and it’s best if you not only have several different kinds, but if you continue to acquire new ones. You should always own high-quality images that you can use for publicity and on your social channels, but having pictures of everything from behind the scenes to playing live to just hanging around can come in handy, too.

Where are all these images supposed to come from, though? You and your bandmates can only take so many, as you need to actually be in the shots! You can always have a friend snap some, or maybe spend the money to hire a professional photographer. Those are fine ideas, but they won’t always work out. If you're looking to get some new pictures taken and you don’t have much of a budget, here are some ideas that might help you out.

1. Reach out to a photography class

There are plenty of colleges, schools, and programs where people are learning to become photographers, or perhaps where they're bettering themselves in the hopes of turning into really great shooters. It isn’t difficult to look up which locations in your area feature photography classes, and I’m willing to bet it also wouldn’t take too much time for you to find the contact information for those in charge of said classes.

There's no harm in reaching out and suggesting that perhaps someone from the class might be interested in coming to a show or meeting you and your band in the studio or some other cool location for a shoot. You can feel free to offer some small payment, but maybe wait and see if that’s really necessary. Most of the time, these people are just looking for experience and to add some great new pictures to their portfolios.

The internet is great for many things, including seeking out those with similar interests. There are countless websites where you could find groups of people that are all amateur photographers, and like those taking classes, many of them are looking for exciting opportunities to practice and take some awesome photos.

Look everywhere from Instagram to Meetup to Facebook, and get creative when you search. It’s as simple as looking for groups of “photographers,” but also collections of people in certain cities, those that love music as well, and so on. Finding groups won’t be tough, but you may need to spend some time deciding which will benefit you the most, and then you’ll have to actually reach out to specific users.

It might take some time, but these are the kinds of people who might be most interested in working with you, and it isn’t likely to cost you very much.

You will, of course, be reaching out to bloggers quite often in your career, whether it be to share your new single or to invite them to shows. But if you want to get more out of these music lovers than just a simple write-up, you might have to scour the internet for some lesser-known blogs. Reach out to outlets that seem like they’re really just getting started and see if there’s a way you can work together.

I remember when I started my first blog, I was desperate for anyone to pay attention to me, and I would work with any band that would answer my email. The few times I was invited to shows, I always made sure to go, and if I had been a photographer, I would have loved shooting it. I've heard from friends who are also up-and-coming photographers that they, too, get excited when these opportunities arise, as they’re usually reserved for bigger, more established names.

It might not land you in Rolling Stone, but you can offer free tickets and help with content for a baby blog if they send a photog. If they allow you to use the images, the whole thing can be a win-win.

This is the simplest of the bunch, but don't count the idea out entirely. Try posting on websites like Craigslist saying what you’re looking for, and wait and see if anyone's interested. You may or may not get the responses you're looking for, but thankfully, this doesn't involve a lot on your end, so it’s worth a shot.

Of course, you should be doing this all the time anyway, but reach out to fans and see if anyone who is really into your music wants to help out by taking some photos. These pictures can be at a concert, or if you’re looking for portraits and more staged shots, there are probably people who would be into that as well.

I’m willing to bet that if you have any kind of following online, simply posting your ask a few times might grab the attention of some people who would be interested in helping. You can offer them free tickets to a show, or maybe some time in the studio with you, both of which would mean a lot to a fan.