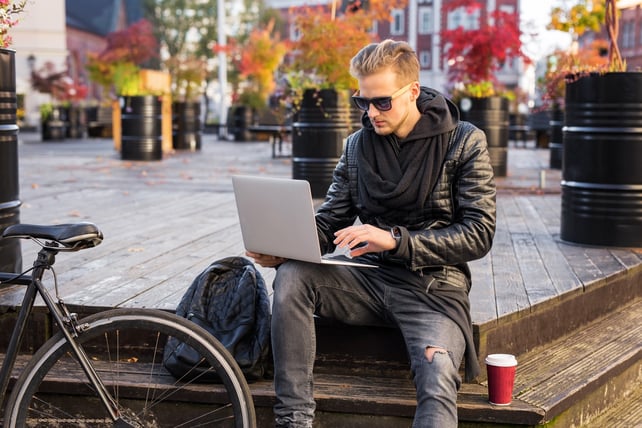 Timeliness is the most impactful coverage factor for your band. The "new" in news emphasizes right away how important it is to have something fresh to catch a journalist's eye. If you have nothing new to promote, then chances are blogs aren't jumping on board to cover you.

Try these five newsworthy ideas to spark media interest and earn coverage for your music.

1. Release an album or EP

An album or EP is one of the best ways to draw media interest, but you need to start promoting a minimum of three months in advance. Why? Writers are inundated with bands who want them to listen to their music. An album or EP takes a minimum of 30 minutes to listen to just once, and chances are you want a writer to spend more time with your music before penning a critical review.

It also doesn’t take a math major to understand that if a writer receives dozens, if not hundreds, of requests per day, he or she needs to prioritize and carve out enough time to listen in advance.

Usually, that means looking at whether an album has already been released and whether the writer is already aware of you. If not, there needs to be enough advance notice as possible to establish familiarity both with your band name and the music itself.

The good news about a single is that you don’t need as much advance notice as an album, because a single is much more easily digestible. In 30 seconds or less, your media contact typically knows whether it’s something he or she is interested in covering.

Timing still does play a factor, however, especially if you’re an indie rock band targeting a hipster blog like Stereogum or Noisey that typically posts SoundCloud tracks with a time stamp less than a few days old.

Maybe you’ve already released your album or single and you really don’t have any new content to promote. You need to create some new activity to freshen things up. The easiest way to do that is to book a show in your local market.

Local publications, especially, want to see a local live show to consider for coverage, so whether you have an album to release or not, this is a great way to increase interest. On the flipside, if you’re interested in spreading coverage outside your market, book a tour and announce it to a wider range of media.

Pop culture encompasses anything related to something current in the news, whether it's a book, movie, music event or release, TV show, political happening, etc.

Is there a big movie coming out that connects to a song you wrote? Or perhaps you have a track perfect for St Patrick’s Day. Take a look at what’s being talked about in the news and on Twitter and Facebook to determine if you fit into what's going on in some way.

Another way to create timeliness is by connecting to cultural themes currently in the news. For instance, most media is focused on the current political climate, so a song or album that speaks to that in some form may have a better chance of being heard.

Whether you're for or against something, you want to make sure the media outlet you pitch and their readers are aligned with your viewpoints.

Since the election in November, there’s also been a great increase in non-profit giving. If your band is doing something positive to give back to your community, you should also highlight that.

The key is to make sure whatever you're doing isn't stale, which in the days of instant media, can happen in a few weeks or a few hours. If you’re not sure what cultural themes are relevant, simply go to your favorite blog and see.

There are a lot of ways to create timeliness for your band and music. If you’ve pitched blogs with no response, take a look at the five angles above and see if you can incorporate one of the ideas to grab attention.