Why You Should Release a Lyric Video for Your Next Single 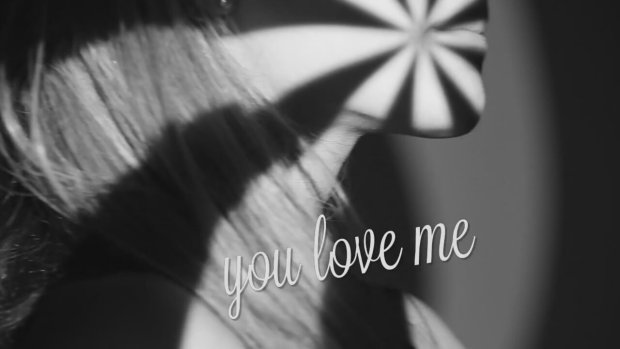 A screencap from Ariana Grande's lyric video for "Problem." (Image via izlesene.com)

A version of this article originally appeared on The Daily Rind.

As YouTube carves out a larger space in the music community, the way music videos are being made and consumed is changing. With millions of artists and creators collaborating constantly, stunning music videos have been made that sometimes challenge typical production conventions. Along with YouTube's Music Key, there are now multiple forms a music video can take. This combined with a lower barrier to entry has given rise to excellent alternatives you can consider when deciding how to publish your music on an evolving video streaming platform.

With the launch of YouTube Music Key, you've probably started to see an influx of Art Tracks in the system (here's one if you haven't seen them yet). These simple videos are a great way to get your full catalog out to viewers and improve your chances for discovery. They expand your presence and give viewers more of your content to listen to. But you can do better.

Though a great addition to YouTube's massive collection, Art Track videos provide a more passive viewing experience. Because the only visual is a static image, typical viewers press play, then move onto something else as they listen to the video in the background. This is still good because you've got them listening, but it cuts down on engagement and your potential to draw the viewer closer.

A creative, yet simple lyric video could give you that extra hook to keep the viewer around your video longer. These typically incorporate animated text synched with audio to guide the viewer through each song. There are some amazing, intricate lyric videos out there, but that doesn't mean you have to necessarily go that far with yours. A clean and punchy lyric video with nothing but colorful moving text could be all you need to get your fans following along. This sets your video aside from other Art Tracks and gives you more of a unique viewing experience for your fans.

Alternatives to the MTV-style music video

For better or worse, the days of tuning into awesome, cinematic music videos on MTV have been swallowed whole by reality TV marathons (RIP). These music videos still exist in part on YouTube and VEVO, but they're being consumed and advertised against differently than in the old days, making the ROI of a huge video production more questionable. This is both good and bad news depending on how you look at it.

Producing and shooting a classic MTV-style music video costs tens of thousands of dollars. When MTV was the only way to watch music videos, this was a painful but necessary struggle. Though these types of videos are still being made, they're no longer the unshakable standard. Since YouTube broke down the barriers of entry for publishing videos to the world, indie artists and major labels alike have found better ways to create videos for their music.

By embracing a more open community of viewers and creators, many artists have turned to lyric videos as a fast and cost-effective alternative to full video production. Because lyric videos don't necessarily require a live shoot, location, scheduling, and casting can be removed from the process. With less of a logistical headache, these videos are often faster to create and publish, which is huge if tight deadlines are imminent.

Though a great animator could still run up your production costs, you at least have options and some room to work with. By keeping your ideas simple, a good animator can get you an excellent lyric video relatively quickly and for much cheaper than a traditional music video shoot. Make no mistake though, lyric videos aren't just a cheap hack for indie artists on a budget. Huge pop acts like One Direction and Ariana Grande have used lyric videos to premiere Top 40 singles, generating millions of views.

If you have the budget to hire a crew and shoot an amazing music video, by all means do it. These are clearly the heavy-hitters of the music video world, but not always in the best way. Conversely, not having that budget doesn't mean you're limited to just Art Tracks. If you can create something in the middle with a clever, catchy lyric video, you've set yourself apart.

Mike Baldo is the Senior Account Manager of Video Services at The Orchard.