4 Creative, Unique Music Videos to Inspire Your Own 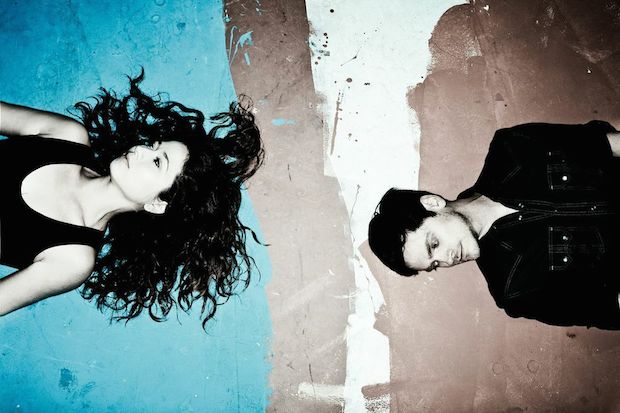 New York duo The Sea The Sea commissioned artist Zachary Johnson to paint 3,454 oil paintings for their latest video, which he also directed. (Photo via theseathesea.com)

We're all tired of the stereotypical video where a band simply plays and the camera gets close-ups of each member, right? Even with a cool backdrop or interesting perspectives, the standard can be a little bland. All four of these Sonicbids artists have tossed tradition aside, opting for risk-taking creativity instead – be it the style of the video, choosing a meaningful concept, or giving campy comedy a try. We hope their unique ideas inspire you to shuck the norms for your next video and take a risk with something new instead!

"Waiting" by The Sea The Sea

Why we love it: The blurred intricacy of this clip from this New York duo's debut LP, Love We Are We Love, is absolutely captivating. It's comprised of a staggering amount of oil paintings on paper (count it: 3,454 total!) of the city at night. The pair commissioned fellow New Yorker Zachary Johnson to not only paint but also direct, and the result is an appropriately engaging counterpart to an unassuming, yet moving, orchestral folk pop song.

"Don't Ask Me Why" by Great Caesar

Why we love it: There's a reason the Kickstarter campaign for this video exceeded its funding goal. Great Caesar is a stellar six-piece chamber rock act, and the plan laid out for potential supporters was supremely professional, from contracting the Emmy Award-winning casting director of Homeland, to arranging a group of talented industry professionals, to the PR firm they've employed. It's not just that, though. They're also compassionate activists. The narrative of this video links the civil rights movement of the '60s to today's fight for LGBT equality. Their musical/humanitarian endeavor garnered donations from icons like Russell Simmons, Deepak Chopra, and Arsenio Hall – and they've hit more than 260K views on YouTube. The band is making use of the extra money received to work with schools and LGBT advocates to further spread their message.

Why we love it: This isn't your average lyric video. For the lead single from their recently released debut LP, I Carry Your Heart, Nemes opted for a slightly different version: the written words are accompanied by their sign language translation. Minimal visual effects affords the signs and playful interaction between the cast (the band and a few friends) the greater share of the spotlight, and it's a perfectly punchy, fun-to-watch match for such a sugary pop/rock tune.

"Emily" by As the Sparrow

Why we love it: The era in which this video is set is just right for this swing-leaning folk outfit – the 1920s, of course! Even better, they've centered the whole plot around the classic whodunnit game of Clue which, in most versions, takes place in the same decade. Injected with enough camp for humorous moments, but not so much that it detracts from the live performance shots, As the Sparrow has solved the mystery of making a familiar concept unique and special again.

Know of any other creative music videos? Tell us in the comments below!