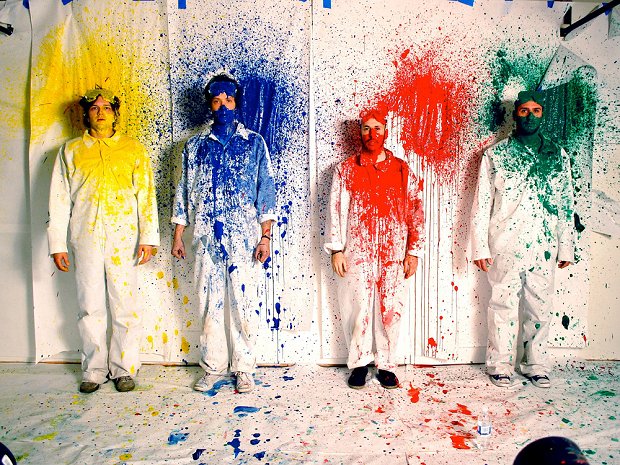 These days on the internet, it’s all about content. Companies pay big bucks to people who craft everything from blogs to tweets and Facebook posts; forward-thinking brands even shell out thousands for Vine videos and fun Instagram photos. Having interesting, relevant, and most importantly, shareable content is key these days – the more you have, the more eyeballs go to your site, your social network profiles, and your brand. Content is the new advertising, and the world isn’t looking back.

Big brands and Fortune 500 companies aren’t the only ones who should play the content marketing game – anyone looking to keep an audience engaged and entertained (certainly something a band or an artist can identify with) should pay attention. Before you start spending time and money creating content, though, think about what kind you’re going to make. Are you the kind of artist that's going to be huge on social media? Will you write blog posts? Or, will you create videos that show who you are and what you’ve got going on?

Any content is good, and a combination of the three I mentioned (and more) is probably the best strategy. But as content’s importance grows, it’s looking like video is going to become the most important and most viewed. Creating great video content can be fun, but tricky. Here are four good tips to follow as you start crafting your clips.

1. Think about what you’re creating

"Making a video" is pretty vague, so think about what you’d actually like to share. The best content is new, fresh, and something that people can’t get anywhere else, so try to give your fans an inside look into your life as an artist. A video diary (or vlogging) is a great way to tease new music, music videos, a single cover, etc. You can discuss what a song means to you and play a few seconds, making the whole thing a bigger event than it might be typically. Tour diaries and behind-the-scenes clips are especially fun, and can be exciting to make as well.

Once you have an idea of what you’re going to make – perhaps a video diary at every tour stop or a few "making of" clips from your latest music video – it’s good to map out your content ideas for each "episode." Now, look at what you have and break each one of those future videos into at least two more. The shorter the video, the better. If you think about it for a moment, anything big you want to share can be made into several videos, giving you more content to work with.

For example, if you wanted to share a new song, you could make short, one- to two-minute videos where you explain a bit of the writing or recording processes, each followed by 10 to 15 seconds of the song. Instead of just posting a new track, you now have an exciting countdown, complete with perhaps three short clips for your fans to watch and share. People’s attention spans are shorter than ever, so don’t fit too many ideas or thoughts into one piece, as people will tune out.

Some of the best ideas are serial ones – videos that have several parts, or the same kind of clips, but with different focuses. As I mentioned before, creating something like a tour diary video series or perhaps answering questions sent in by fans every few days are nice, quick items. It's good to set a frequency and stick to it, as it gives your fans a call to action, complete with time and place. Once a week, once a month, or, if you’re particularly ambitious, daily (for a period of time) videos are all good, depending on what you’re creating. Be careful when you set your schedule, though – it’s better to space things out and give yourself enough time to make your clips, rather than have people expecting them on a certain day and being disappointed.

It may sound like common sense, but believe me when I say it’s not. When making your videos, mention everything from your last (and next) videos to your social media accounts. Just because everybody these days has a Twitter and an Instagram doesn’t mean people are necessarily thinking about it when they're watching you. Reminding them to check you out elsewhere is a good idea, since if they do like your accounts, they can get your updates where they are. If watching your YouTube clips isn’t their forte, they can catch your tour photos on Instagram, or your funny thoughts and song lyrics on Twitter.
While creating something quality for YouTube can take up some of your all-too-precious resources, don’t knock its importance. People are more interested in bite-sized, viewable content these days, and you’ve got to follow the crowd (at least in this case).