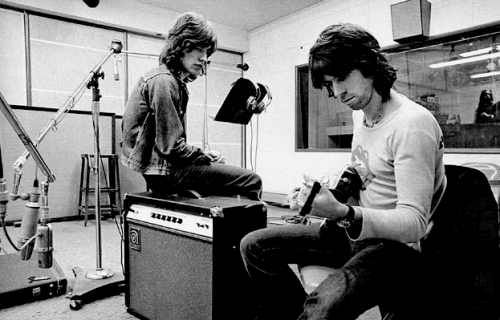 There are a million ways to write a song – which means there are also a million ways to co-write a song. Writing is a personal practice, and each person does it differently; in fact, some writers feel the process is too personal to share, while others thrive on collaboration. Even if you're a songwriting loner, you might find someone who you feel compelled to share your creative process with every once in a while. And when you inspire each other and complement each other's strengths, what could be better?

Most often, collaboration is where the magic happens. Some of the best songs in modern music history have come from co-writers like Lennon and McCartney, Jagger and Richards, and Bacharach and David. However, if you're not prepared to work with someone else – or if you're not working with the right kind of co-writer – you might find that the process isn't nearly as fun or productive as you hoped it would be. So what can you do to make sure your co-write is a success? Here are 13 tips you should keep in mind every single time you sit down to write with someone:

Are you writing together for fun, as an exercise in creativity, with a financial goal in mind, or to ultimately license the song? If you both have hopes of making money off of the song you write together, get the logistics and business out of the way first. Will you be professionally recording it? Will you be performing it together in a band, as a duet, or solo? Who will own it? Will you split the royalties 50/50? By putting everything in writing, you'll eliminate the chances of confusion, arguments, or even lawsuits down the road if the song does well.

Before meeting up with your collaborator, have a title idea, chord progression, lyrics, or simply a melody ready to share to help get the creative juices flowing in your session. Coming prepared is always a good idea no matter how seasoned you are, but it's especially a good idea if you're brand new to co-writing. It'll take the pressure off to come up with something from scratch on the spot, which will put your nerves at ease.

3. Even if your idea is small, believe in it

Give it a chance. Acknowledge and trust your own vision.

4. Bounce ideas off each other

If you're not certain about your lyrics or a chord transition, ask your collaborator for advice. Getting constructive feedback is one of the biggest benefits of co-writing, so take advantage of it!

5. Be open to suggestions, new ideas, or angles

Experiment with many ideas, even the bad ones – that's how you know you've found a winner! For example, try out several different melodies or chord progressions until you settle on one you both love.

6. Respect and trust what your co-writer has to offer

You've placed the seed of your unformed composition in someone else’s hands – now go with it! Rely on the fact that he or she can give you a fresh perspective. And you don't always have to go with his or her suggestions, but at least acknowledge and show that you appreciate his or her help.

7. Take the lead in different areas

If you know that lyrics are your weak point, offer to focus your energy on strengthening the melody or coming up with a killer chord progression. And if your collaborator feels comfortable handling a certain aspect of the co-write, encourage him or her to do so! (But remember that you should still give each other feedback on all aspects of the song – you do have an equal say, after all!)

If your co-writer has just performed the piece for you, address all the elements you like first. Then, ask him or her what areas he or she wants to develop more. Refrain from judging any part, as it's a work in progress.

Negative feedback can put a halt on creativity, so find a positive way to talk about your opinions. (Although, it's important to trust each other enough to speak up if there's something that's really not working for you.)

It will grow into a song that you might not have imagined, but let it be. If you’re not totally thrilled with how it ended up, you can always write another one!

At some point, you'll both need to take a break and let it simmer. Sleep on it and get some space, then come back to it with fresh ears.

12. Practice the song together and let it develop

This can sometimes take months – and that's perfectly okay. It can also be as simple as using your session to figure out the details of the melody and harmonies, or who plays which part.

13. Figure out the next step

Evaluate the process at the end of your writing session and after you've recorded a draft version of the song. If you're happy with the results, will you be recording or performing it, selling it, etc.?

Even if co-writing doesn't sound like your cup of tea, it's worth a try. You'll learn something, no matter what. You could gain a new perspective about your songs, be introduced to different writing techniques, and chances are it'll make you a better songwriter in the end.

Christiana Usenza is musician and dancer with a master's degree in ethnomusicology from Tufts University. She has ventured as far as Argentina, Brazil, and Ghana to study music and dance, and has an endless curiosity for music genres, styles, and scenes across the world. She teaches music, writes music, and works in the booking office at Johnny D's in Somerville, MA. She is a member of the band Paper Waves, and they are currently working on their first album.