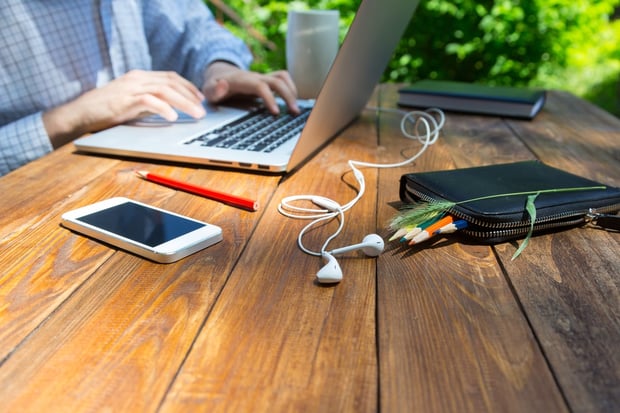 I’ve been to a lot of music conferences. At nearly every single workshop or Q&A session, the question is asked: “What are the dos and don'ts of sending emails to industry people?” Most of the time, the answers are pretty generic and simple, but to be honest, it's a good question. A lot of people suck at sending emails.

I’ve spent quite a few years learning the ropes of the music industry, and in that time, my band and I have developed a pretty solid email game (if I do say so myself). In fact, we've literally received compliments on the detail, efficiency, and organization of our emails.

After you’ve read this guide, you should have a clear idea of how to send a killer email to anyone in the music industry. If you have questions, leave them in the comments below, and I'll do my best to answer them.

Have you ever met somebody who tells really long stories with way too much detail? Don’t be that guy. Aim to send an email that includes as much detail as possible in as few words. For example, if I’m trying to book an opening slot, I’ll put this in the subject line:

Right away, whoever is receiving this email knows what I’m asking for, who's asking for it, and on which date.

Then, in the body of the email, I’ll say something as simple as this:

My name is Liam, I play in a Canadian band called The Middle Coast.

We would love to jump on the opening slot for the May 21st show at Your Cool Bar with This Cool Band.

I’ve included live video and a link to our EPK where you can stream our unreleased record below.

Thanks for your time,

2. Be up front and tell people what you want

An example: I have a friend who runs a label and manages bands. He gets a ton of emails every week from people, and many of them simply say, “Hello, check out my music.”

Concise, but not enough information. You need to tell people what they’re looking at. When I send my music to someone at a label, my email would typically look something like this:

Again, telling people who they're talking to, letting them know that I’m playing a show in their city, and that I have an unreleased record.

My name is Liam Duncan, I play in a Canadian band called The Middle Coast.

We are just wrapping up production on our debut album with Bigwig Producer. We play '70s-inspired pop with big harmonies and great hooks. You can stream the album in its entirety at the streaming link below.

We are building our team for this release, and would appreciate your consideration.

You can catch us in Your City, TN at the Basement on July 1st. I can put you on the guest list.

Thanks for your time,

Laura now knows where I’m from, what kind of music to expect, who produced the album, what we’re looking to do, and has a streaming link for the entire record. Perfect. If she likes what she hears, she’ll come to the show.

3. Have a detailed email signature that includes your EPK

The vast majority of the information anyone could need from me is in the email signature that accompanies almost every single email I send. This is a screenshot of exactly what it looks like:

As you can see, I’ve included a description of what you'll find in our electronic press kit (EPK), which is more helpful than simply linking "EPK." I also included a Facebook link, because everyone wants to see it anyway. And last, but certainly not least, I list our website and a personal phone number.

Every important piece of information can be found in this email signature. All our social media links are in the EPK, as well as more video, press, biographies, downloadable promo pics, and downloadable tech/hospitality riders.

People love that they don’t need to go searching for every single bit of information. It shows that we are organized, professional, and have been around the block a few times.

[Here's What Sonicbids Promoters Actually Care About in Your EPK]

MP3 attachments take up space in people’s inboxes. They can slow down an email app and are otherwise just annoying. Most people prefer streaming links. Make your songs in the EPK downloadable, just in case they do want to download your music. Or send them a Dropbox link.

You should never be afraid to follow up with someone you’ve emailed. If you’ve followed this advice, your email should be very polite, professional, up front, and concise, so there’s no reason for you to be shy about following up. I think following up once every 10 days or so is reasonable.

[Are You Following Properly With Your Music Business Contacts?]

It seems weird to me that musicians are ever rude or arrogant, because pretty much everyone I know is very nice. Yet I hear countless stories from people in the industry about artists who throw a fit when they don’t get what they want or are just plain rude.

Next up: 5 Quick Email Etiquette Tips for Bands (And Everyone Else)