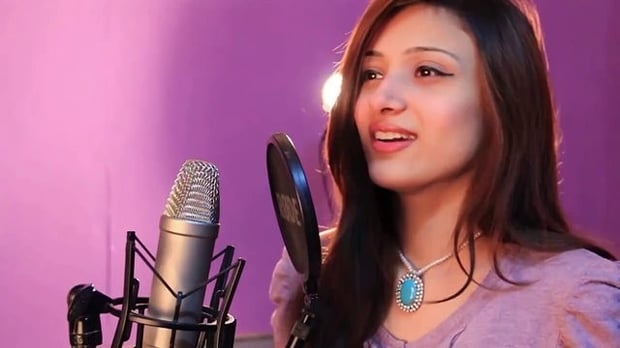 There's something special and electric about young bands. It's the air of excitement and possibility that surrounds them as they strum, thrash, and rock their way to notoriety. Every small gig has the potential to bring the big break that makes every practice hour in a musty garage worthwhile. So often, though, there's one important instrument that gets overlooked: the voice.

I've been to many shows over the years and heard many bands play. My ears always go to the singer first. That's not to say that I don't enjoy the guitar, drums, keys, and any other instrument (djembe, anyone?), but I'm a classically trained singer, and I like to hear some serious vocal chops. For me, a good singer sits on top of a melody with ease, punctuating a killer groove and helping to translate the band's collective intention behind a song. It doesn't matter how incredible the music sounds; if the singer's off, we're suddenly transported to the clammy grasp of live band karaoke.

I've thought a lot about it, and I can only surmise that voice is taken for granted because it's a "built-in" instrument. That is, everyone has one, and most people who've torn down the tiles to "Wrecking Ball" in the shower mistakenly think they know how to use it properly. I'm here to tell you otherwise. The voice takes just as much practice and maintenance as perfecting the guitar or mastering the drums.

No, you don't have to study classical repertoire, though I'd argue it would only strengthen your instrument and overall musicality. You do, however, have to understand diaphragmatic breathing and vocal production. You have to learn how to do a proper rock scream so you can reproduce that sound show after show without damaging your vocal cords. That, in fact, is the one huge difference between the voice and other instruments that's often taken for granted. If you break a string on a guitar, or bust a drum head, you just have to hop on the old BMX, pedal to the mall, and pick up some gear. If you damage your vocal cords, you have to go to the doctor, go on vocal rest, and possibly endure surgery to set things straight again. Not pleasant.

I don't write this to deter you from your dreams of singing for a band or winning The Voice. Quite the contrary. I encourage you to follow your dream because if it's worth dreaming, it's worth putting in the work. Great singers make it look effortless because they're great singers, and they've put in hours and hours of practice. (If you think that Lady Gaga doesn't have a voice teacher and vocal coach, you're sorely mistaken.)

Here are a few simple steps you can take to prime your instrument for vocal domination:

Good news! You're already an expert breather; you just have to learn to harness that breath so you can hold long notes and take stress out of your throat. You can start by downloading a free metronome app on your phone, and then do the following exercise:

This exercise increases your air capacity. As it gets easier, increase the number of counts.

Pro tip: As you breathe in and out, try to focus the air into your belly. Your shoulders and chest should remain down and in a resting position.

Humming is an excellent tool to open your throat and awaken your "mask" while warming up. You can hum ascending pentatonic scales, the ABCs, or any other tune that floats your boat.

Pro tip: As you hum, try to create a space in the back of your mouth large enough to host a golf ball. This effectively allow your tongue to chill in a resting position while raising the soft palette.

Just because you're in a NKOTB tribute band doesn't mean that you shouldn't hone your skills across all genres. The more you can sing, the more you can work. Pick up a "greatest hits" fakebook, pour yourself a glass of H2O, grab a Ricola, and get to work.

Jonathan Hack is a Brooklyn resident, musician, writer, and ping pong aficionado. His career in the theatre has spanned acting, music direction, production, carpentry, and more. As a marketer, he has worked with major brands in music and fashion. He is a proud member of AEA and NATS. Follow him on Twitter @writerninja and on Instagram @jonnyhack.