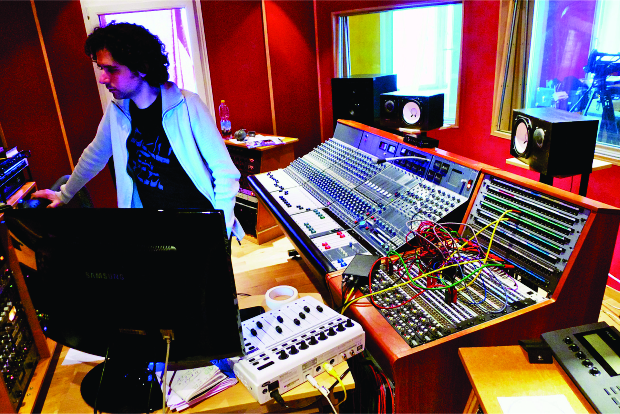 Many of the bands and artists that come through our studio don't know the difference between mixing and mastering, so before we go any further, let's clarify that first. Mastering is the final step of audio post-production. The purpose of mastering is to balance all the sonic elements of your mix, to get a universally satisfying playback across all media formats, and to sweeten your overall mix.

Now the big question is, "How do I know that my mix is ready for mastering?" Well, there are three things you need to ask yourself to find out.

1. Is the song ready for prime time?

Meaning: do you love the mix? Have you had time to hear it with fresh ears? I don't know about you, but I need enough time to have forgotten what I did to the mix before I hear it again, and that can mean waiting a few days or even a couple of weeks before critically listening to the song again. I know that seems like forever when you've put so much time into producing a song, but fresh ears are crucial, and that's why producers can be so valuable during this process. Although they're invested in the project, they're also one step removed and experienced enough to know when to step back.

Have you heard your mix with other people in the room? There's something that happens when you listen to your music with others. Flaws get magnified, and weaknesses in the mix become more obvious. If you still cringe when you hear a certain section, then you need to fix that first before mastering. That may mean rerecording a part or tweaking the mix some more.

2. Does the mix have headroom?

If you hand off the final mix to be mastered but you've already crushed it with compression, then there isn't much a mastering engineer can do with the dynamics anymore. It's tempting during mixing to put a stereo compressor across the master bus and let that take care of the levels so that you can keep pushing individual tracks higher and higher. But that's the lazy way, and you'll pay for it later. Better to take that compressor off the bus and start pulling those faders back. I know it seems counterintuitive and it means you have to pull something else down before you push something up, but trust us, you'll be happier with the final mix.

3. Am I hoping mastering will "fix" something?

If you are, then you probably aren't ready for mastering. The job of mastering is to make your songs sound good together and to play well with other songs. A good mastering engineer can bring out definition and air that was missing before, but they can't necessarily "fix" a bad mix. If a mix is good, they can make it sound great, but if a mix sounds lousy, they can't resurrect it with the tools they have. Much like a great paint job can make a beautifully designed and built house look stunning, a great paint job can't hide a porch that's falling down or a roof that's collapsing.