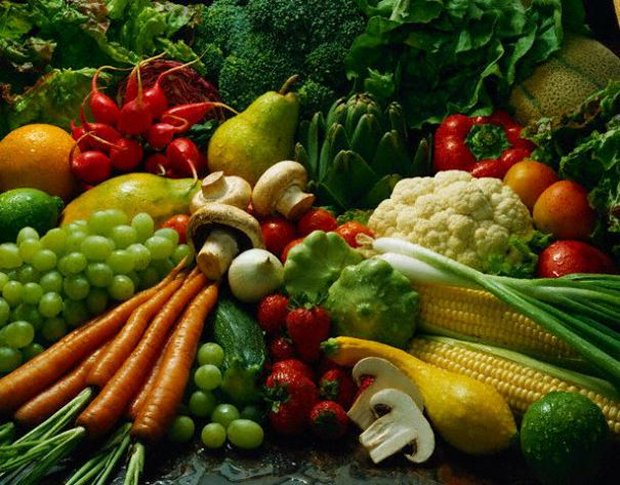 Touring in a fool’s paradise is an unparalleled venture: operating on small amounts of sleep, drinking without any repercussions, and frequenting the McDonald's drive-thrus that occupy every highway known to man. Staying healthy while touring may be a cruel catch-22, but it’s not impossible to tackle. And the regimen for maintaining one’s health – something most humans have yet to master in their natural environment – is not earth-shattering, even when applied to the road. Below are three tried-and-true health credos that can soften the blow of touring.

Rule of thumb: If it comes in a package, don’t eat it. The biggest offenders of the processed food trade are American favorites like packaged deli meat, soda, and fast food products. These U.S. dietary staples are loaded with sugar, salt, saturated fats, preservatives, and other additives, offering little to no nourishment for a touring artist. Unfortunately, the highway is custom-designed for drivers to be led into the belly of the beast – Wendy’s, Burger King, etc. – half-delirious and ravenous. And at three o’clock in the morning, there aren’t Whole Foods drive-thrus readily available to dole out kale chips and soy nuts.

The Districts, a group of rockers out of Lilitz, PA, are well aware of the handicap that touring puts on healthy eating. Currently on the road supporting their self-titled EP, which dropped in January, the foursome is often at the mercy of whatever late-night dining has to offer. Rob Grote and Connor Jacobus, frontman and bassist for the rock and soul outfit, suggest going to grocery stores in lieu of fast food joints. Tour vans are hardly comparable to Iron Chef kitchens, but stocking up on non-processed foods like seasonal fruit and raw vegetables is crucial. Avoid antagonizers like dairy, acidic fruit juices, and alcohol, and opt for tea, honey, and vitamins instead. The body can’t expect to pump out five shows a week if it’s being fed Whoppers and McGriddles on the reg.

Touring artists should treat themselves like athletes. Playing show after show and lugging equipment around requires a well-abled body, and it’s not going to get there on its own. Top physical condition also invites endorphins that help maintain emotional and behavioral health. Finding the time for self-care while scrambling from venue to venue can be strenuous, but there are pockets of time to utilize that aren’t always immediately apparent.

Almost half of all American hotels have pools, and when artists are touring in, say, Peoria, IL, mid-winter, they’re likely to have the Holiday Inn’s pool all to themselves. Bringing sneakers and even a jump rope along works as well. Some musicians even prefer yoga on the road. Having a reason to leave the close quarters of a tour van is always welcome, and anything mobile is fair game.

Touring is, by default, an unkempt way of living. An existence on wheels can be filthy, and the ultimate destinations – music venues – aren’t necessarily wellness retreats. A healthy balance can’t be achieved without taking the time to cleanse oneself physically and emotionally; the germs and bacteria accrued while touring can be costly when it comes time to perform.

Being cognizant of highly contaminated areas and proactively defending against them is essential. Sanitizing at germ hotspots that are frequented by touring artists (gas stations, club bathrooms, ATMs) is highly recommended. Doing laundry and keeping the tour van at a respectably clean level also has psychological payoffs, like stress relief and elevated mood, which are instrumental in combating cabin fever.

Sometimes, though, it just boils down to Rob Grote’s go-to method for staying healthy: “Take a lot of Vitamin C and cross your fingers.”

What do you do on the road to keep yourself feeling and looking good? Let us know in the comments!

Maria Pulcinella Murray is a freelance writer and designer living in Boston, Massachusetts.