3 Tips for Recording Your Best Demo 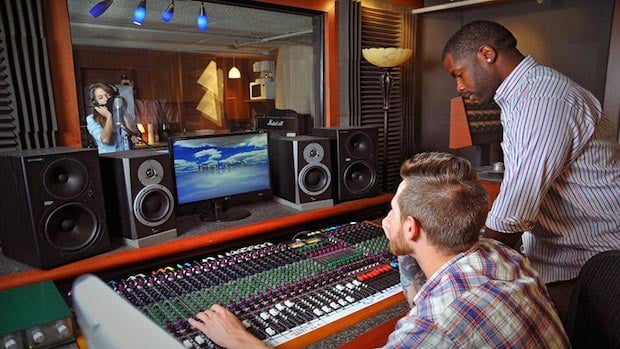 In today’s highly competitive music industry, it seems like it’s becoming harder and harder for independent artists to break through the noise into the mainstream. Record labels are constantly bombarded with samples from “the next big thing,” but what's the trick to actually standing out from the crowd? A high-quality demo is the perfect place to start.

A demo is a recording that demonstrates the talent behind an artist or band, usually created specifically for the purpose of convincing a record company (or other opportunities) that they should work with you. It needs to be well thought out, but come off as authentic. Short and sweet, but deep and powerful. Good quality, but not overproduced.

So what are some of the trade secrets to recording a great demo? Here are some tips and tricks.

1. Have a unique vision for where you’re going

It's crucial when laying down the initial take to be thinking about the overall shape and vision for the idea. It's a demo, of course, and when being spontaneous you might not want to write detailed parts. However, after you’ve built a strong foundation for a song, every other musical decision you make will come easier because it’s based off of something that is real to you. It’s that genuine passion that can ultimately come out when a record executive listens and helps you stand out, as guitarist Jack Côté explains: “My best guess at what the ‘it' factor is, is something that's catchy – familiar enough for people to enjoy, but also different and unique, bold and honest as possible. I think people can tell easily when things feel derivative, so it's mostly about being as musically unique as possible.”

2. Capture ideas on the fly

Traditionally, recording a demo could only be done in a recording studio. It required time and energy spent writing the actual song, then countless hours rehearsing it before paying to make the final recording. Now, thanks to the ever-changing world of technology, musicians can capturing ideas right as inspiration strikes. They don’t always have to be fully fleshed-out ideas, but rather can serve as a reminder of great thoughts for future reference.

“Where we've had great traction as a band is capturing those spontaneous, genuine moments," shares Matt Hines of Dan & The Wildfire. "We often jam, trying out new ideas, committing those sparks of inspiration to a recording simply to listen back to later, and so as not to forget that riff we liked by the next time we meet. It's such a joy to be able to go back and listen through so many ideas and rehearsals and moments from the past few years.”

Five years ago if you told a record executive you were submitting a demo that was recorded on a phone, they would have laughed you out of the room. Even today, when recording on the go is becoming a more common occurrence for independent artists who are often traveling from gig to gig, chances are recordings will come out sounding awful, thanks to the less-than-superior microphones on today’s smart phones. Luckily, there are new apps out there that exist to help solve this problem. One of them is Spire, powered by iZotope. Spire is a free 4-track recorder that adds professional polish to your recordings so you can record, mix, and share great-sounding audio anytime inspiration may strike.

No matter how you end up recording a demo, the important thing to remember is to make it a reflection of who you are as an artist. Staying inspired and motivated are traits you should never lose in this industry, and will only help drive you towards that breakthrough musical moment!

Spire is partnering with Sonicbids to discover the best original tracks to feature on the Inspired Collection, an official Spire SoundCloud playlist. To enter, just download the free Spire Recorder app (iOS only), record your original song, and enter it for free on Sonicbids by December 2, 2015.


In addition, the songwriter with the most incredible song will be selected to be featured in a performance video, shot in their favorite recording space. We’re so excited to hear all your original creations! Be sure to enter by December 2.

Stacey Dyer Messier is the strategic, creative liaison between product and marketing for the Spire brand, which is passionately designed by iZotope. As a trained vocalist and past performer of metal, jazz, trip-hop, and classic rock, she’s excited to be working with the incredibly talented members of Sonicbids.