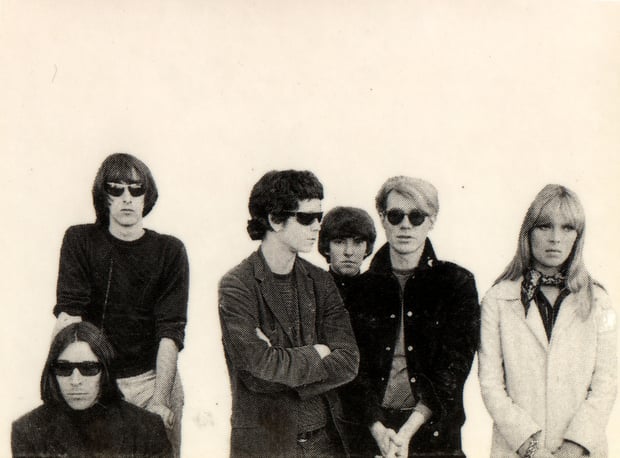 Trends may come and go, but classic, timeless sounds don't go out of style. Certain bands have managed to craft songs that continue to impact the musical world even decades after they've stopped playing. Here are four of those classic acts, and where you'll hear their influence on modern music.

While bands like the Beatles or the Stones take most of the glory as the "rock 'n' roll legends," the Velvet Underground offers a legacy that deserves great acclaim for its enormous influence on rock music that doesn't fit the mainstream. The band achieved little commercial success during its existence, but their talent was recognized by modern artist Andy Warhol, who managed the band for a time and featured them in his Exploding Plastic Inevitable events, resulting in tremendous publicity for the band. The group's experimental and versatile style coupled with their frequently provocative subject matter made them pioneers in the field of boundary-pushing rock music.

Over the years, an underbelly formed in the world of rock, building on the Velvet Underground's legacy and drawing on their sound. Bands in the '70s like Television and Talking Heads pushed the limits on rock music, but it wasn't until the mid '80s that the world really caught up to what the Velvet Underground was doing back in the late '60s. Bands like the Pixies and Sonic Youth drew on Lou Reed's influence, writing songs with a pop center, shrouded in experimentation. This movement blossomed into the '90s with bands like Pavement, and today, the influence of the Velvet Underground is virtually everywhere across the indie rock genre.

The Velvet Underground's influence comes to a head for me in fellow NYC indie outfit Parquet Courts' recent release, Human Performance. The album is a spitting image of Lou Reed's eccentric songwriting.

Earth, Wind & Fire might be one of the most dynamic acts in history. The group draws on R&B, soul, funk, jazz, disco, pop, rock, Latin, and African genres to create sounds that have kept the world grooving everywhere from weddings to supermarkets for the past 40-plus years. Over this time, each of these genres has grown and developed, taking on different incarnations across different eras, and each one has been impacted by Earth, Wind & Fire.

In the '70s, artists who capitalized on the disco craze like Donna Summer, Chic, and even Michael Jackson shared bouncing rhythms and smooth vocals with Earth, Wind & Fire. The band had so much to offer the world of funk, soul, and disco at the time, especially with their famous arrangements and prominent horn section. However, the full weight of the band's influence comes through in pop and R&B. Everyone from Justin Timberlake to Nelly to Bruno Mars to the Weeknd has drawn heavily on the melodies and grooves of Earth, Wind & Fire.

Each genre of music offers a lush history of artists and happenings, but the history of punk music often feels like a bottomless pit. There's always some more obscure hardcore band that's supposedly super important that you need to know. (Side note: to get to the bottom of all of that, check out the actual first punk band, Death, who never received attention because of their skin color.) That being said, there's one band that has undoubtedly blown up the face of modern hardcore, and that band is Converge. The band's execution of its signature blend of hardcore, metalcore, screamo, and mathcore, along with its expert-level use of ambiance, has set the band in a league of its own.

Converge's sound can be heard in countless modern hardcore bands, most notably Nails, Trap Them, and Seizures. Seizures, in particular, draws heavily from Converge's often relentlessly chaotic tendencies while keeping their sound all their own. Given Converge's status as a current band, it is certain that their influence will continue to manifest itself and impact the world of hardcore. Atop their prominent musical influence, singer Jacob Bannon's label, Deathwish Inc., boasts many of the biggest names in the genre.

Canadian roots-rock outfit the Band was the silent hand pulling the strings while bands like Fleetwood Mac took all the glory. The Band was originally assembled as the Hawks, the backing band for Ronnie Hawkins between 1958 and 1963. In 1964, the band separated from Hawkins, and the next year they were picked up to be the backing band for Bob Dylan. In '68, the band began performing as the Band, separated from Dylan, and released its first record, recorded in the prior year. Their anthemic '70s roots-rock sound was an instant success, propelling them to stardom on top of their already formidable reputation from Dylan.

Songs like "I Shall Be Released," "Up On Cripple Creek," and of course "The Weight" have inspired decades of folk and roots rock. The Band's feel-good grooves mixed in with that slight bluesy country vibe has made acts like Bon Iver and the Civil Wars possible today. Bands like Fleet Foxes, Noah and the Whale, and even Simon and Garfunkel all display songwriting that could be traced back to the Band's sound. The entire trend of folk pop owes its existence to roots rock, and the Band was the backbone of it all. Take a good listen to the way Levon Helm sings and plays his drums, and it should be obvious why the Band was so popular.

Converge, the Band, the Velvet Underground, and Earth, Wind & Fire have very little in common musically, but they all had great impacts on the world of music and made monumental contributions to their respective genres. Next time you're writing a song, don't feel bad about taking a page out of someone else's book. And if you come up with something good enough, maybe someone will pay you the compliment of building on your music someday.