4 Mentalities That Are Killing Your Music Career 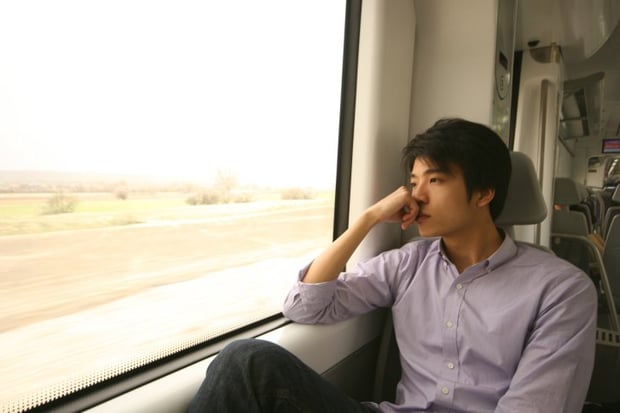 In the world of independent music, you can rest assured that there will be plenty of stressful days where you'll find yourself wanting to give up on chasing a seemingly unattainable dream. As technology and the means of making a sustainable living as a full-time musician continue to change, having the ability to take the highs and lows of the game in stride is more vital now than ever before. Being unstable and overreacting to the little things will prove to have dire consequences, whereas keeping the big picture in mind as an adaptable professional will steer you in the right direction.

This type of guidance may seem obvious, and always keeping a positive mindset is easier said than done, but sometimes you can fall into the trap of harboring a career-killing mentality without even realizing it. To help ensure you don't succumb to any mental pitfalls, check yourself against these four mentalities to make sure you're not holding yourself back from your fullest potential.

As an indie musician, every day brings both a new set of opportunities and a new set of problems. Taking the proper time to evaluate the different decisions you are faced with on a daily basis is important, but the worst thing you can do is overthink and overcomplicate issues that have a simple list of pros and cons.

Devote a set amount of time for evaluating common music business occurrences (attending a show, agreeing to set up studio time for a potential collaboration, etc.), and try not to deliberate beyond it. Regardless of whether you have a team behind you, it's ultimately your responsibility to stay on task and not spend hours upon hours finding flaws in things that don't deserve your valuable time. If you see the clock turning as you debate endlessly with yourself about what's next for you, the next step in your career may never happen.

2. Being too stubborn about what your path to success "should" look like

It doesn't matter how well organized you are or how much you've planned out your music career – the truth is that things rarely happen as you expect them to. Especially during this transitional state of the music industry, you need to be open to exploring alternative options if your blueprint isn't quite working out the way you thought it would.

It's never too late to make adjustments, and being adaptable is essential in ensuring you continue to grow and progress. If you're too rigid about your operations because you don't want to deviate from what you envisioned for yourself, you're losing sight of the big picture, which almost always involves surprising forks in the road. Overall, a my-way-or-the-highway mindset will not get you far in today's climate, because there are so many different methods of achieving the goals you've laid out for yourself.

[It's Time to Redefine What 'Making It' in Music Means]

During a time in which everyone is competing for attention on social media as fans deal with music overload, it's tempting to want to be active 24/7 in order to seem connected with the people who support you. As a DIY musician, it can be tough to strike that balance between creativity and business, but just be aware that spending too much time on social media can be dangerous territory: the more you converse online, the less time you're spending on your craft.

Being loud on social media without examples to back up your claims greatly diminishes your legitimacy as an artist. Don't spend multiple hours on Twitter promising hit singles and a classic album without the catalog to support your efforts (most of which you shouldn’t even need to say in the first place). Confidence is encouraged, but delivering high-quality music is the most effective means of showcasing your talent to the world.

4. Being reactive instead of proactive

As mentioned above, the life of a musician is filled with twists, turns, and surprises that you need to react to swiftly and with precision. Instead of being reactive when these moments come up, do a little planning and take proactive measures. Rather than feeling like you're constantly catching up, you'll be on top of it and ready for whatever comes your way.

For instance, you could have an a cappella or freestyle planned in case the venue speakers blow, or prepare a go-to response in the event that an uncomfortable topic is brought up during an interview. There are an endless number of situations that can really hurt your artistic brand if you're not proactive in knowing how to handle them. As the famous saying goes, "Success is where preparation and opportunity meet."

Don't expect great results to just "happen" and only take advantage of opportunities when they present themselves. The only way to survive in the world of independent music is to be proactive in planning for and achieving your goals.