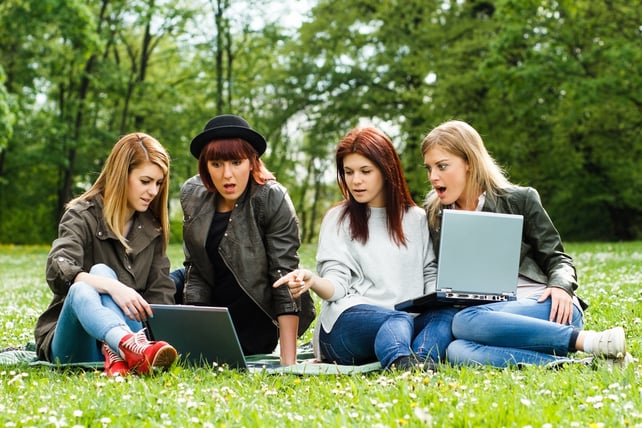 It finally happened: that hot music blog called your album "inspired" and urged its voracious readers to give it a listen. You do a happy dance and text your mom to tell her you're on your way to bonafide rockstar status. This one 300-word post has made your entire day, week, and month.

But before you get too swept away by seeing your band's name in print, don't forget whose fingers typed it. You likely either cold called the writer or blog, worked with a publicist or PR agency to facilitate the review, or had a friend of a friend pass along your music to his or her music journalist pal.

Whatever route the review took to get written, pause your celebrations and make sure these four things are on your immediate to-do list.

1. Write a thank you

Music journalists aren't obligated to write about anything musicians send over. In fact, writers' inboxes are absolutely flooded with emails from artists and publicists, making it impossible to open each one, let alone play the tracks inside. So the sheer fact that your pitch broke through, warranted a listen, and inspired a write-up is a bit of a miracle.

Be sure to send a thank-you note over to the writer. It doesn't have to be elaborate, but make sure he or she knows you truly appreciate the time it took to give your music a thorough evaluation. Regardless if the resulting piece is positive or negative, thank him or her for sharing his or her thoughts and getting your band's name in front of readers.

If you were fortunate enough to have a friend or PR person introduce the writer to your music, be sure to shoot him or her a thank-you email, too. It's a small gesture that only takes a moment but makes a huge impact.

The first logical step after reading a review of your music is to share it on social media. But before you scamper off and start posting all willy-nilly, put some thought into it. Make sure you're posting so that the blog knows you're doing your part to promote its article. After all, writers hate thinking that their pieces fall on deaf ears, just like you worry that no one is listening to your music.

When posting to Facebook, go ahead and tag the writer and/or publication in your post. This can be done low key; a simple, "Thanks for the review, Blog Name!" at the end of your post can suffice. In a tweet, either mention the blog or writer at the end. As a bonus, it's likely you'll get a retweet from the publication. Yay for more promotion!

3. Credit when using quotes from the review

You already know that press quotes are a valuable part of any media kit or artist website. Displaying them for promoters, other writers, potential team members, and more adds credibility to your whole musical operation. If there's already press buzz around your music, you'll look that much more attractive to folks you're trying to woo.

Just be sure you're not extracting lines from reviews and posting them into the ether. Be sure to attribute them with the writer's name, publication, and date, as well as a direct link to the review itself.

Also, if you want to clip the review into a snippet by condensing sentences, that's fine. Use an ellipsis (...) to denote that you're Frankensteining the review into a format that works for your purposes. For example, "the band's new album is a real departure from anything else on the radio...a complete 180 from their last single."

Most writers aren't expecting an everlasting friendship once your review goes live. After all, they're busy people who also often balance their passions with day jobs, families, and personal obligations. Not to mention that after your review goes live, they're probably already onto the next thing. This doesn't mean, however, that they've forgotten you or don't want to hear from you ever again.

In fact, it's really important to keep those connections alive in an organic way. If you live in the same city as the person who wrote about you, invite him or her out to see you play, or if you have a plus one for a show, offer to take him or her as your guest. If you see an article or meme or funny video that makes you think of an email exchange you had, send it over.

The key is to forget the "salesy" stuff and forge a human connection. That way, the next time you release a single, album, or video, he or she will be more likely to jump at the chance to support it because of your personal connection.