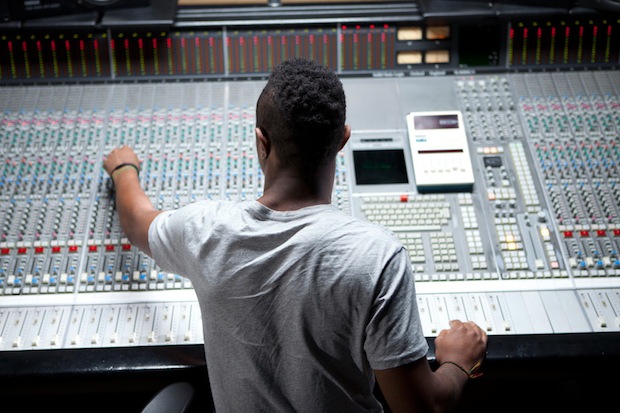 More than ever before, independent artists on limited budgets are heading into high-end studios. How do they afford it? Often by sacrificing a producer. For those with the vision and know-how, this is a great use of resources. All too often, however, artists acting as producers spend too much time decison-making and aren't able to focus on the music-making. If you're planning to forgo a producer, use these four key pieces of information to immensely improve the end result.

One thing that really helps engineers in the studio is knowing the core makeup of your group as early as possible. The setup, techniques, and processes used to record a guitar/drums/bass trio are much different than the ones used to record a 10-piece salsa band with a full horn section. Your engineer will most likely ask for this information at the start of a session, but if you can get it to him or her in advance, it will make setup go much faster.

Try to also have an idea of any ancillary instruments you’d like to add. If you think tambourine, djembe, or pedal steel might sound great on a particular song, make the engineer aware that you’d like to try it. Better still if you have those players on standby, so you aren’t scrambling to find somebody you can afford at the last minute.

Though the sound of a track can be heavily adjusted in post-production mixing, it’s essential to strive for the sound you want from the very beginning of the recording process. Things like microphone positioning and room size can influence the sound of a track enough to make it very difficult to correct later.

Before heading into the studio, try to find a song or record that represents the way you’d like your recording to sound. It could be more than one – perhaps you really like the way the rhythm section sounds on X record, while you really want the vocals to sound like Y song. This is the absolute best way to convey your aural dreams to an engineer. Anybody in a studio that’s worth his or her salt will be able to identify the techniques used on a recording or at least know how to reproduce the sound.

Bringing in these reference tracks is vital, as they will save the engineer lots of frustration and guesswork, and increase the likelihood of a satisfying recording experience.

Try to know how you’d like to record your group before you head in. Do you plan on recording all of the instruments live, playing all together? Do you want to record one instrument at a time? Some combination of both? What order would you like to record each instrument or group of instruments? This is a difficult decision to make if you haven’t tried each method, so try to set up a mock recording session before you go in. If you have a generous friend with a home studio setup, practice recording with all of these different methods. What feels the best? What sounds best and most accurately conveys the group’s energy and dynamic? Even rehearsing the songs one at a time or in small groups can give you a good idea of what will work best for your band.

Knowing this ahead of time will greatly cut down on setup time, as the engineer won’t have to constantly rearrange the microphones and rooms while you decide what feels best.

If you don’t have the capability or technology to produce high-quality, fully composed scores for your songs (which isn’t necessary for most types of contemporary music), even a cleanly handwritten lead sheet or chord chart with lyrics and a clear structure can help you and the engineer communicate. Let’s say you want to redo the last half of the bridge on your vocal take. If your engineer has a chart in front of him to reference, he should be able to identify the part you’re talking about fairly quickly. If not, he could end up spending a lot of precious and expensive time hunting around for the part you’re talking about. Clear communication is an essential component to a productive studio session, and bringing along clear charts of your songs will make fixing mistakes much easier for both your band and the engineer.