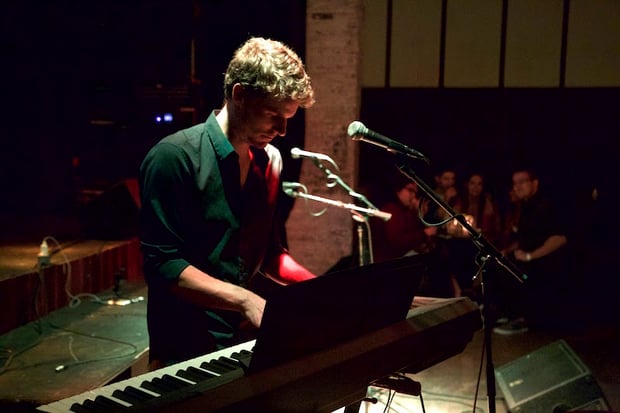 As a former writing major, I know all too well the faults of bad criticism. It makes the writer feel bad, it makes the commenter look inconsiderate, and it doesn't help the writing improve. In songwriting, something you've poured your heart and soul into, it's especially uncomfortable to receive harsh criticism. The wrong things get attacked, and the songwriter feels discouraged. Here are four tips for giving better feedback to use the next time your friend asks you to listen to their demo.

Simply saying "this is good" or "this is bad" isn't specific enough to help improve future or current writing. Although it can be difficult, try to think about why the song was good or bad. Keep in mind the chord structure, lyrics, unique qualities about the song, beginning, ending – what can you comment on, specifically? Did the music properly convey the emotion in the lyrics? Did the ending support the rest of the song? Did the beginning set the mood for the song? These are all important questions to consider when offering criticism, and can lead to asking even more important and song-specific questions.

2. Direct all comments to the music (not the person)

The worst thing you can do when commenting on someone's work is accidentally criticize the person. It's very easy to say, "Why did you use this chord progression? I don’t think it's the right choice." A much more productive way to provide feedback is to specifically comment on ways to further the song. You could phrase the statement as, "The lyrics in the song would be better supported by a minor chord progression." This way, the suggestion is phrased in a way that's only meant to improve the song instead of attack it. The suggestions will go much further if they’re presented in a welcoming manner.

3. Point out the positives along with your criticisms

There's nothing more difficult than sitting in a writing seminar and hearing all of your classmates say terrible things about a song you've worked weeks or even months on. Remember that although you're meant to point out areas of improvement as a critic, it helps smooth everything over if you add in a compliment as well. It's draining to constantly hear negative feedback about your work, and compliments are not useless. They contribute useful information for future creation and allow the writer to understand what should be kept in their song. A comment such as, "I really loved the lyric in the first verse, but a minor chord progression would highlight the emotions more," provides the writer with so much more useful information about how you’ve responded to their work than simply "I'd change out that major chord." The writer will be happy to hear the advice and happy to hear you liked something about their work.

One of the most difficult things in criticism is to separate what you like from what is good work. Everyone has preferences, but just because you don't like indie, doesn't mean the song you just heard was "bad." While criticizing works in genres you generally don't like, try to listen closely for aspects about the song you do like. Do you like the lyrics? Do you like the guitar solo? There are certainly pieces of songs you can pick out to comment on. Be aware that perhaps you didn't like a person’s work because of the genre, and avoid commenting if you will only have negative things to say about the song.

Remember, the purpose of critical analysis is to improve future writing and the current work at hand. Workshops are not a place to attack others – which only serves to make others feel bad about themselves and shut down the creative process. Criticism is an essential part of improving writing, and when used to its full potential creates beautiful, informed progress that could never be made without it.