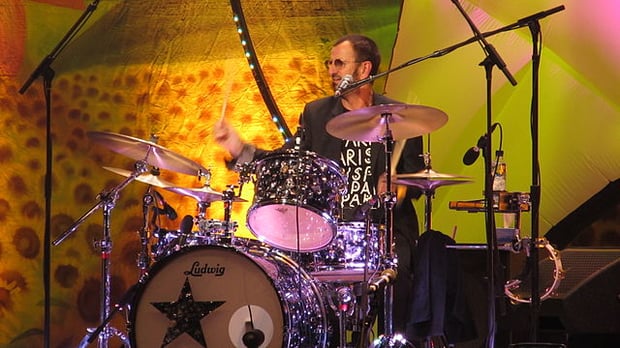 Technically, a drummer's role is to keep time. That's what's required of them. But with a job description that vague, it's basically a blank canvas. Still, most drummers get bogged down with traditional styles and just living up to the status quo. (Not that this issue is exclusive to drummers; most musicians largely color inside the lines, whether they'd like to acknowledge it or not.) However, the ones who break ground are much more often the truly great ones. Check out these five innovative drummers who each broke the mold in a different way.

Every musician knows the weight of the age-old mantra "less is more." Drummers, hopefully most of all, know not to muddy their parts with unnecessary notes and say exactly what they need to in as concise a manner as possible. No drummer exemplifies this principle more than Alex Leonard of Detroit post-punk outfit Protomartyr. There are plenty of minimalist drummers out there, but Leonard's drum parts are sparse and enormously creative. Leonard gets into the feel of the song and drums expressively, often looping a single angular beat for minutes on end.

A second calling card of his technique is his restraint from using the cymbals. By refraining from hitting the cymbals for the first half of the song, only using toms, kick, and snare, Leonard is able to create an enormous impact when he finally lays into the crash.

On the other end of the spectrum, we have the maximalist. The screaming wall of fury, unbound by seemingly anything. This is Zach Hill. Hill first made a name for himself with Sacramento-based two-piece Hella. The band's furious sound made them pioneers in world of math rock, pushing the boundaries of what had been done before. Currently, Hill puts his speed and physical endurance to work in the experimental hip-hop group Death Grips, where, during live performances, he improvises over a recorded beat of every song. Hill has also made waves on the internet via a video of him drumming for about a half hour in agonizing pain while wearing handcuffs. It seems there is no end in sight for the absurdity of Zach Hill's drumming.

Deantoni Parks could easily be called the future of hip-hop drumming. His style is cleaner and tighter than anything that came before him. Parks famously drummed for electronic superstar Flying Lotus on his 2014 LP You're Dead, which featured Herbie Hancock, Kamasi Washington, and Thundercat. He's also the drummer in the group Bosnian Rainbows with Mars Volta guitarist Omar Rodriguez Lopez, where he typically drums only with his left hand and plays synth with his right.

His grooves often become incredibly dissonant and difficult to follow, yet he never wavers from the beat. Parks' groove is so deep it's arguable that he isn't the best listener to the rest of the band, but how is any normal person supposed to know what it's like to be on that level of focus? Deantoni Parks' incredible and almost machine-like feel for the drums is unlike any other drummer in history.

Thom Yorke has been a household name since Radiohead's rise to stardom in the '90s, but enormous credit is due to the band's drummer, Phil Selway, as well. Selway is a master of world music, and it shows on his drumming with Radiohead. While the band as a whole occupies a relatively limited genre, the rhythms employed by Selway are quite dynamic. This relationship with Thom Yorke's storytelling is the equivalent of painting the same tried-and-true endearing painting many times, but using a different exotic canvas each time. Selway locks in flawlessly with bass player Colin Greenwood to create the infectious grooves that have become seminal to Radiohead's famous sound.

Last but certainly not least is one of the most famous names in the world of drumming: Ringo Starr. Starr's nuances are much more subtle than the other drummers on this list. His unique character simply shines through when he plays the drums. One instance in particular can be seen in the way Starr plays the hi-hat, bringing his hand down and up in a sweeping motion back and forth, left and right. Another element of his sound is how he plays a fill going around the toms, leading with his left hand. This would break up the otherwise rigid nature of a fill like that and create a more playful sound. Still a third classic Ringo trick is the flipping of the back beat, putting the snare on one and three to drive the song, instead of the two and the four, which had become popular at the time.

In the '60s, Ringo epitomized the role of a songwriter's drummer. He played strong grooves that brought tremendous life to the Beatles' songs in a way that no other drummer has. Every musician is well advised to take a page out of Ringo's book and do like he and all the other drummers on this list have done: throw your own personality into your parts and play something that reflects who you are.