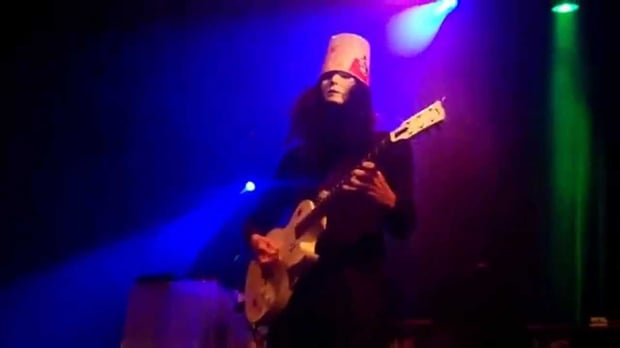 Whether you’re a guitarist, a trumpeter, or just a passionate listener, you’ve probably noticed some iconic, instantly recognizable sounds that crop up over and over. There’s the furious rip of a Les Paul through a Marshall stack. An American Strat singing through a Fender tube combo. Or the old-school sound of a Silvertone plugged into a Roland Jazz Chorus. Some tones are a match made in heaven. But some songs call for sounds less heavenly – sounds that make you stand up and ask, "What the hell is that?" Here are five times our world was visited by unearthly guitar tones and why they were perfect.

What made this one so amazing? It was so unexpected. Midnight Oil (famous in the US for "Beds Are Burning") made their bones as a chugging, brawling bar band. They were all about a crossfire of strumming acoustics or a well-placed, windmilled power chord. But these guys had progressive, experimental aspirations too, and with this crazy track, they shouted those aspirations out loud. How many stompboxes did Jim Moginie have to line up to find this tone?

These guys were a weird, weird band. They kept listeners guessing constantly, swinging back and forth from death metal to ska to pinball machine music. Seeing them working their tails off to duplicate their ambitious songs live was legendary. But sometimes they just had to kick ass, as evidenced by Trey Spruance’s chunky power chords that start around 0:58. Never mind the awesome right-hand work. How did he get that tone? It sounds like his guitar has 11 wound strings.

Let’s be honest: a funk song this is not. Guitarist Robyn Guthrie of Cocteau Twins is all about ambience and oddball and synthesized guitar sounds, not ripping solos or heavy grooves. Here’s a perfect example: Guthrie’s are-you-sure-that’s-a-guitar forms a pillow for the listener’s head and an inspired backdrop for Liz Fraser’s ethereal vocals.

I’m not sure we could have a discussion about crazy guitar tones without a nod to My Bloody Valentine. Shoegaze royalty, this band achieved their unstoppable tones with boundless creativity and dangerously high volume, with performances loud enough to send worms crawling up out of the ground for miles. Not only do the guitars on this track sound completely unlike guitars, they don’t sound like any other Earth instrument either.

5. "Another Song for a Blue Guitar," Red House Painters

Mark Kozelek is a terribly underrated guitarist, probably because he doesn’t play lead. But it’s hard to find a more tasteful, inventive rhythm player, especially when it comes to the acoustic. On this track, it sounds as though Kozelek just found a guitar washed up on the beach, slapped a few strings on it and wrote a song on the spot.