5 Signs That You're Not Ready for a Label 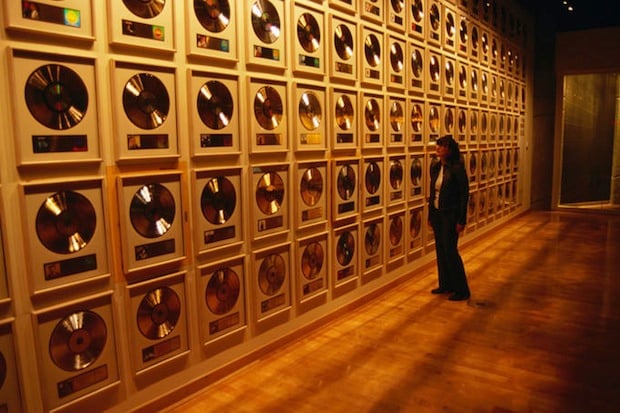 In the digital age where music is more accessible to listeners and listeners are more accessible to musicians than ever before, the role of record labels is in question. Music has practically become free with the onslaught of online distribution and promotion, and labels have changed how they structure their deals. The "new deal" is much less artist friendly. With lower margins, the advances are much less, and the increasingly common 360 deal takes a percentage of all of the artists’ income (touring, merch, etc.).

Many artists who don’t want to sacrifice any creative control, lose big percentages of their income, or risk their material getting “shelved” (never getting released) have had to learn how to build their careers without the help of a label. Artists have been forced to get creative with how they market their music and interact with fans in order to build their following on their own, and many have succeeded at building a solid career this way. While some continue on the independent crusade, others who desire a level of success that requires a major label’s connections and budget finally sign a record deal once they have leverage (a big fanbase/social network numbers, significant record sales, etc.) and are thus able to land less constricting deals.

As an artist, it can be difficult to decide what the right path is for your career. The thought of having a record deal is still pretty alluring for a lot of artists, but it’s not always the right path for everyone, and it can vary depending on the stage you’re at in your career. Here are five signs that you’re not ready for a label:

1. You’re just starting out and don't have any leverage.

If this is the case, you will most likely have to give a lot to get where you're trying to go. If your goal is to retain all ownership of your material and keep all of your profits (however large or small they may be), then a label early on in your career probably isn't right for you.

2. You’re all about full creative control and you aren't ready to allow others into your processes.

Major labels will often want to tweak your image, push your sound into a different direction, change your name, put different band members in your lineup – anything that they believe will help them profit off of your music. Some artists are into receiving assistance with all aspects of their career, and are willing to do whatever it takes to "make it." But others place a really strong value on keeping their creative outlet totally pure. If you're in the latter group, then a label (at least a major label) might not be the best bet for you.

3. You aren't ready to fully treat your art as a business.

When you sign to a label, your music becomes much more business-centric. You often receive an advance (a loan) and you need to work to recoup all of that money for the label. Everything becomes about the bottom line and how to make more money for the company. If you think you want to be signed to a label, you need to be prepared for your music to be treated like a product.

4. You just want to play music for fun.

That's totally acceptable. Have fun playing your music – just don't sign a record deal if that’s the case. A record deal is mainly a business decision to advance your career as a musician, so you need to be very serious about it. It's not a just a hobby anymore when big money is involved – as mentioned above, it's a business in which a company has to profit off their investment.

5. You’re not ready to leave home.

As record sales have become virtually nonexistent, touring is one of the last bastions of an artist’s career to generate income. After signing a deal, you need to be ready to hit the ground running. This means quitting your full-time job and leaving behind your wives/husbands/significant others, children, friends, pets and all other comforts of home for several months at a time. When signed to a label, you need to be 100% committed to be anywhere at anytime they ask you to be seen and heard. Touring can be a lot of fun, but it's also really hard work. It can take a serious toll on people who aren’t ready to trade in comfortable living for being cramped in a van with the same people for hours on end.

As you continue to grow as a musician and person, how you feel about each of these things may change over time. It’s a good idea to check in with yourself every now and then to reevaluate whether or not you’re ready to take the big step of pursuing label support for your music career.

Ari Goldstein and Kim De Los Angeles are co-founders of AK Artist Group, a creative management company based out of New York City. They work with an eclectic roster of artists, including buzzing bands Mainland, The Teen Age, Silverbird and Challenger.

Ari's career in the music industry began when he funded the release of O.A.R's debut album, The Wanderer (1997). After successfully pursuing other interests and working as an MC for 12 years, he began managing New York band Motive in 2011 and has been actively working in the industry ever since.