5 Signs You Might Need to Reconsider a Career in Music 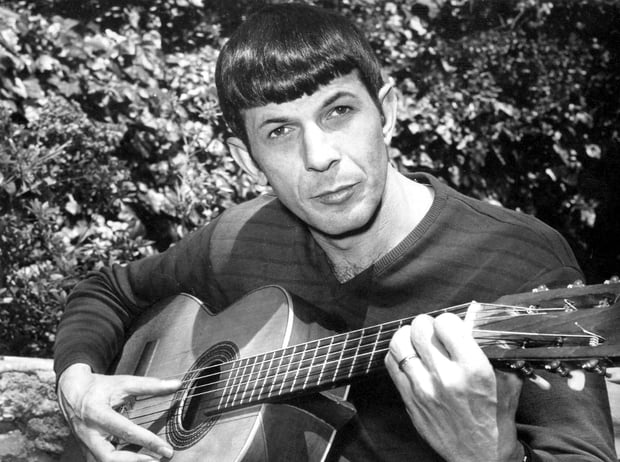 Ask anyone who's made a career out of some aspect of the music business, and they'll no doubt tell you that they love what they do. If you love music, there’s nothing better than being involved with it for the rest of your life while making a career out of it, right?

Like most other hobbies and occupations, a career in music isn’t for everyone. It takes a special kind of person to be able to successfully navigate the many different and separate facets of the music industry – and that has nothing to do with your own musical skill! Even if you focus on the business side of things, there are many extraneous obligations that will challenge anyone to last long in the notoriously machine-like music industry.

If you’re struggling to carve out your own little niche in the music industry, it's important to be honest with yourself. The modern era of music requires much more of people than basic (or even advanced!) musical skill. These are some of the most important telltale signs that, while you might love creating and performing music, you might not be cut out for a full-time career in the music business.

1. You have a hard time promoting your work

Being a musician is arguably more about your marketing skills than your actual musicianship in the eyes of many people. That’s because a musician, especially at first, is almost solely responsible for his or her own successes in the modern age. With the record industry’s infrastructure going through massive changes, and the actual money it once had depleted, there's less support for upcoming artists than ever before. More record labels are strictly relying on the actual musicians to lay the groundwork for their success, often waiting to get involved after they have proven to be money makers. This radical change from the old way of nurturing talent means musicians need to learn and become skilled at marketing themselves, or suffer obscurity.

2. You always feel stressed out about regular musician activities like performing, writing, and recording

Being a musician can sometimes seem cooler than it feels when you are doing it. That’s because it isn’t all just sold-out shows and partying – being a successful musician is a ton of work. In fact, you aren’t really doing it right if you aren’t working on being a musician whenever you’re awake. That’s because in addition to the marketing skills mentioned above, there's a never-ending list of reasons for a musician to either be playing music, writing music, recording music, or practicing. If you're having a hard time accepting these obligations, or are just having a hard time pulling it together, it won’t be long before you experience a lack of success in your music career.

3. You aren't selling much online or at shows, despite your ongoing best efforts

With musicians increasingly responsible for their own destinies, playing shows and selling merch has become essential to not only promoting your music, but also making money. Regardless of your ability to promote, market your music, or just plain schmooze, it'll be difficult to establish a career in music without actually having a solid product to offer the world. I know. It’s like the snake eating itself. So while you must extend yourself outside of the traditional comfort zone musicians usually reside in to embrace the business side of things, you still have to crank out exceptional music while establishing yourself as the best at your instrument.

4. You have a hard time organizing your life and your work

If you’re constantly running behind, missing deadlines, getting fired from jobs, or getting dismissed from bands due to your poor organizational habits, you may be in for a difficult ride in the world of music. While you might think the world revolves around your schedule, there are few times in the music business that only one person is involved. Anytime there's a schedule to follow or deadlines to be met, deviation can be a slap in the face to those you're working with.

Maintaining your health and ability to perform through a steady job or managing your money is also crucial. If you can’t afford to pay for your electric bill to practice, how can you plug in your amplifier? Showing up to gigs dirty and smelly is also a surefire way for people to question your ability to make it in the music business.

5. You want an immediate return on your investment

The phrase "a career in music" is almost a paradoxical statement, because while you may wind up performing and living your life around the constraints and demands of the music business, the actual money that comes with the usual career employment is usually nonexistent. That being said, if you're in dire need of money and feel constant pressure budgeting your time for under-paying musical activities, you might not be cut out for a life in the music business. The majority of your time will go unpaid, with rehearsals, soundchecks, songwriting sessions, and personal practicing falling well outside of billable time.

Until you've achieved any success at all, you'll likely be paid very little for the time you do spend onstage. Your studio time, if you get any, will be paid for out of pocket or recouped through record sales. If you’re on the business side of things, interning and self-motivated projects are the norm without having applicable industry experience already.

While this might sound bleak, it's merely a reminder that if you truly want a career in the music business, the most important thing that will get you through all the scheduling, time wasting, lack of money, and lack of success is the thing that got you to the door in the first place: your love of music.