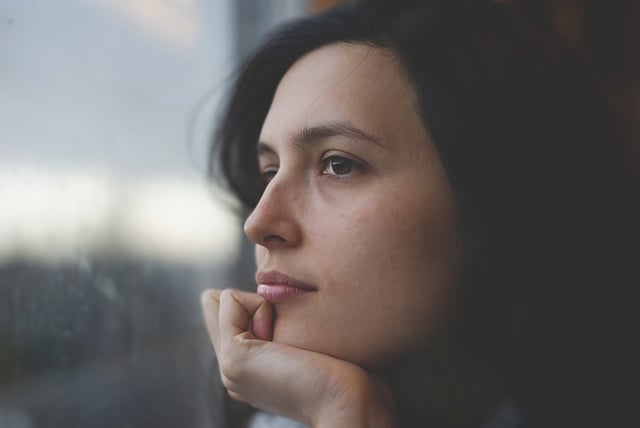 That old adage that "it’s all about who you know" isn't nearly as powerful as how someone knows you. It’s deeper than just how they got to know you, though; it’s what happens before the relationship starts and how you carry it on after.

When you’re feeling stuck, turning your attention to building relationships is the single best antidote. Here are five things that you can do today to get unstuck while making your relationships stick.

When was the last time you called yourself out on where you spend your time?

Maybe you’ve spent the past month getting frustrated with your website or not following up with people you’ve reached out to. When we waste our energy in the wrong areas, it’s often likely we’re avoiding more lucrative tasks, like building our connections.

Write down all your recent tasks you’re spending too much time on. These are items you must now avoid. Now write down the things you’ve actually been avoiding. Any items here that have to do with starting or growing a relationship are now your priority; they pack a far greater punch in the long run.

2. Ask for help, not support

When we’re feeling stuck, it’s really easy to go for the quick fix. Blast some social media posts, do some quick promotion in a Facebook group, instant message our friends. But how do we make people feel when we do this?

More than likely, not that great. Which is the exact opposite reason of why we create music in the first place. Instead of asking someone to support you by listening or buying, try asking for some guidance or their opinions on what to do next. Facebook groups are a great place to do this if you’re not sure where to start. Just remember, the only thing that matters is that you're genuinely asking for help and making that connection to others, and it isn’t a promotion in disguise.

3. Read between the lines

Imagine if people couldn’t listen to music anymore and instead could only talk about it. Rather than showing someone a song, you’d have to tell the story behind it and explain how you felt recording that first lead line. The irony is we would be far better at making people want to listen to our music.

When starting to build connections with new people, your music’s sole purpose is to be a conversation starter. Right now, if you jump onto Twitter you can find someone new who loves what you do. Send him or her a tweet about what he or she is talking about and see where the conversation goes, but make it your mission to leave your music out of the conversation until that person brings it up. Take an interest in someone else's interests rather than your own, and watch your relationships flourish.

4. Find yourself a mentor from afar

I guarantee that no matter where you feel stuck, there's someone out there who's covering the exact thing you’re struggling with in fine detail. You don’t need a million pieces of advice; you just need to focus in and try something new.

Commit to consuming this person’s material exclusively for the next seven days, action his or her advice, and when you’re done, send him or her an email with what worked and what you’re still stuck on. Not only will you get to focus your learning, but you’ll be starting to build a real relationship with that person, too.

5. Do something for someone else

Chances are if you’re struggling with something, others close to you are as well. Our initial reaction is to individually seek an opportunity to fix the problem. But what would happen instead if you tried to solve your problem for someone else?

Starting a movement, no matter how small, isn’t exclusive to a small set of people. It’s actually your job. What could you put on for people where you aren’t the main act? It could be a collaborative record, a gig, or just a place for like-minded people to hang out.

It’s much harder and far more rewarding to make something for others to showcase their talents... that you just so happen to be appearing in as well.

It’s relationships that drive us forward. The stories we tell, the value we bring to the lives of others. That’s why we’re artists. There's so much importance on looking after others in our circle, and not just looking for the big leap or the quick fix to our own career.

We need to look after ourselves and make things happen there. Not only can that bring more reward to others, but it’ll help our own career too. Because it’s not who you know in this industry, it’s how they know you.

If you want a final little challenge to really make your next relationship stick: next time you’re thinking about "what should I do next?" go do something for someone else without asking for anything in return.

Steve Palfreyman is the host of the Music Launch Summit, put on by Music Launch Hub. The conference, which will span from September 13 to October 4, will feature 40-plus speakers from around the music industry, including Benji Rogers (PledgeMusic), Jennie Sager (Twitter), Rodney Holder (MusicBusiness Facts), Andrew Apanov (WeSpin), Budi Voogt (Heroic Recordings), and Ian Clifford (Make It In Music). The best part? It's totally free to view all the talks. Save your spot for the summit here.