Musicians: How to Leave a Lasting Impression on Someone When You Only Have a Couple of Minutes 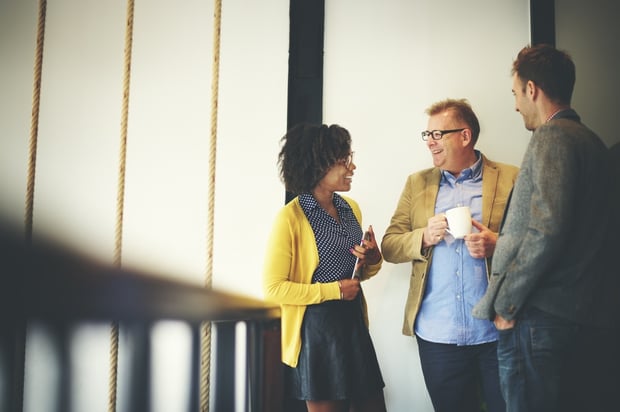 If you’re just getting into the business of music, you’re soon going to realize that things move quickly, and in order to succeed, you’ll need to keep up. You want to be memorable, but sometimes those you want to keep you in mind – writers, promoters, label reps – will only have a few moments to speak with you, if they even have that. I've personally met a ton of artists, publicists, and startup founders, and there are some that I remember well, while others have completely faded from my memory, even though I spent the same amount of time with all of them.

With so little time to be memorable, what’s a musician to do? Here are a few suggestions that will help them recall who you are and what you do when it matters most.

You might think that the goal is to tell the other person all about you and what you do, but beware: that comes with negative connotations. People like to talk about themselves, but people also remember those who only have one thing on their mind. It’s great to be able to chat up your music and what you want to do with it, but first, bring him or her into the conversation and show that you’re genuinely interested in who they are as well.

The easiest way to do this is by asking the other person a question. It can be almost anything, but try to keep it relevant to what you’ve been talking about or where you are at the moment, yet open enough where he or she can talk about him- or herself. It’s a great way to kick off what could become a meaningful relationship for the both of you.

This is a trick I've learned from meeting many successful musicians in my time. When you first greet fans, repeat their name back to them, and if it’s one that stands out, discuss it briefly. This not only shows that you’re engaged, but it helps you remember the name. It’s easy to think, "I’ll just remember everyone’s name," but we all know it doesn’t really work like that.

When I've met famous singers and members of bands, they say my name when we first meet, and then a few minutes later when it’s time to depart, they say it again. "Nice to meet you, Hugh!" or "Hugh, was it?" It took me a long time to catch onto the fact that these people were repeating my name as a way to make me feel special, and that it was totally working. Even though I’m aware of what they are doing when it happens now, I don’t feel any less great about myself when someone I look up to and admire remembers me, and that’s an amazing way to leave a positive lasting impression in just a minute or so.

Sometimes when you’re meeting a ton of new people all at once in a short period of time, it can be difficult to stay in the moment. You have other things on your mind, or you’re tired, and yet you’re stuck speaking with bloggers, business people, and those at labels and publishing houses. Your relationships with these people are all important, but sometimes it can be a challenge to continue listening. Not everyone will begrudge you for tuning them out slightly, but someone looking to work with you professionally probably will.

Of course, it’s better to actually hear and absorb everything that everybody says to you, but I’m trying to help you in the real world here. Challenge yourself to listen well enough that you can repeat something the person in front of you has said. This sounds silly, but it's worked for me before. If you find yourself leaving the conversation mentally, come back at least long enough to grab a detail or a part of the story he or she is telling. If that person talked about loving some other band’s concert last night, tell him or her that you also listened to their new record and liked it. If a future valuable contact is sharing how his or her day was tiring, make a crack about long nights driving from one show to another. It doesn’t really matter what you connect with, but you can only get away with saying "uh huh" and "hmm" so many times before somebody realizes you’re not listening.

This is sometimes easier said than done, but like with anything else, practice (and preparation) makes perfect. Everybody likes someone with a quick joke or funny story, so have a few in your pocket ready to go at a moment's notice. I have several that I like to pull out when the conversation lulls even slightly, and I find a way to make them relevant to the time or place I’m in.

These tales can really be about anything, and you usually only need a few of them. I like to tell people at shows about the time I yelled one specific song name to a member of a band while he was onstage and that band member called me out, made fun of me, and then the group performed the hit I had been looking for. It’s lighthearted and fun, and that’s hopefully how some people remember me, thanks in part to that story.

This works great when you can actually compliment something that someone has done, as opposed to simply commenting on the person’s appearance or something equally as superficial (which helps, but you can do more than that). If you’re talking to a writer, say how you read his or her review of one band and how that led you to discover him or her as well. If you’re meeting somebody in a more popular band, you can share which song of theirs is your favorite. Just like talking about themselves, people love a good compliment, especially when it feels genuine – so don’t fake it!