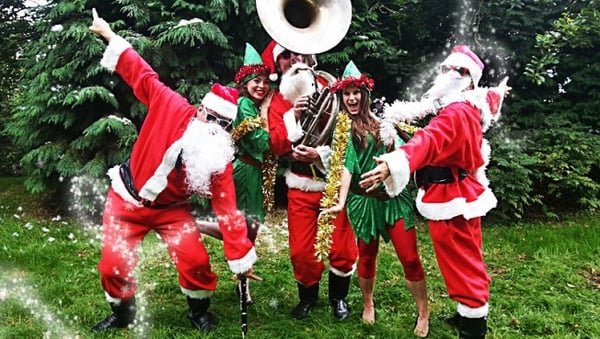 If we play a holiday show dressed like this, will Santa bring us everything we want? (Image via warble-entertainment.com)

No matter what you celebrate, or even if you don't celebrate anything at all, the holidays are the perfect time to selfishly ask for things you really, really want but cannot afford to buy yourself. For independent musicians, that hopeful list can be incredibly long.

To make things easier for all the generous gift-givers in a musician's life, we've narrowed it down to just five simple things. We aren't asking for much – just five things, you guys! And we'll totally put you on the guest list at our next show you if you knock off even just one of the items on our wish list. Thanks in advance, and happy holidays! 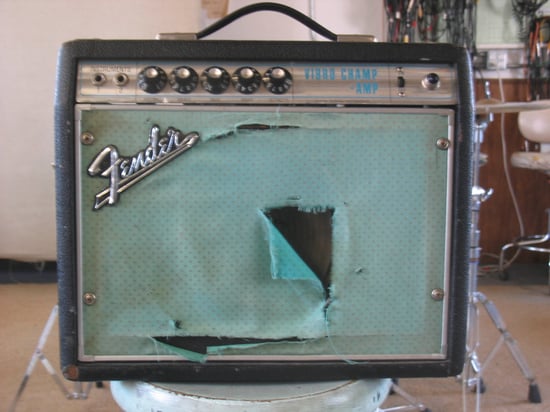 This amp is no good. Please gift us a shiny new one. (Image krecs.com)

Money is often tight for up-and-coming bands; most are paying for everything from merch to recording to distribution entirely out of pocket. Depending on how things are prioritized, funding for equipment can be slim, resulting in the continued use of that one amp that could potentially blow at any moment. Is it too much to ask for a complete array of brand-new, 100 percent reliable gear? We promise we'll take good care of it.

2. A devoted drummer who brings his or her own kit to every show 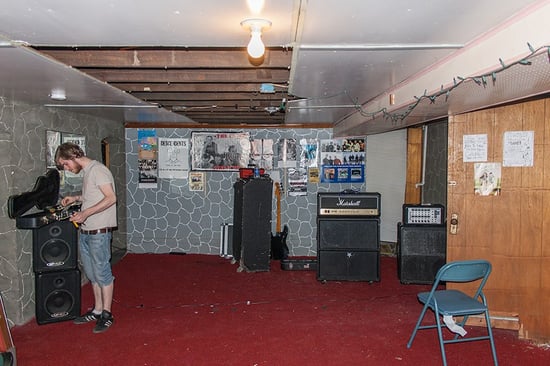 "Someone brought a kit, right? All I've got are cymbals and a snare," said every drummer at the show. (Image via thehardtimes.net)

Is your drummer also the drummer in five other bands? It really seems like they're few and far between on the local and underground level so, naturally, they're in high demand. Competing with shows and rehearsals of other people's projects can really heighten what is already a difficult scheduling process. (Props to all those drummers who somehow make it work, though!)

And why does it also seem like none of them ever want to haul their own kits to the show? We understand, it takes up a ton of room in any vehicle. It's a pain. But if you've ever been in that dire last-minute situation where multiple drummers have brought snares and cymbals but nothing else, then you know the struggle. And the freak-out. 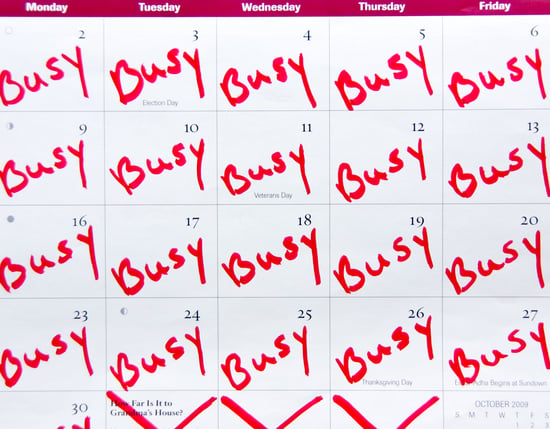 Jobs, families, social lives, other endeavors – all of those responsibilities are also fighting for the time you need to grow your DIY band. Do we even have to point out how much time that effort actually requires? Between rehearsals, shows, recording, and social media work, the ideal commitment feels impossible to squeeze in. Can we get a few more hours in each day? Or learn to function perfectly without any sleep, maybe? 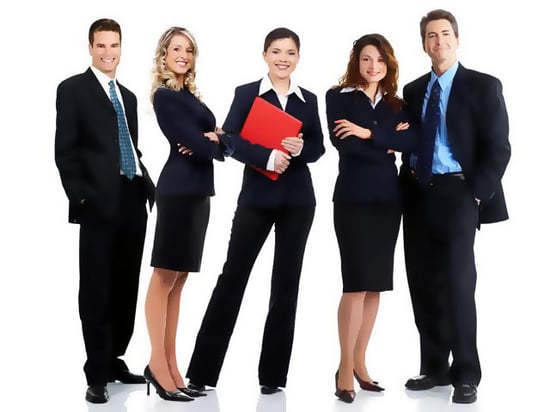 There's a reason this image of your professional, hard-working dream assistants looks odd. It's because they're not real, and they never will be. Not even a dressed-down version of them. (Image via brajeshwar.com)

If we can't have more time in the day or a super-human ability to operate with no shut-eye, can we at least get some help? Like, for free? Seriously, wouldn't it be great if every band had a gaggle of eager assistants ready to flawlessly execute social media strategies, press campaigns, and sell the crap out of your merch while you're killing it onstage? In exchange for their services, you could give them lots of gratitude and a shout out in the liner notes of your debut record. That's enough for payment, right? 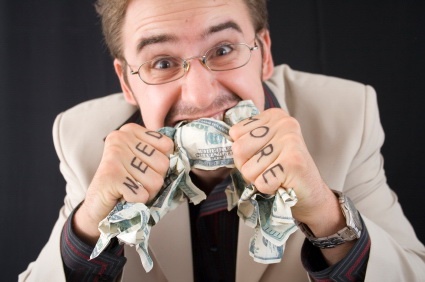 No matter how frustrated you may be with your financial situation, do not eat the money you do have. We repeat: do not eat your money. (Why is this guy eating money? Gross.) (Image via gulpfish.com)

Are you stuck in that stage where venues and booking agents won't offer you any compensation for a live show? How often do you hear the word "exposure" or the phrase "it's a great opportunity"? Honestly, when you're trying to fund a DIY band, even once likely feels like too often. Bands who do get paid for shows, whether based on ticket sales or guarantees, still see plenty of double and even single-digit totals in their checking accounts as a result of their music-making ambition. Gear is expensive. Fronting funds for merch can be costly, and the return is often slow. Don't even get us started on how pricey it is to tour. And every hour you devote to your band, of course, is another hour you're not earning money at the job that actually earns you money. In light of this, can someone please deliver a suitcase full of Benjamins at our next gig? No questions asked.

What's on your holiday wish list? Let us know in the comments!