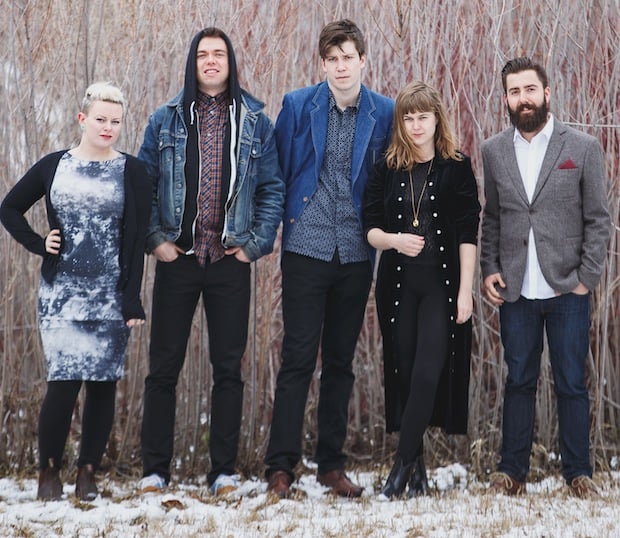 Every fall since 1981, CMJ Music Marathon has gathered bands, music industry professionals and music enthusiasts for what has become the largest music festival in New York City. The event has helped launch the careers of artists like Gotye, Arcade Fire, Red Hot Chili Peppers and countless more. Among the seasoned vets of CMJ is Sonicbids band Rah Rah, who has played the festival numerous times and has been crowned “Best New Canadian Band” and “Best New Alternative Band” by iTunes Canada.

To help you prepare for this year's CMJ taking place October 21-25, 2014, Rah Rah was gracious enough to give us five of their best CMJ survival tips. Don't forget to apply by June 25, 2014 for your chance to perform!

We've had a number of really fun shows at CMJ over the last few years. It's a great festival that always has a solid lineup of awesome bands! That being said, New York City can be overwhelming any day of the week, let alone when a massive festival like CMJ descends on it. Here are some CMJ survival tips we've learned – sometimes even the hard way – so that you don't have to:

1. Book your accommodations well before the festival. Last year we foolishly didn't book our lodgings ahead of time and wound up staying out in Jamaica, Queens (although it's technically part of New York City, it's pretty far from the general CMJ action). Not only was it inconveniently located, but we had to squeeze our six-person band into one very tiny room. Should've arranged something with a friend earlier, I guess... oops!

2. Avoid driving to gigs. Driving and parking can be a huge pain, especially on the Lower East Side, so a better option would be to call the venue in advance to confirm exactly what gear they'll have available for your set and what stuff you'll need to bring. If backline is provided at the venue, we recommend renting/borrowing a bike or taking public transportation (which runs 24 hours a day in NYC). Venue managers usually know how crazy driving in New York can be, so chances are they'll provide a backline for you if they can. Also, biking around the bike paths of New York is one of our favorite band recreational activities.

3. Eat falafel at Wolfnights and Indian food at Panna II. These are our two favorite spots for eats in Manhattan! (Ed note: For more NYC food recommendations from fellow musicians, check out this map.)

4. Eat an orange every day – they're full of vitamin C! Being healthy is almost as fun as partying... Aim for a balance, but to don't let any drink tickets go to waste either!

5. Watch bands and hang out with your friends! CMJ is a good time to see other bands or meet up with friends you don't usually see. We always seem to have some other musician pals in town, and these large festivals can often be the one time of year that we have a chance to catch up with these old friends who might live in different cities or just tour in bands constantly like we do. Keep an eye on the shows that Sonicbids recommends – they have good taste!

Sign up for the Sonicbids newsletter to stay on top of all things CMJ, and stay tuned for more updates!