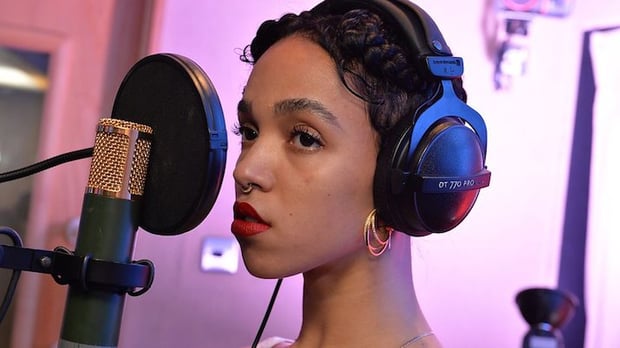 Vocal manipulation has become increasingly common in mainstream music as of late, with artists like Kanye West, the Weeknd, and Grimes leading the way. We're giving Grammys to musicians who use autotune religiously – and it's not because our expectations from vocalists are diminishing; we're just enjoying the experimentation in modern production.

Everyone loves a good vocalist – there's nothing like listening to Adele belt out a ballad with just a pinch of reverb on her voice. But at the same time, artists who embrace modern vocal production can stand to enhance their vocals, even if they're naturally talented singers. And on the other hand, if you're not the best singer but you write great lyrics and melodies, you can use vocal effects to create interesting soundscapes.

I'm not recommending you stop practicing, download Auto-Tune, then put a million effects on all of your vocals by any means. But I do believe that embracing modern technology and production can give your song a unique edge while still keeping it accessible and interesting. Here are five tricks commonly used by producers to make your vocals sound more modern.

1. Pitch vocals for harmony and layering

Experimental artists have been pitch-shifting vocals for a while now, but it's finally making its way to the mainstream. Artists like A$AP Rocky, Kendrick Lamar, Kanye West, and countless others will opt out of harmonies and use re-pitched a cappellas to create an alien-like vocal effect.

Essentially, if you take your main vocal stem, pitch it up or down a fifth, then put it underneath the main vocal, you have a harmony. However, the harmony vocal will have the tone and sonic texture of a slowed-down or sped-up effect, adding a modern, creative edge to your vocals. You can hear it clearly in the intro vocals on Kanye West's "I'm In It":

In addition to harmonies, you can pitch vocals to stand their own ground, making the track ominous, mysterious, or even uplifting, depending on the direction in which you pitch the vocal. You can hear an example of a pitched vocal existing on its own in Drake's "Own It" at the 1:50 minute mark:

Producers for artists like The Weeknd and Jay Rock are using reverb swells to introduce their verses and choruses.

Say your song has begun; you're going through the main chord changes, introducing the drums, etc. The vocals need to come in, but you want an extra dynamic to make their presence appear smoothly. You can take the reverb trail off of a vocal stem, consolidate it, reverse the audio clip, and apply it before the vocal begins. It's similar to a drummer using cymbal mallets to fade in the cymbal percussion, making a growing swish sound.

You can hear an example of the reverb swell at the 15-second mark in the Weeknd's hit single "Tell Your Friends." It's subtle, but once you begin to listen for it, you'll hear it all over modern pop and rap music.

Auto-Tune is a dirty word to many singers and music fans. However, when used stylistically for effects purposes, it can actually be a very modern, interesting tool.

While artists like T-Pain have made a worldwide killing with Auto-Tune, other singers choose to stray away from the effect due to its negative connotations. But let's take an artist like Frank Ocean, for example. He's an incredibly gifted, Grammy-winning vocalist with one of the most highly anticipated albums of 2015. However, if you listen to his track "There Will Be Tears," he begins the track with Auto-Tune, but his vocals are produced in lo-fi manner.

In order to replicate this effect, apply an Auto-Tune plugin to your vocal stem, cut the high end out of the vocal around 6 kHz, and add some subtle reverb and delay. This can be used as a main vocal, but it can also be a great backing vocal that adds in slight embellishments and harmonies, like producer duo Midi Mafia did on Ocean's hit song, "Swim Good."


4. Sidechain vocals to the drums

Sidechaining is a common compression effect that producers use to create a clear mix. However, with producers like Flying Lotus and Stwo on the rise, we've seen sidechain compression become a stylistic effect as well.

Artists will sidechain white noise to kick drums in order to create a rhythmic swish sound. And now, we're seeing producers sidechain vocals to kick drums. In other words, every time the kick drum hits, the vocal compression responds, making the vocal appear to lower in volume at each kick drum hit. This gives the vocal a modern, rhythmic, ambient effect, almost like the vocal is ducking underneath the bass.

You can hear Stwo sidechain Banks' vocals at the one-minute mark of his remix of her popular track "Drowning." It's subtle, but with enough reverb and delay, you can fuse the vocals in with the rhythm very smoothly.

5. Loop your vocal into the song's foundation

FKA twigs is one of the most exciting up-and-coming pop artists. Like Grimes, she's marching into the mainstream with avant-garde music. One technique she often uses is the layering of her voice as a backdrop for the song to build over. One of her breakthrough tracks, "Water Me," which has over 11 million views, is completely based off of a vocal loop from her voice. It doesn't include lyrics or traditional melodies. Her voice, pitched in all different directions, is stretched out and made into chords, more or less. This unique, modern experimentation can take the place of a guitar or piano.

Take a wordless stem from your vocal, and make it the root note of your song. Layer the stem over and over until you can make chords out of it. If you don't like the clip or don't think it's long enough, try adding a bunch of reverb to it – or mix up the order of the notes and create your own melodies by pitching it up in certain parts, almost like a guitar line. This modern experimental technique will give your music a strong creative edge, like it does in FKA twigs' "Water Me":