5 Types of People You Don't Want in Your Band 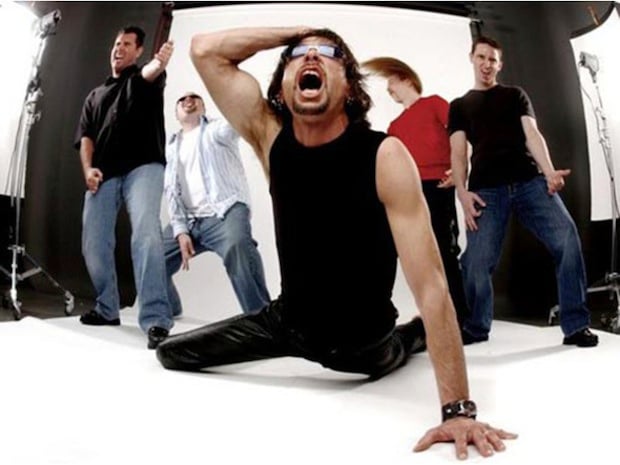 Bands are delicate ecosystems, even when there are only two members. The weirdness that exists between members can be the trigger for really special music, the little pocket out of which a very specific kind of creativity grows. That weirdness can also be the reason a band doesn’t last very long, or makes bad music, or lasts too long when nothing satisfying to any of the members is happening... or something even worse.

For this reason, it’s helpful to be selective when forming your band and to be able to spot red flags in potential bandmates. It may sound like a sterile, uncreative approach, but at the end of the day, your band is like a business. You may appreciate someone’s creative genius, but if his/her personality or habits don’t align with yours, it’s unlikely it’ll be a sustainable partnership.

There are, of course, several types of people you don’t want to be in a band with (sexists or violent creeps, for example), but would you really want to work with those people in any context? For the purposes of this article, we're talking about the types of people that are a bad idea to team up with in the specific arena of bandhood.

Here are the top five to look out for:

It’s 100% fine, even great, if people play in multiple bands that they truly care about. It can be great for one’s creativity to interact with different musical work ethics, different genres, different players, etc. It can foster community, too. But what you don’t want fostered is the idea that your band can only play shows that don’t conflict with the schedules of this member’s 14 other bands. I can’t imagine how anyone would ever get anything done this way, unless writing/rehearsing/recording/touring are very low priorities to your band. Otherwise, avoid the musician who is overly committed. You’ll notice yourself slowly going insane trying to even book practices.

No one has fun loading out of the venue after a show, into the van, out of the van, and then back into the practice space (okay, maybe Ian MacKaye does). People enjoy doing that loading on their own even less. Beware the shirker of this duty, someone who doesn’t see it as part of the job of being in a band that can’t afford or doesn’t want a road crew (which is almost all bands). This shirking can also translate to not paying their share of practice space rent when the band fund is low (which is almost all band funds). When they don’t carry their agreed-upon load, yours gets heavier – and unless you want the (possible) extra power that can come with putting in more work, avoid working with people who will ghost on you.

Recently, Michael Stipe gave a speech inducting Nirvana into the Rock and Roll Hall of Fame. He mentioned at least twice that they were people “who rubbed each other wrong in exactly the right way,” and that that was part of their greatness. And of course, this is true! But there are also wrong ways to rub each other wrong. Consider the case of the early grunge band Green River, consisting of future members of both Mudhoney and Pearl Jam. Those bands are very different in ethos, delivery and aesthetics. For a while, however, members of them were tied together, and it didn’t go so well. Mark Arm wanted to be in a dirty punk band with no major label aspirations. Jeff Ament and Stone Gossard liked listening to Whitesnake, wearing makeup onstage, and trying to convince Mark Arm to take vocal lessons (and had major label aspirations). While a situation like this might lead to a brief spark of legendary music, it’s unlikely, and it will more likely flame out with no one getting what they want. Find people who aren’t exactly like you, but who don’t have diametrically opposing aesthetic goals either.

I might be two years sober, but it’s only because I know how to ruin things by getting too loaded. You don’t want someone in your band who’ll mess up the show time and time again on account of not being with it enough to know what song they’re supposed to be playing, or what frets are for. Well, if you’re doing it in a charming way, like The Replacements, maybe you can get away with it. But if you’re not (and most bands are not), find someone who knows how to keep it together, or can at least play well wasted.

Also a bonus: someone who won’t get you in trouble at borders because they just have to bring drugs on tour. I don’t do drugs anymore because I can’t, but if I did, I’d just tough it out and find them in the town I was going to. Going to jail for something like a bag of pot is a real bummer way to have your tour ruined.

David Byrne once said of Tina Weymouth that he loved how she didn’t get bored easily, that she could play the same note over and over again if that’s what the song needed. A band full of people competing to be heard and who can’t be happy unless they’re constantly playing, or playing very busily, is a recipe for a terrible music experience. Even a group with only one of these types can still be a recipe for an unhappy band that will never be as good as they could be – all because one person is always noodling on top of everything everyone else does, whether the songs need it or not. Avoid the Competitive Noodler. Find the person who understands the dynamics of the songs (whether they’re writing them or not), works with rather than against the members, and grasps the delicate importance of negative space.

There are ultimately no hard and fast rules about who you should and shouldn't be in a band with – if it's working, it's working. And really, if you take it too seriously, you're doing something wrong anyway. But, you know, no one likes a competitive noodler.