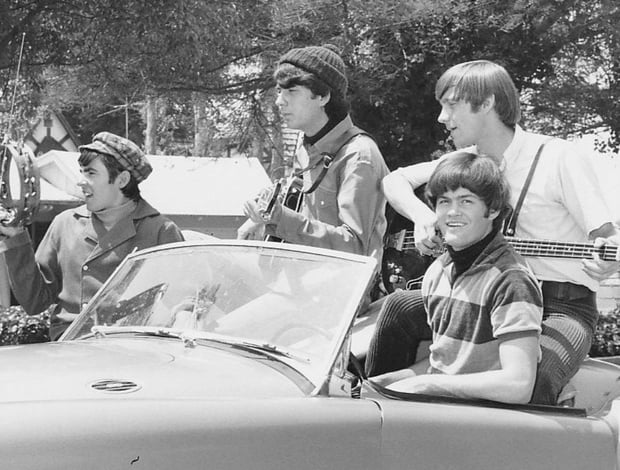 You know the feeling. You’re kicking back a few drinks with your friends at the local watering hole while watching a local band. You’re about halfway through their set when you realize: these guys sound like 10 million other bands. Disappointment creeps in as you slam your beverage hastily, all while unavoidably analyzing these third-rate imitators. You turn to your friends and suggest a quick cigarette outside.

Then there are the times you’ve just picked up your favorite band’s newest album. You rush back home to pop open the record player and drop the needle. Your face goes white as your knees give out and you fall back into your sofa. The record sounds just like a hundred other bands. You listen more. It’s the same old riffs, lyrics, the same old ideas. When will people stop ripping off the same bands?

To say it’s harder than ever to play unique, never-before-heard music in 2016 is an understatement. Everybody has heard the so-called "standards" of pop music a million times at this point, with FM radio’s format consolidation and overplaying of certain bands and songs around the clock. Even punks have their tracks in cheesy car commercials. The internet has made it even easier to discover the most popular and most obscure of bands and performers. People grew up listening to a lot of the same music.

And the reason we all hear the same music isn’t because the music sucks. It’s because it’s good. So everyone loves it. This knowledge and experience of certain songs are practically standard. You can probably think of which ones we’re talking about. But sometimes, it’s necessary to move on, and to stop playing that Pink Floyd album.

It’s time to put down our security blankets. It’s time to take some risks and be creative. It’s time for musicians to stop copying these six bands right now. 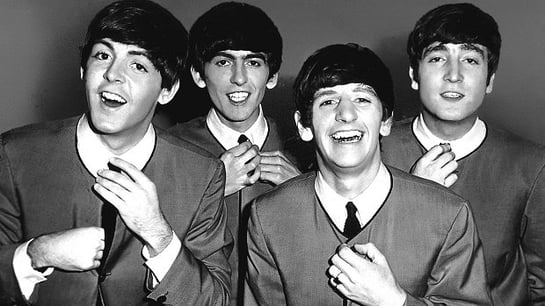 Perhaps no other band is held in higher esteem, and no band more copied, than the Beatles. With even their last albums approaching the 50-year mark, bands still look to them as some sort of musical fountain of youth. This fountain, it's safe to say, is now dry. Whether it's bands trying to return to their roots (The White Album, Let It Be, Abbey Road), embracing their psychedelic, experimental side (Sgt. Pepper’s Lonely Hearts Club Band, Revolver, Magical Mystery Tour), or getting poppy with the simpler times of their early hits, so many bands have walked these same trails that copying anything that sounds like the Beatles is enough to pigeonhole a band’s sound indefinitely. Whether it’s the singing, the production, the songwriting, or the attitude, the sooner you stop copying the Beatles, the sooner some original-sounding music will be made. 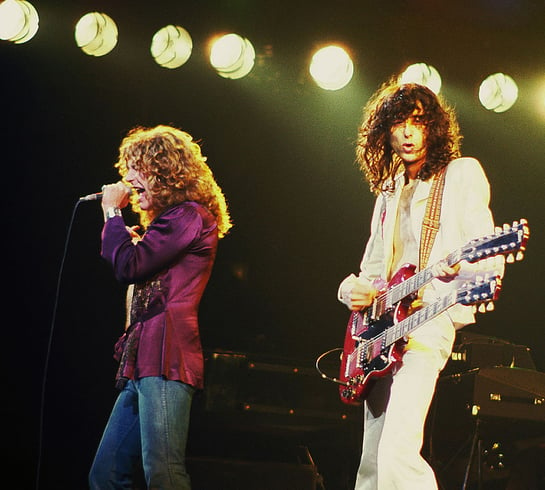 As one of the most innovative and downright rocking bands of all time, there's much to love about Led Zeppelin. One of the most appealing things about them is their singularity. There are simply no other bands that really sound like them. Read that sentence one more time. No matter how hard you try, there's no copying Led Zeppelin. With their production beyond meticulous and guided by the steady hand of a serious studio veteran (Page), and their live show fueled on piles of drugs, money, and women, there's little hope of matching or rivaling the riff-fueled stomp of Led Zeppelin. The boring, endless riff and squealing, five-minute blues guitar licks have been done to death. The sound of these conventions can be heard a mile away! 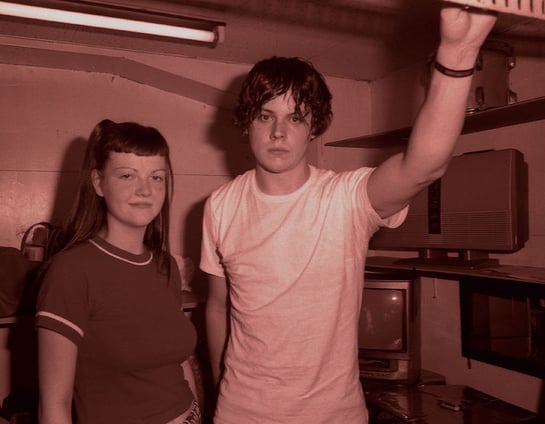 Speaking of electric blues, the recent successes (all of 15 years ago) of fantastic garage-rock band the White Stripes and Jack White’s subsequent solo career have brought much attention to the obscure and free-wheeling tendencies of the genre, influencing a new generation of musicians. One of the most glaring examples of why the White Stripes need to stop being copied is the existence of the Black Keys. A more pedestrian version of the hard-to-pin-down sound of the White Stripes, the Black Keys have gained a huge following for their derivative sound. Do yourself a favor – stop playing the blues, and get out of the garage. 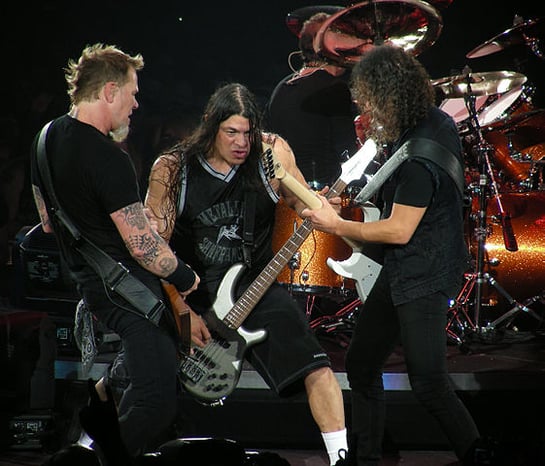 Metallica has been through their ups and downs in their storied career, and no matter where its collective members currently stand, their early work is undeniably powerful and influential. Some of their hallmarks, like singer James Hetfield’s growl and extension of the word "yeah" at the end of each vocal line, have been relentlessly copied. The thunderous riffs and unrelenting rhythms of this band have been done to death. Whether it's at light speed or at half speed, people need to move on from this plodding behemoth’s template and inject heavy metal with some fresh sounds. 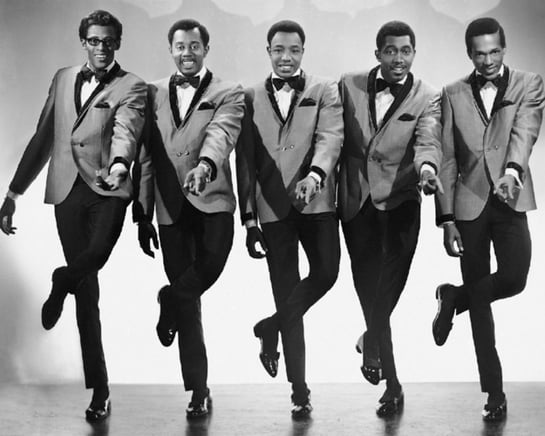 The heavy rhythms, soulful singing, and clever arrangements of what's broadly known as "the Motown sound" have influenced nearly every musician from their creation. The songs of its many artists still rule the airwaves after nearly 50 years or more. And it’s time to move on. The last 15 years have been filled with Motown-inspired music making a huge comeback, most notably with Amy Winehouse and Bruno Mars. The problem is that none of this music, while good, sounds very much like the music it's inspired by. There are similarities in spirit, but the production and songwriting hardly hearken back to the glory days of Motown. It’s time for people to stop living in this romanticized version of the present state of soul music and strive for what Motown actually managed to accomplish: exploiting the limits of its performers, songwriters, and the technologies available to craft unforgettable songs. 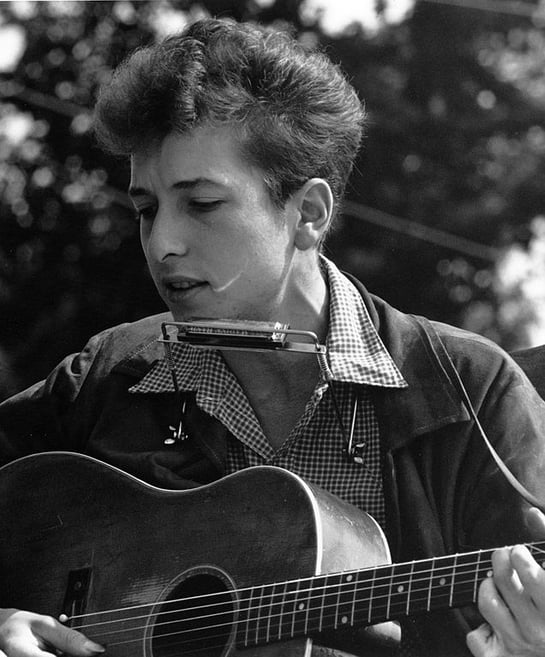 Bob Dylan still remains one of the most imitated musicians around. Though most of those emulating him don’t directly copy him, they still pull from his lyrical playbook and shambling arrangements. Artists like the Mountain Goats, Father John Misty, Bon Iver, Destroyer, and Mumford & Sons, along with their rambling lyricism and stoic personas, are very much derivative of Dylan. With nearly every corner of this man’s life turned over in search of meaning, imitating Dylan becomes a sad joke on the imitator, as they mistakenly believe they are challenging themselves and the listener by going through these motions alone. By walking down the same roads Dylan walked. If you are a true fan of Dylan’s work, then it should be obvious that he's always written from his perspective, and strived to never copy anyone. Let’s all do the same and stop copying Bob Dylan.