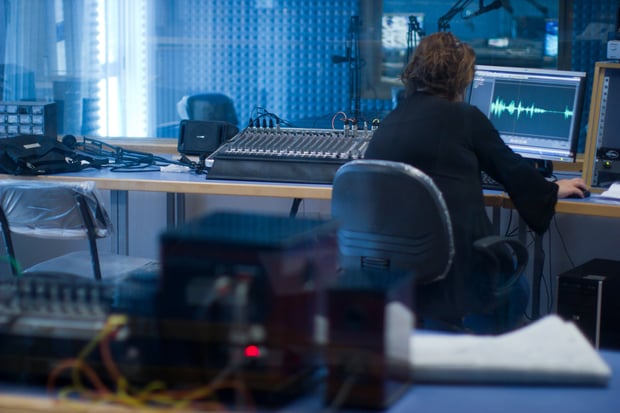 Sometimes having great songs and performances isn’t enough – you also need unique and ear-catching production. What actually makes something sound even better than it does? Well, that’s that true art of audio production. The more techniques a producer or engineer has at his or her disposal, the most opportunities for inventiveness.

That’s not to say that tried-and-true methods of audio production don’t work wonders. Some things just happen to sound good the way they are across a wide spectrum of listeners. These tips and tricks aren’t meant to replace the basic sounds of audio production; rather, they're for augmenting and fleshing out specific instruments and tracks. More so, they're ways to inspire you. Hearing your music from a new angle is sometimes all it takes to hit on a great idea, and these subtle production tricks can help anyone bring tracks to life.

The basis behind these audio tricks is that they're easy to understand and easy to execute across a variety of formats. They start with the basic concepts of production, giving you plenty of room to alter the fundamental sound that you're recording.

The subtle, suction-cup sound that comes from isolating one of the cymbal tracks and playing it backwards is a popular convention, but is a great way to highlight transitions and quieter passages. Depending on the cymbal, you can incorporate different degrees of compression to create subtle rhythmic effects that can be adjusted to pulse with the tempo. Cymbals usually sound best in reverse when struck hard and allowed to ring, but you can experiment with many different tempos to create a variety of interesting sounds.

2. Room microphone on an electric guitar for acoustic-guitar-style effect

If you're recording in a place where you're in a separate room than your amplifier and you have an extra track available, mic your electric guitar as you record your electric guitar take. Depending on where you place the mic, you can create interesting, acoustic-guitar-like sounds that can be layered or isolated to great effect during the final mix of the song.

3. Group singing on one mic

It can be tempting to use one mic for everything, including individual singing tracks for group vocal parts. A great way to inspire a stellar vocal take and tight pitch is to assemble the singers around one dynamic mic in the middle of a nicely shaped room and have them track the vocals together. Since everyone is together and can hear each other, the enthusiasm and emotion will translate into the recording. Because of the singers' distance from the microphone, room ambience will be present, thickening up the sound of the singers.

Combining extreme distance when micing drums can create interesting delay and echo sounds that can give the drum track a three-dimensional feeling. Experimenting with the placement is crucial, as well as having a large enough recording space to set up microphones far away. When mixing down, switching one track for the other during certain sections of the song can create unexpected ambiences and increase the variety of tones on the track.

5. Subtle tremolo or echo on the vocal track

A great way to add depth to a vocal track, especially if there's some dense instrumentation, is with some subtle tremolo or echo on the vocal track. The length of the echo or the speed of the tremolo doesn’t have to be dramatic. Most often, the vocals will sound their best with just a little bit of the effect, though it's a good idea to experiment. Delay is another great effect to add to a vocal track, but has a higher learning curve. Because delay makes the sound return after it's been made, it can disorient a rhythm track, making it an effect you have to spend some time with.

Sometimes the best way to make a track stand out is to let the instruments breathe. Maybe that means only letting one or two instruments breathe. If you're tracking a quieter song and are running into problems, try stripping it down to its essence. Get a good room sound for the instruments and a touch of reverb, and let them sound their best. After all, stacking track after track of high-impact instrumentation leads to a washed-out sound. If you think of each track as an actual physical space, it makes more sense how too many loud tracks would be stuck competing with each other to exist at the same time.

Stripping down the tracks is also a great way to reexamine the song. Maybe you won’t keep the track simple, but after hearing it stripped down, you find inspiration. The important thing is to play around and, above all, listen.