6 Things I Wish I Knew Before Joining a Second Band 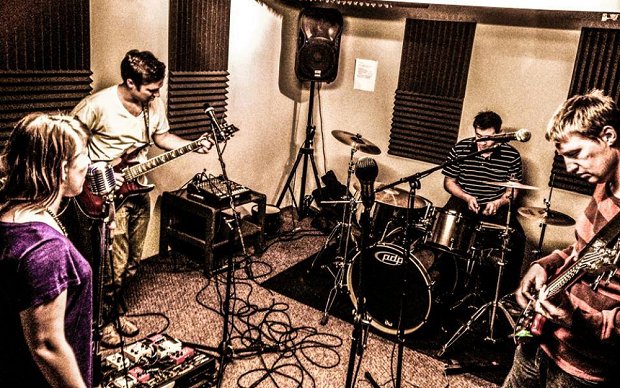 Being constantly busy with musical activities can be a ton of fun and a very satisfying way to go about your life. But balancing more than one dedicated band can be a serious challenge, and if you aren't good at staying organized, you can easily run into trouble when trying to schedule big events such as touring and recording around your other projects.

In an attempt to play as much as possible, I've been guilty of overbooking myself with too many bands before. Here are six things I've learned about keeping things balanced when juggling more than one project.

1. Have a good reason

First of all, why do you feel like you need to be in another band? There are plenty of legitimate reasons, but it's important to consider why it is you feel the need to branch out, rather than just doing so on a whim. It's quite possible that issues you have with your current project could be brought up and dealt with in a group discussion, thus allowing you to get what you need from your current group.

Sometimes, however, that just isn't possible. Maybe you're in a great original group, but find the lack of income disheartening. Thus, you go join a local casino band to make some extra cash on the weekends. Totally legitimate! Perhaps you're in a fun band with a bunch of friends, but they aren't very serious about music and the group doesn't gig very frequently. Maybe it's time to look for a more serious group to be a part of, while still playing with your friends on the side. Or maybe you're getting into a new style of music and really want to play it with other people.

Whether the reasons are financial, musical, or personality-related, if you feel the need to seek out a second (or third) band, your needs are obviously not being met in your current project(s). Try to be aware of these reasons as you make your decision.

Once you step into the realm of balancing multiple bands, you're going to eventually run into scheduling conflicts. This will be a much more frequent problem the more bands you're in.

You need to set your priorities right away. Consider the types of groups you're in and what your personal needs and goals are as a musician and person. What if your groups are planning for next month, and you end up with band number one getting offered six gigs, band number two trying to go into the studio for a week, and band number three wanting to hit the road for two months? These all conflict in ways that aren’t really possible to circumnavigate, and you'll have to make the hard call and pick the one that's most important to you. Keep in mind that if you're an integral part of your current bands, going on tour with a different band will essentially mean the other projects will have to go on hold and wait around for you to get back. It's difficult to balance your priorities with where you're needed the most, but try as hard as you can to be as considerate of all the personalities you're working with as possible.

This is absolutely essential. Group number one rehearses Monday nights, group number two rehearses Friday mornings, and group number three rehearses Friday evenings. This is a manageable schedule; you can easily block out those times (if you have them available every week), and plan on them being consistent. Where trouble starts is with the group that has 75 percent of the band living together, rehearsing whenever they all happen to have work off. If you're trying to balance multiple groups, not being able to have the consistency of a set weekly rehearsal is going to be a nightmare.

When you're putting out feelers for a new group, make sure this is something that gets brought up early. Don't say yes to a group that doesn't have consistent rehearsals, as you'll probably end up either having to turn down rehearsals frequently, or going nuts from the scheduling stress.

4. Take time to settle in first

Maybe you know for a fact that a single band can't satisfy your various musical needs. Perhaps you make your living from gigging, and you know you'll need to be in multiple working groups to pay rent. If you're certain you're going to need to be in multiple groups, that's fine, but try not to join more than one new group at a time.

Imagine this scenario: you just joined up with two high-budget corporate event/wedding bands. Awesome for you, except they both have four hours' worth of music, and they don't play the same sorts of songs. Even if you're a mega-pro and can learn music fast, trying to learn eight hours of material in a hurry while balancing other bands and personal obligations is seriously messy business.

It's also important to take some time to get a feel for a new group's schedule: how much time do you find yourself putting in between rehearsals? How often are they gigging? Take some time to settle into a new group before hunting for more, so you can be very clear with what you need from your next group.

You definitely aren't the only other person in the world who's trying to balance multiple bands. There are plenty of bands out there that have lineups full of working musicians with busy schedules. If you're able to get on board with bands like this, they'll generally be much more open and accepting when it comes to working with your schedule, as they're all in the same boat.

Be upfront about your schedule and commitments to other bands right from the beginning. You might find that the band you're communicating with is absolutely not into you juggling multiple projects. But you may also find that they're very familiar with your situation and are happy to work with you regardless.

If you're feeling unfulfilled with the music you're playing, the solution isn't always going to be "playing more music." You may be itching to get out and play as much as possible with as many people as possible, but that doesn’t mean you should say yes to every opportunity that pops up in front of your nose.

If you're serious about music, be selective with what groups you join up with, even if that means having to wait before you can be in enough bands to have all of your needs met. Take time to make sure the band you've found can really give you what you're looking for, and you can benefit them in turn. By being picky from the beginning, you won't have to worry about joining bands that you aren't very attached to and having to leave a bunch of them and burning bridges when you find the groups that suit you better.

Don't say yes to things that you can't be excited about. Otherwise, going to band practice might start feeling like a chore (which is the opposite of what music should be).