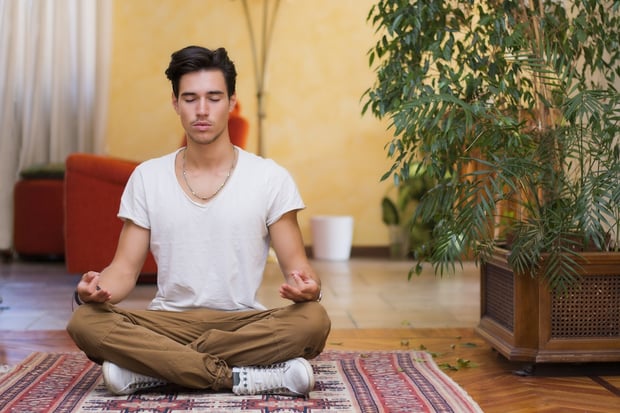 There are few industries that are known to be as rough, as difficult to break into, and as soul crushing as music. If you’re going to try to live and work in the music industry, you need to know what to do to survive.

The music industry has chewed up and spit out millions of people over the years, so if you’re going to be one of the few who actually make it, there are some tips you need to keep in mind in order to prevent going crazy (though nobody could blame you if you do eventually succumb to the insanity that is the music biz).

Obviously, one of the best ways to keep from getting depressed and going crazy is to stay positive, but that’s so difficult to do sometimes. There's disappointment waiting around every corner, and as I mentioned, the business is so incredibly hard to enter and make work for you that feeling blue is bound to happen. It’s okay to get down from time to time, but if you let the industry destroy your happiness, it could end up hurting your art, and it’s near-impossible to rebound from that.

It might sound silly, but wake up every morning and remind yourself how lucky you are to be making music and to be earning a living (or any money, really) doing so. That might be the opposite of what you’re feeling, but realizing that there are hordes of people out there who likely wish they could be doing what you’re doing puts things into perspective. I’ve had to do the same thing many times as a writer working in the music industry, and it's been effective.

[How to Live a More Creative, Positive Life]

As a musician, you should always be listening, and I mean that in more than just one way. Always have your ears open for what other musicians are doing, for new talent and inspiration, and for what people say. Take note of what those who have been in the business for longer than you are saying and doing.

Feel free to work in questions when you’re speaking with those who have been in the game for a long time. What gets them up in the morning? How do they deal with the pressure and the long hours? What excites them, and how have they made it so far?

People love passing down wisdom and the secrets to their success, and you can learn a lot if you just listen.

If you're looking to only put in eight hours a day between Monday and Friday, you’re in the wrong profession. While many people get nights and weekends off, great musicians rarely get lengthy breaks. If you want to become really good and highly successful at your craft, you need to practice it every day, no matter what.

I’m not saying you need to go into a studio and create a new song every 24 hours, but it’s not advisable to go out on tour and not pick up your guitar for a month afterwards. Whether you're actually working on something new, rehearsing the songs you and your band have already released, or just fooling around, be musical every single day.

While making music is a creative endeavor, that doesn’t mean that things don’t sometimes get stale and slightly, well, boring. Playing the same tunes over and over can be exhausting, and even new music that fits in with the same genre you’ve been selling for a while can be tiring. An artist needs to switch things up and do something different every once in awhile to keep from losing his or her edge.

If playing music starts feeling monotonous and repetitive, do something completely different! Try writing a song that's not what people are used to, pick up a new instrument, or maybe even switch genres. I wouldn’t suggest making a drastic shift for good, as it'll alienate many of your fans, but there’s nothing wrong with trying something new just for the sake of trying it.

While you may still be playing coffeehouses or begging your 100 fans on Twitter to buy your new album, great things could lie ahead. Everybody had to start somewhere, and there's always room for some great new talent in music.

Having a number-one album or winning a Grammy might seem like it’s an impossible dream, but working towards those goals never hurts. Even if you don’t ever hit the top of the charts, the hustle you hope will get you there could help you sell more copies than you would have if you assumed no one cared.

Keep in mind the sappy adage of shooting for the moon, because even if you miss, you’ll land among the stars. It’s corny, but there’s a reason you’ve heard it a million times in your life.

6. Don't compare yourself to others

It might be tough to avoid looking at some of the biggest names in the world and wondering why you aren’t where they are, but that kind of thinking can kill your drive and momentum a lot faster than you’d imagine. Stop comparing yourself to others and focus on being the best you possible both artistically and in a business sense.

If you continue to make the most amazing music you can while still working incredibly hard to tour, promote, and work your way up the ranks in the industry, only good things can happen.

[How to Compare Yourself to Others in a Healthy Way]