6 Ways to Annoy a Music Journalist 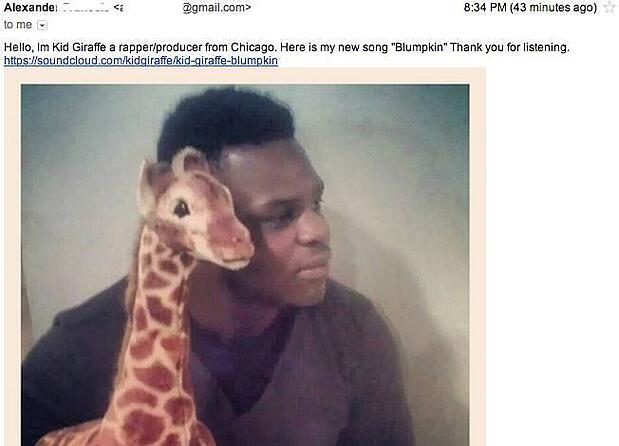 You are better than this. (Image via Kim Kelly)

If you’ll indulge a Southern colloquialism, you catch more flies with honey than you do with vinegar. And yet, over and over again, I see bands make mistakes that leave a sour taste in music journalists’ mouths. Far from the result of a petulant or entitled attitude, these mistakes are usually just the product of cluelessness or thinking without acting. To help you avoid inadvertent pratfalls, I’ve rounded up music writers from around the country to dish on the biggest and most common mistakes they see bands make.

“My absolute biggest pet peeve is when a band (or sometimes even a publicist/label type) will message me on Facebook instead of sending an email,” says Kim Kelly, a staff writer at Pitchfork. “I don't care how much quicker you think it is. I posted my email address on my profile for a reason. Double rage-points if you tweet, direct message, or TEXT me about your goddamn band. The friends-of-friends who send me late night text messages about their stupid EP... like, can I even live though?”

Oh, if I only had a nickel for every time I’ve gotten an email addressed to “Rachael” or “Rebecca” or “Mr. Bailey.” Or the times I’ve heard other journalists and other professionals who often communicate by email complain of something similar. You’re taking the time to actually write a personalized message, so do your due diligence and get the recipient’s name right. Otherwise, you’re doing more harm than good. As Kelly says, “Woe betide the next person who refers to me as ‘my man’ or ‘brother.’” Consider yourselves warned.

3. You don't target writers who cover your style of music.

“I have to [say] that the poor targeting is my least favorite thing,” says Erin Hall, a writer for Antigravity and Filter. “Please take five seconds to go to the website of my publication and have a look see. Maybe then you will not send me C-list country pop albums and proceed to follow up by email six times in a month.”

4. You fail to follow through on press pass promises.

“I've been stranded so many times at the door of a show trying to get in to do an interview, and the band hasn't put me on the list/approved me for early entry, and neither they nor their publicist will pick up their phones,” says Zoë Leverant, a freelance writer with clips for Vice and Flavorwire.

Few things look as unprofessional as promising a writer a spot on the guest list for a show, whether it’s so she can interview you or simply check out your band to see if she wants to pursue coverage. Double points against you if she’s supposed to have a +1 who’s also not on the list — that just means she has someone with her to watch her get shut down at the door. You don’t want to start off your relationship with a writer by embarrassing or frustrating her.

5. You assume we care about your music before we've even heard it.

“Don't write an email subject as if you're an established band. Be smart and grabbing about what you're presenting so that if your sound is in my wheelhouse, I'm gonna check it out even if the email address is unfamiliar,” says Claire Lobenfeld, who, among other things, writes a Nicki Minaj column for Myspace. “In 2011, I got a pitch with the subject, 'If The Smiths were a shitgaze band.' I had an idea of what that meant and it was obnoxious but I needed to know what it was.”

I just don’t even know how to begin unpacking everything that is wrong with this email. 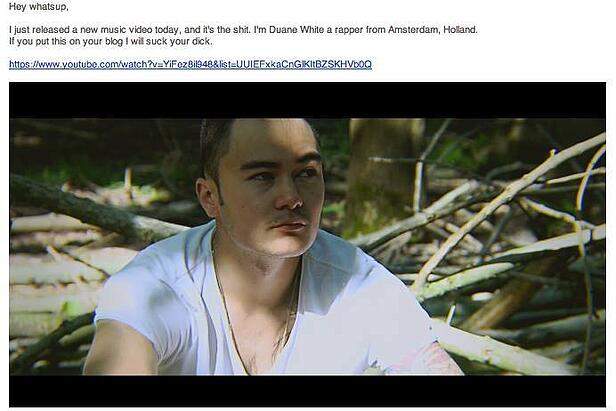 Rachel Bailey got her start writing about music as an editorial intern at Paste magazine in 2010. She once made Andrew W.K. cry in a pedicab, and she's still trying to decide if it was the greatest or most terrible moment of her career so far.