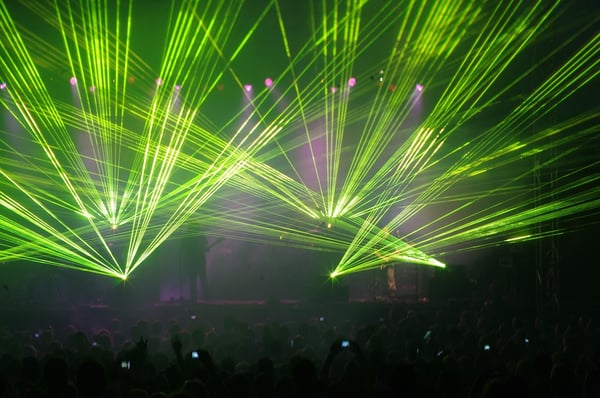 If you've got a hankering to hit up a music fest outside the US, strongly consider these seven annual spectacles. Each boasts its own unique extras: incredible locations, stupendous lineups, side parties that thrive oblivious to daylight. All of them look to be incredibly unforgettable experiences for attendees, and a couple are even looking to book artists right now.

Regularly heralded as one of the best in Europe, the grounds for Exit are the Petrovaradin Fortress – literally inside its walls. The party spills out into nearby venues, of course, but to see headliners like Guns N' Roses, Snoop Dog, Billy Idol, Iggy and the Stooges, Erykah Badu, and Wu-Tang Clan in a structure that dates back 200,000 years is obviously the shining prize of the Exit experience.

This year's lineup includes Bastille, the Prodigy, Ellie Goulding, and Wiz Khalifa, among others. Founded in 2000 as an extension of a student movement for peace in Latvia and the Balkans after a decade of devastating war, Exit aims to also be “a motor of change” in the region through its platform for the arts and support for various charities.

Held on the coast of the Mediterranean in the tourism-centric (but highly populated) town of Benidorm, Funtastic is one of the coolest garage, punk, and rock 'n' roll fests there is. They don't take the idea of partying lightly here: this is three days of nonstop nuttiness.

As much as it's known for iconic headliners (last year: the Sonics, the Pagans, and Nikki Corvette, among others), it's also notorious for super late-night shows, dance parties, and plenty of shenanigans. Loads of new acts play as well – some up-and-coming, plus established, beloved groups. Oh, and its main activities are held in a circular discoteca built in '77 that totally looks like a spaceship. And there's a pool, too!

Now approaching its 11th year, Funtastic is massive; party people make the pilgrimage from all parts of the world, and tickets always sell out well before the actual event.

Founded nearly 30 years ago as a way to spotlight up-and-coming Italian rock acts, this annual fest now showcases a vast spectrum of the arts, from dance to contemporary art to literature. And while the headliners are huge (think Sonic Youth, Nick Cave, the Chemical Brothers, Placebo, Kraftwerk), Arezzo Wave still wholly supports fledgling bands. In fact, this year they're selecting one Sonicbids artist to perform three sets. A travel stipend of $1,000 will be provided, and if selected, you'll get plenty of promotion from the fest – which is expected to draw more than 10,000 attendees – as well as Sonicbids. (Apply here by May 28, 2016.)

A whopping 25,000 festivalgoers are expected at the next Kubana, which takes place in the historic coastal town of Riga, the capital of Latvia founded in 1201. This year's headliners include Garbage, NOFX, and Denmark's Guano Apes, and in the past, it's hosted the likes of the Offspring, System of a Down, Prodigy, and Gogol Bordello. The Moscow-based group that organizes Kubana is offering one Sonicbids artist the opportunity to play this August. They'll have to get to Riga on their own, but accommodations, transportation, and food will be complimentary.

This annual outdoor event strategically takes places during 96 hours of sunlight (summer solstice) in Reykjavík, Iceland, and while it's only in its third year, Secret Solstice is already considered one of the most unique festivals in the world. Norse religion and the "mythology of the old" are its overarching themes, though the unprecedented use of natural settings for exclusive, one-of-a-kind shows is also a major focus. Last year, they held a party inside a glacier; this time around, they're holding a show for only 20 fortunate festivalgoers inside a subterranean volcanic chamber. Of course, those extras are limited to those who can afford it. And they've got an even more exclusive ticket for up to six people. It costs $1 million and includes private-jet transport from anywhere in the world to two private concerts, access to any sold-out side shows, private nature tours, and more. Whoa.

A general $199 ticket, though, is an incredible enough experience, really. The setting is gorgeous, and this year's lineup includes Radiohead, Die Antwoord, Deftones, Of Monsters and Men, and a slew of other big names.

An array of electronic music, art, dance, and yoga come together to invoke spiritual awakenings at this four-day festival on the southern coast of Costa Rica. Renowned DJs and artists make for stellar main attractions, but the additional elements and gorgeous setting – Rancho la Merced in Uvita, enveloped in lush greenery and a two-minute walk from the beach – elevate this one beyond the typical concert experience. It's also a "Leave No Trace" event, meaning organizers strive to leave the land in the same (if not better) condition than it was in before the festivities took place.

Indie folk, pop, and electronic artists and bands from all over the world perform amid a "terrain dominated by grass-carpeted mountains" on stages built on the beach in Syðrugøta in the beautiful Faroe Islands at G! Festival. Past headliners include Metronomy, Travis, the Blind Boys of Alabama, and a slew of major Scandinavian acts. Locals wholly welcome attendees, and about one-tenth of the autonomous country's 48,000 residents actually attend the fest themselves. (And there's lots of homegrown talent, too.)