7 Irritating Things Every Musician Deals With 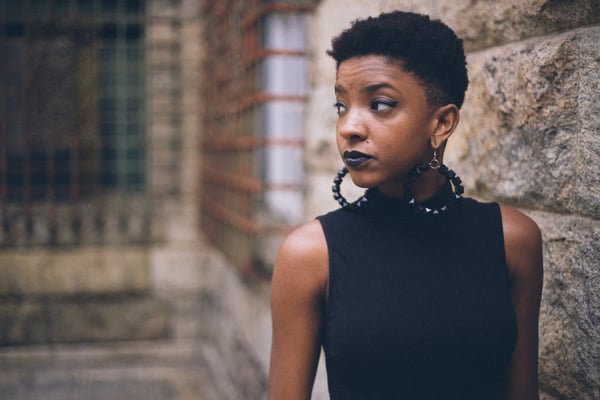 Image via Stocksnap.io.Feeling like an outsider around your non-musician friends? Perpetually working but somehow always-and-forever broke? These are the kind of issues that, as an independent musician, are often universally unavoidable. We deal with them because we love what we do, but that doesn't mean we've got to fully submit to them, either.

Commiserate by reading our top seven gripes below, and feel free to add your own in the comments.

1. Feeling out of place around friends with more conventional lives

Especially after your 20s, it may feel like the majority of your friends are settling into archetypal lives – getting married, starting a family, working a nine-to-five – that, by comparison, make your life seem chaotic and less adult-like.

That's not to say you can't be a DIY musician and also have all of those things, because you can. But when music is your top priority, there isn't always room for anything else. Don't compare your life to anyone else's; always make choices based on what's best for you and you alone.

2. Struggling to explain "your sound"

People who aren't too into music or limit their interests to mainstream tunes are probably going to have trouble understanding what you mean by “a shoegaze-leaning band with early noise-pop influences.”

It's frustrating, especially when the person asking is someone you care about. If it really matters to you whether someone understands your sound or not, try simply playing the music – rather than explaining it in terms he or she isn't familiar with.

A write-up in an independent music blog, for example, is something to celebrate, but don't expect everyone to share your enthusiasm. It's probably not that they don't care; they just don't realize how significant a mile marker it is.

While a pat on the back and a congrats would be nice, what really matters is that you and your bandmates – not anyone else – acknowledge and celebrate your accomplishments.

4. Missing out on social activities

How many times have you missed a cool event or a gathering of friends or family because you had a band-related obligation? Probably a lot. These are sacrifices everyone makes. You can't be in two places at once, and the work you put into your career as an independent musician often takes precedence.

Don't go overboard and completely ignore your social life for long stretches; try to maintain a good balance. The people who truly care about you will understand why you can't attend every function.

Living your DIY-musician dream doesn't typically equate to moneymaking. Pay from shows or music and merch sales is often minimal and unsteady. Whatever's left after rent, food, and other necessities is probably going to gas, the tour van, gear, a practice space, recording time, and so much more. Here's to those weeks when spending is capped at $20 because it's literally all you've got.

You're putting yourself out there and getting little back. Is the lack of positive response your fault? Are you worthy of being a musician? Does anyone even care about your music?

The answer is likely yes, but when things get rough, it's easy to feel like you're a total imposter. Remembering everyone has these moments of insecurity could help you shake it off and keep going.

7. Wanting to give up on music

There's so many obstacles for DIY musicians to overcome, so many setbacks to endure: financial hurdles, problems within the band, album delays, writer's block, and more. It can be especially disheartening when you're working at maximum capacity and things still don't shift your way, like little-to-no press biting during an album's advance or a low show turnout despite executing a flawless promo strategy, for example.

Nearly every musician has felt like giving up at some moment in their career. If the emotional and physical toll is too great or they're focused on other ambitions, maybe that decision isn't a wrong one.

In your career, or any career or even throughout life in general, there will be both proud highs and soul-sucking lows. Remember that ruts and the feelings of futility they cause are often fleeting, so don't call it quits too quickly.