7 Networking Tips From an Industry Expert 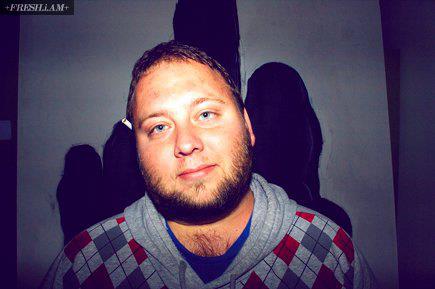 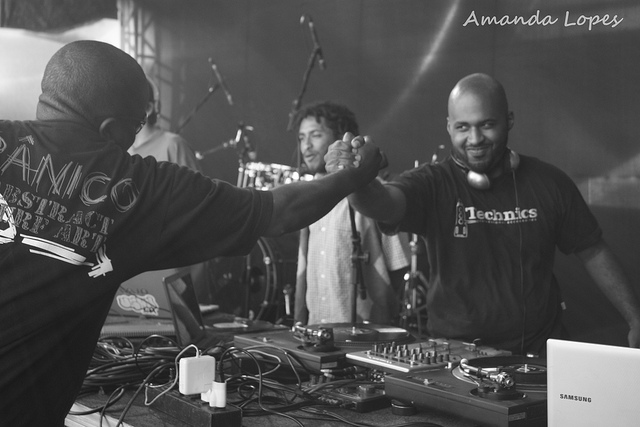 By now you've probably recorded a project or two, built of a decent sized following and maybe have been on the road a couple times. Now is the time to take that money you've been saving from gigs and merch (you have been saving up right? Gotta invest in yourself before others will) and start taking trips out to the industry hubs (Atlanta, New York, L.A., and Nashville) and start networking on a higher level. Here are a couple tips to help you get started. Keep in mind that my background is mostly in Atlanta hip hop and your approach may vary depending on where you decide to travel to.

Before you even hit the road, have a plan of attack. What's the purpose of your trip? Are you looking for a producer? Collabs? Adding members to your team? Networking event? Figure out these answers before you venture forward. I will say that one goal you should NOT have on your mind is "getting signed". I've met way too many people who think a label situation is a magical cure-all. Label signings are highly political in nature and you want to have as much leverage on your side before that avenue opens up. Don't get caught up on this. Also, will you need personal transportation after you touch down? New York, not so much since catching a cab or subway is usually an available option. L.A. or Atlanta?

Before you even hit the road, have a plan of attack.

A resounding yes. Riding Marta isn't always smarta (see what I did there?). Another thing is getting an idea of the layout of the city you’re going to. If you're affiliated with a performing rights organization (which you should be by this point especially if you've been writing and selling your music or collaborating with other musicians), setting up a meeting at their office can do wonders with plugging you into the scene and figuring out where events are. While you can have a good time, remember that this is a working trip, not a vacation.

Now that you've set up a couple one on one meetings, or gotten an invite to a showcase or a party (don't forget to RSVP if needed. Try not to rely on "Don't worry, I'll walk you in".) Keep these points in mind before you go into battle:

If you're traveling as a team, check your bs at the door. Any fights you might have earlier should be resolved before you go in. People will be sizing you up before you even make eye contact with them. Any discord between members of your camp will be duly noted and could be used against you in the future. Always resolve disagreements behind closed doors.

Be on time. Or better yet, be there early.

When setting up sit downs, the key point is to be on time. I can't stress this enough. If you set up a meeting at 3:00, get there at 2:50. First impressions are everything and flakiness from the get-go will not get you taken seriously. If you are running late, you need to let them know an hour to 30 minutes before. Not 5 minutes before or 10 minutes after. Not replying or answering a call on the way is not cool as well. When you get there, put your phone on silent. Lastly, everyone at that meeting should have a purpose. Let the person know if you are bringing anyone extra as you set it up. Don't bring your homies or your significant other if they have nothing to contribute to the conversation.

The quietest person in the room will make the most noise.

When out at an industry event, take note of people that aren't actively engaging everyone or are dressed down. Strike up conversations with them if you can. I've found some of the most accomplished people in this business are very low key, especially at industry events.

Business Cards and other networking materials.

While having business cards are cool, I've found in my experience, that 90% of business cards I receive go into my pocket and then up on my nightstand for a couple months or get washed in my pants when I do laundry. I would much rather just hand my phone off and get the info directly than go through the process of putting the info in later. That being said, if you do decide to carry them, make sure the design stands out from the rest of the herd while still obeying the "flyer rule" (if you hold it out at arms length, is all of the info legible?). 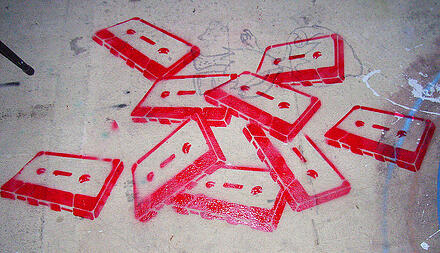 Having promo material is important though. Your best bet if you're bringing music with you; create a 3-5 track ep of your strongest tracks. Sorry to say this but more than not, most will not listen to more than 3 tracks before it gets frisbee'd out the car window. Make sure you put some effort into the cover art as well. It's the first thing they see and if no effort is put into the design, the assumption will be that there's no effort put into the music. No sharpie steez. Don't forget to put your contact info on there (usually an email and website address should suffice.)

Red Flags To Watch Out For.

As you build your network keep in mind that not everyone has your best interests in mind. The music industry is full of predatory types that are looking for fresh meat. Beware of serial name dropping in conversation. This is often done to over inflate their work and their importance. Do some research after the fact to verify their track record. I've met people who've said "oh I've worked with X artist many times!" only to find out later that their definition of "work" was giving them a cd of beats only to have nothing used. If they can't give you a straight answer as to what capacity they worked with them, you should probably move on. Over promising is another tactic sharks use to prey on newcomers. If someone in the first 20 minutes of conversation is already promising "I'm gonna get you in with X producer and do a photo shoot and get you signed and etc!", there's usually strings attached in the form of a bill. Many times this is not money well spent. I've never bought my way into a meeting. Once again, do your research before you commit to anything. Finally, if rapping is how you express yourself musically, be wary of people selling verses from bigger name artists (major label) if you don't have a relationship. More often than not you are paying a middle man price (artist tells guy "I'll sell a verse for 1,500", the guy will turn around and sell it to you for 3,000.) 10 other people have probably already bought the same verse and more importantly, you won't be able to use it in the long run. Major label artists are contractually obligated to submit all verses and features to their label for final approval. There is a high chance your track will not be approved, especially if you don't have a relationship with artist or anyone on their team.

After you get back home FOLLOW UP! Keep your email short and to the point (keep it professional and keep the red squiggles to a non-existence. In other words, spell check is your best friend). A good rule of thumb is sending something out within two days. Don't get discouraged if you don't hear a response. Another technique that's practiced in the industry are "holding patterns", meaning many will not tell you "no" right away (saying "no" will close a door immediately but a "maybe" will keep it cracked for future opportunities.) Start planning your next trip as soon as you can. It'll definitely take multiple trips before you get your foot in the door, so keep at it.

Before I go, let me leave with a quote that I remind myself daily with: “A wise man learns from the mistakes of others. A fool only learns from his own.”

Tom has been involved with the A3C Hip Hop Festival for the past 6 years. In 2010, he was tasked with introducing panels to the festival which he oversees to this day. On his off time, he enjoys the company of a pretty lady and $2 PBR tallboys.