8 Jam Session Hand Signals That Every Musician Should Know 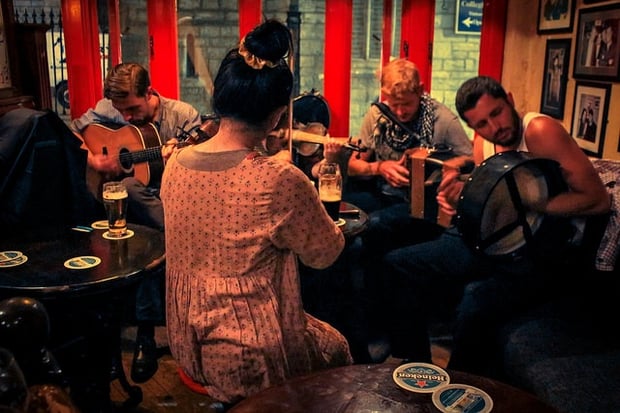 Photo by Damián Bakarcic via flickr.com; used under Creative Commons

Having a tight song format is great, but most bands have a few points in the set when improvisation rules. If your lead guitarist is really burnin’ tonight, why not let him have a few extra bars to show off his chops? If your set isn’t as long as the time you have to fill, you might need a couple of open-ended numbers that can go on for a while.

Improvisation can become a big part of your live performance and make you a better act. Jazz musicians have based their shows on jamming for decades, and they have a series of hand signals that can make any improvised piece sound like a planned composition. These signals can work in any style of music.

These are just a few common signs. Jazz bands also indicate key changes using hand signals, with fingers up or down indicating the number of sharps or flats. Some groups call out chords using the same signals, such as raising five fingers to denote the V chord. Your band can create any number of private signs. Veteran musicians from James Brown’s touring band say that Brown had his players learn hundreds of these signs, most of them describing the transitions between different songs and parts. With just a few signals to guide your band through changes, you’ll never play the same song twice, and your audience will never know what’s coming next.