8 Strategies for Naming a Song With No Obvious Title 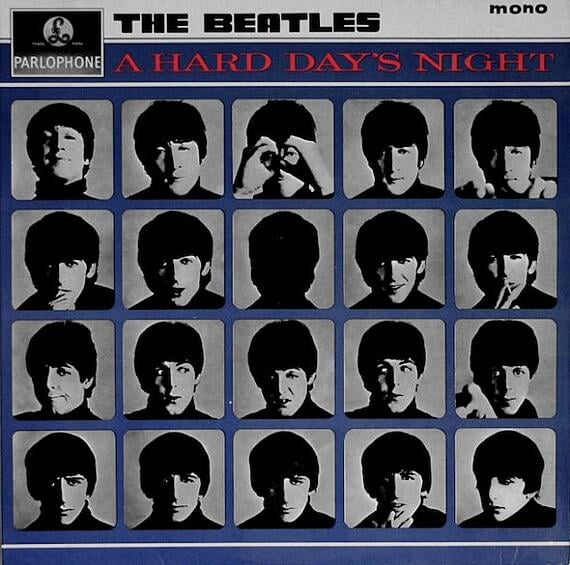 The Beatles' song "A Hard Day's Night" is not named after the song's hook, but a nonsensical lyric that reoccurs throughout the verses coined by Ringo Starr. (Image via thebeatles-collection.com)

Naming a song can be a lot like writing a headline for a newspaper. Most headline writers, however, have years of education and experience before being trusted to put a name to an article, whereas most bands have to learn the skill on the fly.

There are times when a catchy title doesn't jump at you straight from the song's hook. Sometimes a name can be the only thing standing between you and a new release! If you're feeling some writer's block when it comes to naming a song, try one of these eight strategies.

Any lyric! Most people use a phrase from the song's hook as the title, but if your hook doesn't function well as a title, then grab a catchy word/phrase from somewhere else in the song.

Oftentimes, prolific writers will write way more than what actually goes into the song. Sometimes there's just a word or phrase that doesn't quite fit and is cut or altered. Using a phrase that didn't quite make it into the song can make a pretty creative name, and one that will still fit the song's theme.

Lots of writers keep a daily journal or diary that they pull from to write lyrics. If this is a method that you use, then pick a word or phrase from the journal that didn't make the lyrics.

Try using the date of the song's creation or inspiration as an interesting numerical title. You could also simply use the track number or any other number that can be related to the song in some way. Having a numerical title can really make the track stand out in contrast to other songs on your record that may have more traditional titles.

Sit and listen to the song for a little while, and try to think of a single word (or perhaps a short phrase) that, while not in the lyrics, summarizes the message of the song. This is a particularly useful method for naming instrumental songs as well.

Much like the one-word summation, using a few active description words can make for creative song titles. Does your song remind you of the ocean? Try words like "flow," "wave," or "crash" as part of a title.

There are plenty of words in other languages that describe a feeling or occurrence that your listeners might relate to, but don't have an English translation. This can be an interesting way to breathe life into a song title. Just make sure to triple-check with speakers of the language you're using to make sure you get the translation correct!

If your song's hook or your one-word summation doesn't make for a catchy enough title, maybe there's a synonym that would work better! Check a thesaurus and see what you can find. You may even learn some cool new words to use in future lyrics!

As with any other aspect of music, much can be learned by studying the masters. Take a look at the titles of some of your favorite songs. How do they relate to the lyrics or history behind the song, band, or album?