8 Tips on How to Soundcheck Effectively 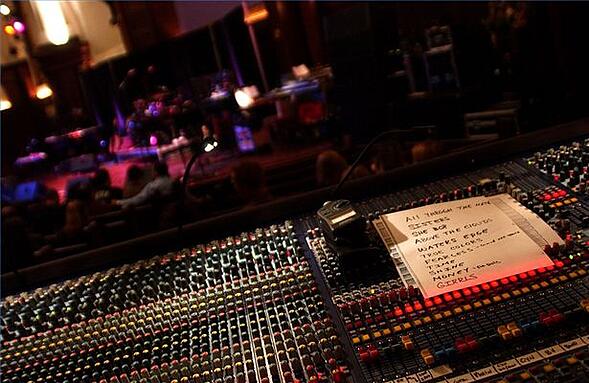 I discussed in a previous article how you should play for your soundcheck. This article is going to go one step further and break down some things that you should know that the sound guy is doing, as well as what he needs from you up there.

This one gets the CAPS LOCK treatment. No matter what time you're playing or when the venue gives you a time to soundcheck, you need to be there, set up and ready to go. It doesn’t matter if you are the first, last, or only band playing. Being late at the start of the night can delay everything else for the rest of the evening and stresses the sound guy out. This also means that if you’re playing a show with multiple groups, don’t wander off while the other band is soundchecking. If they finish quickly, the sound guy will need you to switch out fast so you are set for your checks.

2. Have Everything That You’re Going to Use

If you don’t know how it’s going to sound coming out of the system, you risk either deafening half the audience or no one in the back being able to hear you. Have your instrument and every other piece of gear you’re going to use. Have plenty of spares for stuff that is broken or easily lost (picks, drumsticks, etc.). If you’re missing a piece during soundcheck, tell the sound guy and he might be able to check it during a changeover or a set break.

This is what the sound guy is doing behind the scenes, but it's also important if you’re playing a gig by yourself without a sound guy and you’re using just your own amp. Zeroing (or leveling) the board means setting the EQ dials to 12 o’clock. Then once you see how you sound, adjust accordingly to the new space. What worked at the last venue may or may not work at this venue.

4. Everything Goes Through the Board

I mentioned this in another article, but it bears mentioning again. If the sound guy can’t control something, then the mix for your band will be off. Every instrument, even loud horns, should be plugged into the board so the mix can be adjusted. If Jimmy Buffett, Metallica, and Tori Amos do it, you should too. If you don’t put everything through the board, you will sound bad.

5. Talk to Your Sound Guy

The sound guy is a professional. The only way things are going to sound their best is if you talk to each other. Introduce yourself, especially if you’re the band leader. Don’t be afraid to ask for what you need. If the sound guy doesn’t know about it, he can’t fix it. Does the viola player need more monitor to hear herself in your rock band? On it. You want to hear everything because you just wrote a new song and are debuting it tonight? Done. A good working relationship with the sound guy can reduce a lot of stress for the gig.

The purpose of a soundcheck is to see how you sound when you're playing. That means that you should not be using time to tune your instrument -- that should have been done by now. What the sound guy needs is a baseline for your actual playing style. Start by playing your full-force last song at adrenaline-pumping levels, so the sound guy knows your peaks and you don’t kill the board when you get there five hours from now. Then, play something like a ballad, so the individual characteristics of the instrument can be brought out. Also, play something that is both in the upper and lower register of your instrument. Finally, play a chorus of a song or something suitably long enough for the sound guy to adjust if he hears something that is still off just a bit.

7. Have the Whole Band Play

This is where the sound guy can really hear how you'll sound. This is where the mix gets set for the evening, and where any problems can be found. The band needs to play at least two songs during this time. As previously mentioned, play both a ballad and a full-force song so that the sound guy knows how you'll sound for those tunes. Also, yes, it'll probably sound strange -- there aren’t any bodies in the venue at this time. You may hear a slight echo or a flatness to your sound, but the sound guy at the venue knows that and is already adjusting for it.

8. Have a Friend Listen

This is a tip mainly for people playing solo gigs, but it can also help larger bands. If you’re checking yourself, you don’t really know how you sound out in the audience, so having a friend who knows your sound can save you in a new location. With a band, the roadie/groupie who has heard you play a thousand times and already knows the quirks of your band can really help when something just doesn’t sound right halfway through the second set. That person should introduce himself, then get out of the way unless asked for, because the sound guy is focusing and not looking for a conversation just yet.

Trust your sound guy -- his job is to make you sound good! By working as a team, everyone’s stress at the gig will be greatly reduced, and we’ll all have more fun.