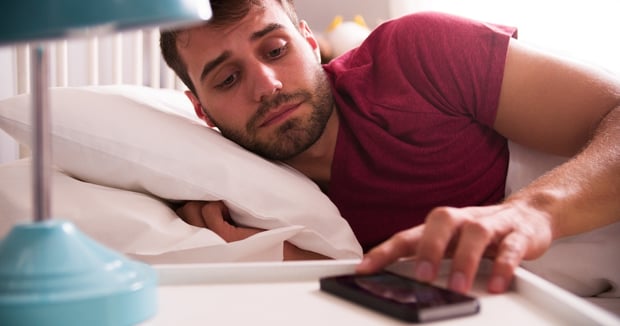 Waking up is hard – we can all agree on that. If you have to do it, you might as well do it the best you can, right?

Starting your day off right is important, especially when you’re making a go of doing something on your own for a living, like being a musician. You need to be creative, productive, and not overwork yourself (at least not too much). It’s a tough thing to balance, and you only have so many hours in the day, so make sure you’re using them all as logically as possible.

Here are a few suggestions for your morning routine that will make it great... or, at least as great as mornings can be.

1. Take care of yourself

So much of the music industry involves partying, staying out late, and drinking, and while I’m not suggesting you skip all of that, it can hurt you, both career-wise and physically. If you’re always hungover, tired, and generally feeling gross, you’re not going to be at your best, and that will be reflected in your work.

When you wake up, it’s important to take care of your body first before you start writing music, answering emails, or catching up on social media. Brush your teeth, do a few stretches, shower, and eat something substantial and healthy. If you’re up for it, try getting in a good workout (but I understand that’s not a possibility for everyone every morning).

2. Write down your top goals for the day

There are so many things to do every day, but it’s still important to actually write things down and look at everything. What needs to be done? What do you want to achieve today? What can wait until tomorrow or next week if you simply don’t get around to it this day? It might feel like everything needs to be accomplished all at once, but that’s just not possible, and there will be many items that end up getting pushed down your list.

Setting goals for the day helps structure your time and will allow you to understand what must come first and what your priorities are. This is surprisingly meaningful, and writing it down makes it even easier to comprehend and stick to.

3. Tidy up your space

A messy workspace can totally screw with your mind and your productivity much more than you’d think, so pay attention to it early before it impedes on everything you’re trying to get done throughout the day. Whether you’re sitting down to answer emails, plan a tour, or even create some music, your space should be at least somewhat neat and organized. You don’t need to spend a ton of time making sure that everything is perfect, but if the place is a complete mess, you’ll see a noticeable difference in what you get done, I swear.

You’re a musician, so this should be second nature, but it’s important too! Having music playing while you eat breakfast, shower, exercise, and the like will help stimulate your creativity. The right song will pump you up, and a good jam might wake you up better than a cup of coffee.

Don’t worry, it’s just a phrase. "Eating a frog" means doing something you really don’t want to. (Okay, so it has something to do with eating the French cuisine.) There are likely plenty of items on your to-do list that don’t sound particularly appealing, but that really need to get done. Perhaps you have to get forms ready for your taxes or start fulfilling merchandise orders. It doesn’t matter what it is (after you’ve prioritized everything, of course), but you need to have at least one major "frog" on your order for the day, and it needs to be at the top. Getting something you hate out of the way at the beginning of your day makes you feel better and it frees up plenty of time for other projects.

What's in your morning routine? Let us know in the comments below!