Are Vinyl Subscription Clubs the Future of Analog Listening? 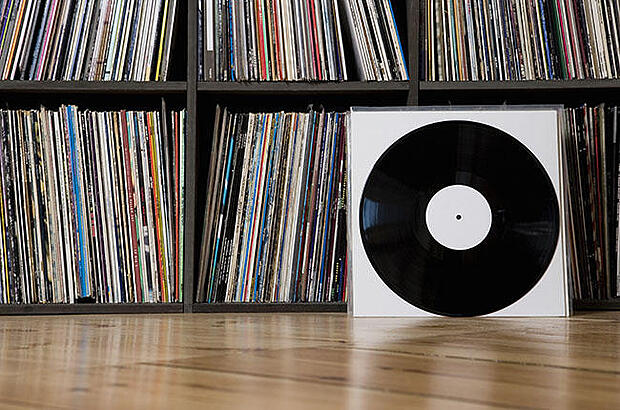 This article originally appeared on Billboard.

Nick Alt anticipated the recent resurgence of vinyl pretty early on. For years, the Los Angeles-based musician and producer (he counts St. Paul Peterson of Prince's bands the Family and the Time as an acquaintance and did production for Pomplamoose's Nataly Dawn) has been buying two copies of every vinyl record. "I always buy one for me, and one for whatever this is going to be," says the founder of VNYL, a recently Kickstarter-funded rent-a-record service self-described as the "Netflix of vinyl," and the "this" to which he refers. "It's like the stock market, right? You invest a little bit here, a little bit there over time, and suddenly you have a ridiculous amount of vinyl."

Alt's project, which delivers hand-curated playlists of three records – denoted with hashtags like #dinnerparty, #cooking, and, er, #betweenthesheets, to name a few – to subscribers, which they return to VNYL when finished or buy them for an additional cost, is part of a larger trend of vinyl subscription clubs that proliferated throughout 2014, even though such institutions have been around for a while (Third Man Records' Vault, for example, has been sending exclusive releases to consumers since 2009).

The reasons are severalfold. As has been often reported, the vinyl market is doing better than it has in a while: though it only makes up 3.4 percent of album sales and six percent of physical sales, the number of vinyl units sold grew by 52 percent last year to 9.2 million copies (up from 6.1 million in 2013); and for the seventh straight year, more vinyl albums were sold than in any other year since Nielsen started tracking music sales in 1991. The other, as Third Man co-founder Ben Swank pointed out, is a romantic reaction to increasingly everpresent, algorithmically curated playlists.

"There is such a glut of music," he told Billboard, "which in my opinion isn't a bad thing, but I think it can be hard for people to wade through it. People are looking for things that feel more personal to them. They want to find something they can be more in touch with, that speaks more to them, rather than having to troll through a million websites to find something that feels better to them. For someone who has an interest in Jack White or Third Man, this is ideal for them. It's a way to get something quality that you like without having to do too much homework."

Vinyl Me, Please is another vinyl record delivery business with similar motivations. For $23 a month, the company sends subscribers an album that's meant to help them discover new music or build on their record collection. "What we're looking for generally any month is a record that's amazing from start to finish," said company founder Matt Fiedler. "It has to be undeniably great, no matter the artist, genre, or time period. Not a good two or three tracks, or a good first half, but albums that are wholly complete. We ask labels, independent artists, and other people in our network what they recommend – genre, new or mid-tier artists, or classic reissues, and then we do a bunch of research and listening in terms of what kind of record could that bill."

In all cases, the users have some curatorial input. With labels like HoZac Records and Polyvinyl, which hosted a monthly singles club and a four-track series respectively, the subscriber is most likely already a fan of the label, as Swank suggested; with Vinyl Me, Please, which counts 7,300 subscribers in over 40 countries, people can opt out of a month if they don't like the chosen record, and opt back in once they do. Vinyl collectors, aspiring or hardcore, can also choose between alternatives like Feedbands, whose subscribers collectively choose each month's album for $14.95, and Vinyl Loops, which gives subscribers exclusive packages for new vinyl records.

But vinyl subscription clubs' foothold isn't a sure one. For one thing, Vinyl Me, Please's sales don't chart. In August, it was reported that Sylvan Esso's self-titled debut was bumped back onto the Billboard 200 because it was selected as the service's July record of the month. In September, a similar phenomenon happened with the War on Drugs' Lost in the Dream, which jumped from No. 120 to No. 81 the same week that Vinyl Me, Please sent out to subscribers 1,800 of the 2,300 sales reported by Nielsen Music. When Madvillain's decade-old LP Madvillainy, the September album, charted on the Billboard 200 ("It beat out The Beatles' mono reissue in terms of that week's sale, which is pretty cool," says Fiedler), Fiedler and his team got an email from Nielsen representatives.

"They said, 'We have some concerns about your record being in a bit of a grey area and not fitting into exactly what we're doing with sales reporting,'" he says. "In talking to them, there was a misunderstanding of what our business was. It's a huge bummer because we pushed 29,000 records last year, and 15,000 of those are not accounted for from a sales perspective. From our perspective, we don't gain anything from the record being on the charts, but it's a huge thing for the artists."

Billboard's Alex Vitoulis explains that the premise behind record-of-the-month clubs – that the consumer doesn't know what he or she is getting – means it's not considered a purchase in the eyes of what Nielsen tracks, regardless of whether the customer can opt out of a record they don't want to receive. He explains that the record clubs of yore, like Columbia House and BMG, sent exclusive releases without bar codes so they wouldn't be tracked by Nielsen. Third Man and other retailers like Hot Topic operate similarly: many of their releases are pressed on distinctive vinyl available only through their store or online. As for a club like VNYL, their future remains to be seen, but since Alt has already purchased the records at a store that tracks its sales, there are no issues with Nielsen.

Another setback is pressing plant delays, which is a big one facing the vinyl industry at large. Vinyl Me, Please uses Fat Possum as their de facto manufacturer and distributor, using them to press October's R.L. Burnside classic Too Bad Jim and this month's reissue of Youth Lagoon's Year of Hibernation, the first that Fat Possum assembled at its new pressing plant in Memphis. The company pays a licensing-per-unit royalty to labels that handle the manufacturing. "We have a preferred manufacturer because we've gotten caught with production delays that's put a record back by 10 weeks," says Fiedler. "Not something we can tolerate, being a record-of-the-month club."

Some industry sources also have skepticism about vinyl subscription clubs. "They don't prioritize any artist that isn't getting premium placement across all formats," says an employee at one independent label. "It's very much a digital mail-order Urban Outfitters. It's not like in the tradition of vinyl collecting. Does it encourage people to shop for vinyl, to get into vinyl, or do people stay in this one realm of getting vinyl?"

"While they're cool and curated, they're not really a major mover for us," says a major label worker. "It's a very specialty and niche audience that's not dominant in any way." But maybe that's the point. In a world where everyone's listening to tinny MP3s on their own headphones, it's a nice feeling to know that somewhere, someone might be putting a needle to the very same, very full groove that you are.

Harley Brown is a correspondent for Billboard covering all aspects of music. She was previously a freelancer for Pitchfork and the Village Voice, among others.