Ask A Music Journalist: How Should I Deal With a Bad Review? 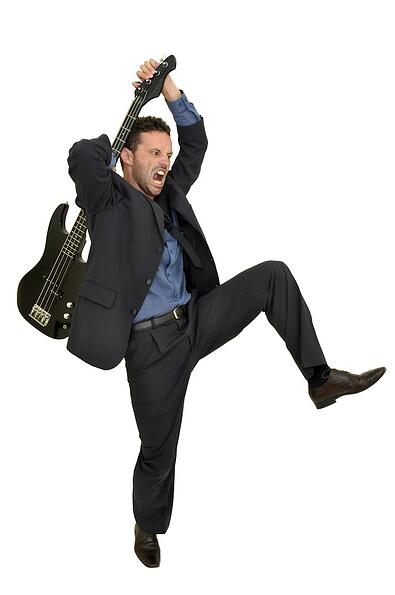 The relationship between artists and the press is a tense one, and never is this more on display than in the wake of a prominently placed negative review.

Lorde illustrated this late last month, in a Tumblr post lashing out at Complex magazine after it put the singer Iggy Azalea on its cover and gave her record, The New Classic, a thorough picking apart. This prompted Lorde to take to Tumblr for a mini-rant:

“bugs me how publications like complex will profile interesting artists in order to sell copies/get clicks and then shit on their records? it happens to me all the time- pitchfork and that ilk being like 'can we interview you?' after totally taking the piss out of me in a review. have a stance on an artist and stick to it. don’t act like you respect them then throw them under the bus.”

The post has over 10,000 notes, so it’s clear that many people agree with Lorde’s sentiment. Complex has already done a pretty handy job explaining why Lorde is wrong about the nature of music journalism and what, if anything, critics owe her and other artists.

We’re much more interested in what John Doe Reader thinks about what we write than what the artists think.

It’s been a long time since the “rock star who hates the press” schtick became a bad cliché. For some, like Bradford Cox of Deerhunter, it functions as part of a mystique. Cox is famously petulant in interviews, vocal about his disdain for the press, and known for snide on-stage banter. And this is only effective because he’s eschewed broader fame, staying largely outside the mainstream and publicly turning his venomous tongue on plenty of other targets as well. He may be acrid, but at leat he's consistent.

For an artist like Lorde, who so clearly desires fame and acclaim, to post this little foot-stomping diatribe is simply in poor taste, especially considering she pays someone (a publicist) to court attention from exactly the people she’s ranting against here.

There are so few graceful ways to respond to bad press. Nearly anything a band can do will read as petty and small and largely alienate anyone who is not already your fan. Lorde sold over a million copies of Pure Heroine. She already has the fans she needs, so she can spend some of her goodwill capital parroting that staid “Music journalists are just hacks and hangers-on” line without ever having to consider how it might hurt her image. Most artists are not so lucky.

This is not to say that you can’t come to your own defense in smaller, more private ways. I’ve seen the occasional cheeky retweet of a bad review by the band it’s about, usually accompanied by some silly, winking comment. I’ve also heard from other writer friends of the occasional band that emails after receiving a bad review, responding to specific points in the review. But the truth is, we’d rather not hear what bands think. We don’t write reviews for the bands, or to get in discussions, public or private, with bands about the merits of our reviews. We write reviews for our audiences, and we’re much more interested in what John Doe Reader thinks about what we write than what the artists who are the subject of our writing think about it.

Publicly flaming writers and publications who have given you attention, bad or good (all press is good press!), is sort of akin to going downtown and loudly talking smack about an ex or a friend you’ve fallen out with. It’s not very interesting to anyone outside your inner circle or your fanbase. When you have a fanbase as big as Lorde’s, sure, that’s over a million people who might find what you have to say interesting. The rest of us are just waiting for the chance to change the subject.