Ask a Music Journalist: Dos and Don'ts for Replying to an Email 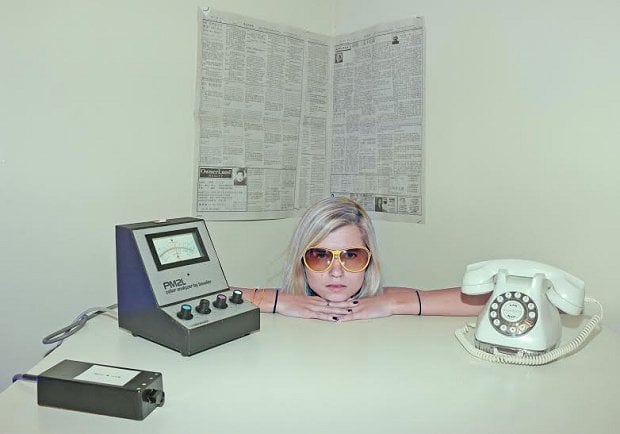 Do you check your band email as often as you check your text messages? Juggling multiple accounts can feel overwhelming, and we all know how quickly emails can pile up. Don't let them. Falling behind on responding to emails can lead to missed opportunities and send recipients the wrong message.

One pitfall is when nobody in the band is tasked with managing the account. This leads to a neglected inbox that's checked sporadically by different members. Take, for example, one artist I contacted about playing a showcase who responded with, "I apologize for the delay, we're not yet in a habit of checking this account, but we probably should be." Be ready to field important emails by being in the habit of checking the band's account every day.

Emails aren't simply correspondences; they're seeds of opportunity that, with the right approach, can either blossom or be squelched. Below are some tips for best maintaining connections and building momentum with every email that lands in your inbox.

Do: think of email as fan mail

Chances are if someone works in the music industry, especially bloggers and journalists, they're driven by the same thing that drives artists: a passion for music. Consider the nature of the request. Does the person want to license a song, schedule an interview, book you for a gig, or schedule a shoot? Then simply put, they're interested in you, which makes them a part of your fanbase. Be careful not to neglect this salient fanbase through unanswered or disingenuous emails.

While you won't be interested in every request that comes your way, replying with a courteous email communicates professionalism and leaves the recipient with a favorable impression, even if you're politely declining his or her invitation. He or she will appreciate the response and the favorable interaction will make him or her remember you, leaving the door open for future correspondences.

Do: respond to every email

Even if it's one or two sentences, get into the habit of responding to every email. Unanswered emails are missed opportunities for making a connection with someone who's interested in you and your music. If what the person is proposing isn't the right fit for the band, it's okay to graciously say so, as he or she may wish to connect you with somebody who is. The music industry is a tightly knit community, and if someone believes in your band, chances are he or she will want to help out if possible.

Corresponding with bands on a weekly basis, I've received a spectrum of emails. When a band doesn't respond to an inquiry, it tells me they're not interested, and I usually don't approach them again in the future. Consequently, if a band responds with a curt email, the same sentiment rings true. If you're not expressing interest, then I'm moving on to another band that does. One short email saying, "Thank you for thinking of us! We're not available for this opportunity, but please keep us in mind for future events" is all it takes to keep the lines of communication open. What's more, when a band tells me to keep them in mind, I do!

Don't: take too long to write back

Bands are often on the move or juggling different jobs or gigs, which can make managing emails challenging, but it's crucial for not missing opportunities. Often when I contact bands for a feature or gig, there's a small window in which everything needs to fall into place. Usually, when multiple bands are being contacted at once, it can lead to a first-come, first-served type of situation (depending on time constraints). A band that takes up to a week or longer to respond is typically out of luck, whereas the band that responds within 24 to 48 hours usually gets the gig.

Having a large number of people in a band can slow down the response rate since everyone has to give input and, if needed, check their calendars. If you're interested in an opportunity, I recommend responding right away with a quick note along the lines of, "Hey, this sounds like something we'd love to be part of. Let me check with the rest of the band and get back to you ASAP." That way, the person on the other line knows you're interested, and it buys you some time while everyone checks their schedules. If the other party really wants your band, he or she will then know to check in with you before committing to someone else.

Do: consider something extra

If you can't commit to an inquiry but would like to establish a strong connection with the individual, try to set something up for when you are available and consider connecting offline. If the person is in the same city as you, or you'll be stopping in his or her city while on tour, suggest meeting for coffee or drinks, or invite the person to be a guest at your next show. He or she might not take you up on the offer, but it's a nice gesture that will certainly be remembered. These gestures help you stand out from the crowd, positively reinforce connections, and makes the person on the other end feel valued.

Artists who make a point of having meaningful interactions with those they come in contact with (online and off) see their network not only grow in numbers, but also in power and influence. Amanda Palmer touches on the weight of these connections in her Ted Talk, "The Art of Asking."

These positive interactions create a connected web of people who will want to work with you again, recommend you to other people, and in turn, lead to new opportunities and exposure – and the cycle will repeat.

Likewise, poor email etiquette and standoffish interactions with those you meet will stunt your band's growth. If someone has a negative experience interacting with you, he or she is going to be less likely to contact you in the future, recommend you to others, and in some cases, may stop supporting the band altogether.

When someone connects with you, ultimately you want to positively reinforce this decision by being gracious and professional. After some time, your band will gain a reputation as being all-around awesome people to work with. So if you've got unanswered emails piling up in your inbox, start responding, start connecting, and see where it takes you.

Check out this article to brush up on your email etiquette and start working through your inbox more efficiently!