Ask a Publicist: How Do Bands Sabotage Their Own PR Campaigns? 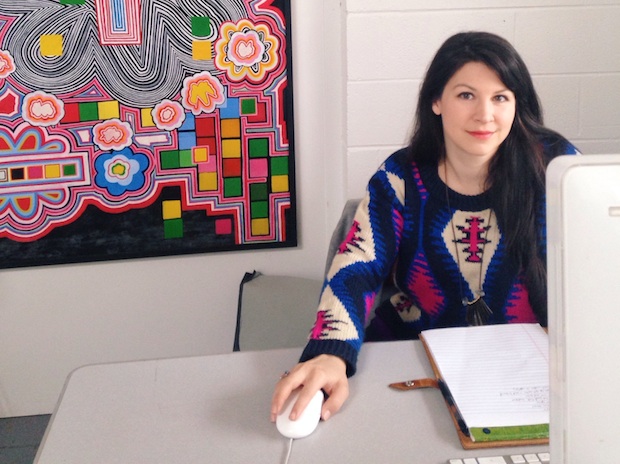 In our biweekly "Ask a Publicist” column, national publicist Alyssa DeHayes pulls back the curtain on PR, demystifying issues and offering advice.

During the time I've been a publicist, I've watched my colleagues and I garner national press for clients' tour and album releases, and even seen publicists and clients become the best of friends outside of their working relationship. I've seen bands carefully plan their album release so that their press campaign has the best possible chance of success, but I've also noticed some common mistakes bands make that put themselves at a disadvantage. Even if you're doing it yourself, much of the advice below still applies.

They don't plan ahead

Lack of lead time is a real killer. You likely spent a good bit of time and money making your record, so there's no need to rush to release it. While a publicist can't force an outlet to like something, they do know how much lead time that outlet needs to even consider an album for coverage. For instance, monthly music magazines are often planned three to six months in advance, while blogs can need anywhere from a few weeks to a few days. Allowing enough lead time is one of the few concrete, entirely-within-your-control factors of this ever-changing, fickle music world.

You can have rushed promotion, or a press campaign that respects the several months of lead time before album release date that writers tell me they need. (And this extends beyond publicity to other areas like booking tours.) You will see better results with more lead time, and you may shoot yourself in the foot if you try to rush things.

Communication is key in any working relationship. If you haven't indicated to your publicist which blogs are your favorites, or which you think your fans read, they won't know to put an extra emphasis there. If you don't tell your publicist you're going on tour, it's unlikely that they'll be able to secure tour press for you. Finding out that your client has a tour by seeing a Facebook post about them packing up the van is the worst feeling. Communicate, and communicate early, so your publicist has enough time to help you achieve your goals.

You can also communicate too much. While communication is a wonderful thing, it has to remain efficient. If it took you 10 emails to say what you could have said in one, that just took time away from work I could have been doing for you. Every hour your publicist spends responding to your emails and going over everything with you on conference calls is an hour they aren't spending doing the job you hired them to do. Find a balance between good communication, and nonstop emails and phone calls to ask questions which would be answered in your next scheduled report.

This is another lesson that extends beyond the client-publicist relationship: be respectful of other peoples' time. A concise email is likely to be answered faster than a lengthy one. Be direct and efficient when you need something from someone, and more things will get done.

They have a lousy attitude

While you're being a great communicator, keep your tone in mind. Entering into a campaign with a defensive, suspicious attitude doesn't help anyone. Would you find a micro-managed work situation conducive? Would you work harder for a condescending client, or an enthusiastic and positive client? You and your publicist are on the same team. They want you to have lots of press! They're frustrated right alongside you when one of their press contacts listens to your album and chooses not to cover it.

Act like a team, and remember that you hired them because they have more knowledge in this area that you do. Back to the over-communication point: when a client has a bad attitude, it causes me to take time away from getting work done for them in order to respond to cranky emails and work on our smoothing out our relationship. I'd much rather spend that time contacting press about your album.

When it comes to writers, unless it's sending out a thank you note to someone who covered you, you're best off leaving the communication to the communicator you hired. It only seems to complicate things when I learn that a band is also pitching the same writers I'm pitching, or worse, when they've sent an angry email to someone who gave them negative coverage, or no coverage at all. People typically don't want to support someone who is rude to them.

They have unrealistic expectations

If your expectations are unrealistic—if you expect to be launched suddently from a fame catapult, for instance—a great press campaign and album release are going to feel like a failure to you, and you won't be able to enjoy your success. The press you've received will be ignored while you lament not getting coverage from Rolling Stone for your debut EP.  Everyone measures success differently. If your idea of success is far-fetched and unrealistic, then you're setting yourself up for failure on your own terms.

If you have any videos, you likely spent some time and money on them, or lucked into a videographer friend who toiled away for you. Before you turn it live and post it to your Facebook page, take the time to share these items strategically. Sure, it might take a few weeks for your publicist to find an outlet who agrees to premiere it and secure a date on their calendar, but you'll get more mileage out of that video that you would have rushing to blast it out on social media on your own.

I've watched bands hire publicists, then impatiently share all their materials on their own on social media channels, leaving their publicist with very little new and unreleased items to pitch to press, who like exclusives and unreleased work. The more materials your publicist has to work with, the better chances they'll have of bringing you back results.

They double up on publicists

While it may seem counterintuitive, hiring two publicists does not mean twice the press. It typically means confusion and a waste of money. While this has fortunately only happened a small handful of times, I've noticed an active client on another firm's roster, and reached out to the other publicist to learn that we both thought we were the sole publicist on a project, and we've been wasting time by going after the same targets, crossing wires by directing people toward different singles, and probably annoying some writers in the process from the double emails. Make sure the people you hire have clear and separate functions, like a publicist and a radio promoter do.

Alyssa DeHayes is a national publicist for labels and independent artists at Team Clermont. Send her your burning music PR questions to get answers in a future "Ask a Publicist" column.